We as a people have gone through much, for Slavery that was brutally inflicted, is a historical fact, yet many have been indoctrinated to accept the whitewashing of it. In contrast, the Jews would never buy into such indoctrination as they defend their right to speak of the Holocaust, without reservations.

In fact, the very history which highlights the Holocaust has successfully erased the 15 million Congolese murdered by King Leopold II of Belgium. Certainly, the Black Congolese lives didn’t matter then, in so much as a simple mural of Black Lives Matter created anger in many, including Bibi Shadick of PPP. For they would rather we not speak of our past and present as they disguise their true intent in proffering that all lives matter, which we never doubted.

But the very mention of Bibi Shadick has brought to my recollections, the election impasse. Surely that was a painful period for many who look like me. The nasty racist names, not printable in such a reputable newspaper. But we took our racist attacks like men and women as PPP travelled to the East Coast Demerara to reward those who prayed for Mr. Granger return from Cuba, in a body bag.

And speaking of abuse, the murder of the Henry boys lacerated my thought, as tears escaped my eyes. Certainly, many felt that agonising pain, as they peacefully protested, only to be disparagingly labelled terrorist. Mind you, they weren’t threatening the Minister of Foreign Affairs while attempting to turn turtle her vehicle, as she shook with fear in the backseat. And yes she is a woman. A Black woman, so no one speaketh of women rights.

But we must explore the unilateral termination of contracts of those without due process. Many are women. Many are single parents. Many are Black women. Please remind me of how many voices came out in condemnation of these undemocratic acts, in defence of our women? Then Covid we’ve all read, seen and experienced. Nearly 700 dead, resulting in many inconsolable orphans. We grew up as orphans which was certainly very difficult. But query I must, of those who are now dead, how many were women? Hundreds I would guess. Painfully, death is final. No coming back. I can relate to such, which dawn on me one year after my mother’s death. And mental scars I live with today. Yet silence for the deaths of these hundreds of women.

Now our future is without futures because of PPP, who careless. How is this possible in modern times? Our children are 18 months without school. Many are girls. But many of us would retrieve our periscopes to look over to Afghanistan, writing and speaking diatribe of the Talibans denying their girls an education, while in our backyard our girls are being education deprived. Where are our women rights activist?

Then the very long suffering children were used as political pawns by PPP- Because we care of $19,000. Can that compensate for the futures loss? The aspiring doctors and lawyers now relegated to futures of cleaners and beggars, thanks to Priya Manickchand and PPP. Where are the women advocates?

And what about the politics of vaccinating our education denied children. Photo opportunity with long speeches on science which they know not. And as Priya Manickchand speaketh hogwash, our schools, after over a year, are still not WHO Covid compliant. Many of those teachers are women. Ten of thousands of those students are girls. Where are our women advocates?

But I must bring to the fore the PPP intentional Noah flooding in Success, which flooded out the homes of many single parent women. Where were our women defenders? And many young girls lived in those very homes, having to witness powerful pumps, pumping water in their sleeping areas. Where were the women rights advocates?

For Priya Manickchand is arrogant and patronising to say the least. When the teachers raised their concerns, rather than convening a meeting to hear their concerns, like a civilised being, Priya Manickchand released another of her verbal assaults on the teachers. The teachers certainly have had enough of her uncivilised behaviour, aptly analogised her actions to that of a wild animal. Now all the women rights advocates are out in the defence of the very Minister who destroyed the futures of our young girls while putting our women teachers in harm’s way. These very women advocates were silent when Priya Manickchand verbally attacked our female teachers. Why?

For I am not like most. I do not forget. I do not forgive. For those qualities I’ve inherited from my ancestors. Indeed, if they were the forgetting and forgiving types, we would have still been slaves. And I say this because Priya Manickchand and in extension PPP have done worse to our girls and women. Priya Manickchand has certainly recovered from being labelled a wild animal. Many politicians around the globe were called worst. Tony Blair and George Bush were labelled murderers for invading Iraq. Lady Tatcher was labelled the “B” word on multiple occasions. Many have spoken ill of Kamala Harris past relationships. Hillary Clinton endured many verbal assaults. Certainly, that does not make these acts right but they serve to highlight that Priya Manickchand name calling, which she instigated, is kids play. The fact is, our girls are innocent and will never recover from what Priya Manickchand and in extension PPP have inflicted on them- No viable futures. Who is speaking up for them?

For PPP is not a principled group, therefore principles should be thrown out the window when dealing with them. In fact, the Israelites approach is more appropriate. But we have been indoctrinated to turn the other cheek. The very reason why we are in the position where in, and will continue to be in, until we adapt a beast mode when fighting a beast.

Sat Sep 18 , 2021
Support Village Voice News With a Donation of Your Choice. This is the final part of Village Voice interview with Dr. Richard Van West-Charles, public health professional, former Minister of Health, Housing and Water, PAHO/WHO Representative, on the novel COVID-19. Q. Is the Government’s COVID-19 ever evolving policies engendering compliance or resistance? Please explain. A. The approach of the Government […] 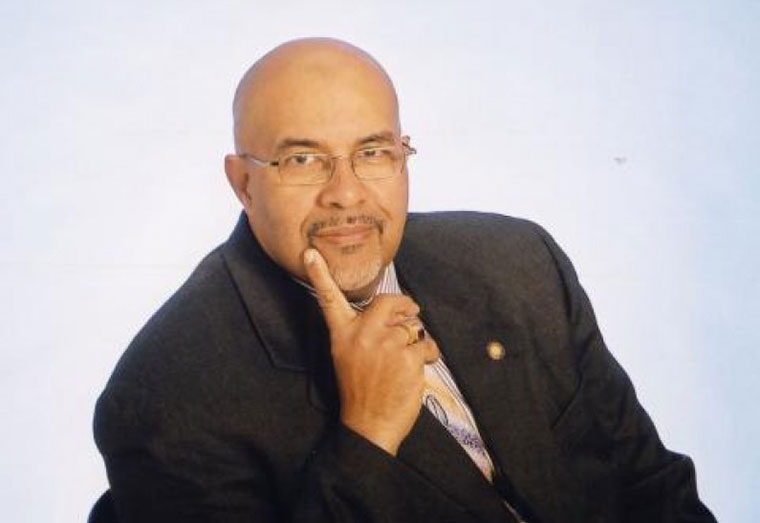