As the covid pandemic rages in the world, governments are making efforts to protect its citizens to preserve lives and minimise the impact on society. The world has seen more than 4.6 million deaths since January 2000 when the presence of the virus was announced. One would expect this would be sufficient evidence of the deadly trend of the virus and as such vaccination and other recommended public health measures, such as social distancing, isolation, masking, washing hands, etc. would readily get the support of citizenry.

Instead, many countries are inundated with major challenges to vaccinate, and this is due in significant measure to circulating conspiracy theories, spread with equal if not more fervour to the vulnerable and gullible. Anti-vaxxers conspirators include many well credentialed persons and others posing as well credentialed. Social media has become the breathing ground with many fake media houses vaccine messages and others carefully crafted to create doubts and confusions.

Guyana finds itself in a very unfortunate situation. Citizens are caught between conspiracy theorists and government’s ineptitude and failure to promote confidence in its ability to protect and deliver to them a plan and programme that is inclusive of stakeholders, and representative of the population. Government has failed to espouse public belief and trust it has the best interest of all citizens at heart and is prepared to ensure Guyanese receive vaccines from credible and reliable sources. It has also failed in establishing transparency in its operation by denying inclusion of the major opposition.

Government has compounded all these challenges in the recent acquisition of the Sputnik V vaccine (not yet approved by the World Health Organisation) and purchased from questionable sources. Guyanese are yet to have a breakdown of the administration of the vaccine according to the various demographics. As such it is no wonder many have lost confidence and are reacting negatively, posing a challenge even to mandating vaccines, causing government to gazette an order that disallows the unvaccinated and those without a negative PCR test, from entering public and private businesses.

There is rising tension in Guyana from the forced mandating and subsequent lockouts. Healthcare workers are being shut out from caring for the sick and vulnerable. Government has a responsibility to ensure adequate public health information is disseminated that would help citizens to make better choices as to the importance of being vaccinated. Instead, the government appears comfortable with the creation and maintenance of disorderliness, driving people further away from accepting vaccination rather than bringing them to an understanding of its importance, not only to their health and that of the family and community but to the nation.

In the United States of America there has been some move towards requiring vaccines for certain categories of workers or consequences will befall them. However, it needs to be made clear that the vaccines in the USA are WHO approved and engendered greater confidence. The Federal Government, Centres for Disease Control and Prevention (CDC), and the National Institute of Health (NIH) are ensuring that communication flow is based on scientific evidence and transparent to promote public trust and confidence.

In some neighbouring CARICOM countries, the situation is different from Guyana. In Trinidad and Tobago, Prime Minister Dr. Keith Rowley very early said he will not compromise the lives of not one Trinidadian and Tobagonian and stated that his government will be driven by science and not politics. In Jamaica and Barbados Prime Ministers Andrew Holness and Mia Mottley are walking around the islands and engaging the citizens. What all three countries have in common is the reliance on science and WHO approved vaccines.

The management of the pandemic in other countries is way more organised compared to Guyana where a government that acts hostile on a normal basis to half of the society and excluded the political opposition, is mandating the use of a vaccine that has not satisfied the criteria for WHO approval. The Opposition does not have to sit in the hallowed halls of Parliament to frontally address its supporters and this nation on the importance of vaccination and the wisdom of accepting WHO approved vaccine which offers individuals a better chance of surviving COVID should they contract the deadly virus.

Guyanese are being done a grave disservice in the absence of focused, credible and scientific messaging from all quarters. The voice of former PAHO/WHO public health professional Dr. Richard Van West-Charles is a refreshing voice in the wilderness that deserves more attention and widespread coverage. It is sad to see that even the opposition that he is a part of is not utilising his knowledge, skill, and experience to address the government and help to educate Guyana in this time of crisis where all skills are needed on board.

Using her talent and influence to promote LGBQT Rights

Sun Sep 12 , 2021
Support Village Voice News With a Donation of Your Choice. Mz Fontaine was born in June 1978 in Guyana and given the birth name Naomi Romeo. At age 12, with the help of a sister, she emigrated to the United Kingdom (UK) and has made her name on the music scene.  Time Out UK magazine referred to her as the “first […] 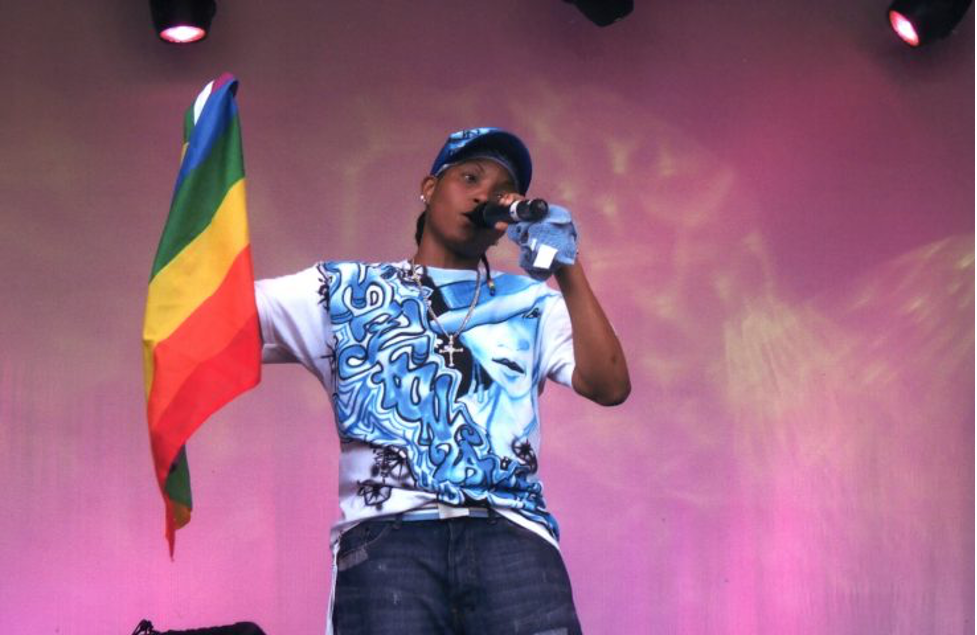