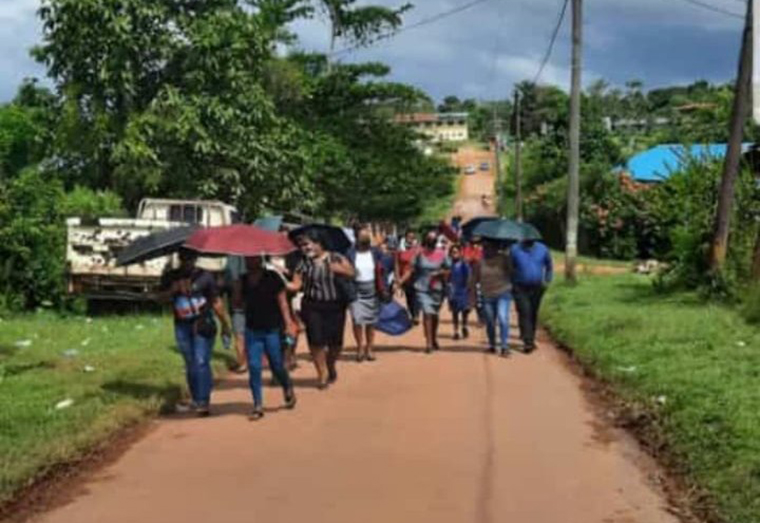 More than three dozen teachers attached to the Port Kaituma Primary School as well as the nursery school at the Region One community have downed tools, as they voice their support for the Guyana Teacher’s Union (GTU) call for a nationwide strike action over the government ‘s mandatory vaccination policy and face- to-face learning.
On Tuesday the GTU’s executive and teachers across the country deliberated and came to a decision to call for the strike action citing the government’s policy regarding mandatory COVID vaccination of teachers as the main reason  behind the strike. In addition  the union believes that many schools are not prepared or equipped for the resumption of face-to-face learning.

The teachers at Port Kaituma, 32 from the primary school and 9 from the other schools, teamed up and protested in front of the primary school.  A senior teacher noted that while she is fully vaccinated , she is in full support of her unvaccinated colleagues, noting that vaccination should be a choice. In addition, a senior teacher noted that she is unsure whether the parents visiting the school are vaccinated although she took both jabs.

At Lethem , parents of students attached to the Arapaima Primary and Nursery schools were asked to uplift their children on Wednesday from school as the teachers were going on strike. Parents were told that the strike is indefinite while some were told to wait until Monday for further information.

Since Monday when school officially reopened to face-to-face learning , teachers who are unvaccinated have been locked out of the school compounds across the country. One teacher at Wauna Primary in the North West District posted on social media about her plight and reports are that a senior education official later instructed the administration of the school to let the unvaccinated teachers inside the building.

The GTU has asked its members to down tools, including ceasing virtual learning as it noted the governments approach to the issue as being dictatorial.

The move to reopen school comes at a time when the number of COVID-19 cases in Guyana continue to sure , with more than 2000 active cases recorded. Late on Tuesday night, a video of s child seeking medical attention after receiving her first jab of the Pfizer vaccine drew emotional outbursts from the public. The Ministry of Health noted that the child received medical attention and was discharged from the hospital . It said she was resting at home comfortably. This was disputed by the child’s mother who said she spent the entire night at the Georgetown Public Hospital Corporation in a serious condition.

Guyana is the only country in CARICOM with  a high population which has decided to reopen school to face-to-face learning.

Wed Sep 8 , 2021
Support Village Voice News With a Donation of Your Choice. A thirty one year old businessman of Armadale West Coasat Berbice died after he lost control of his vehicle while driving along the West Berbice Highway at #8 Village WCB Wednesday afternoon. The dead man was identified as Remy Ramsammy owner and proprietor of the Fix It Tyre Shop at  […] 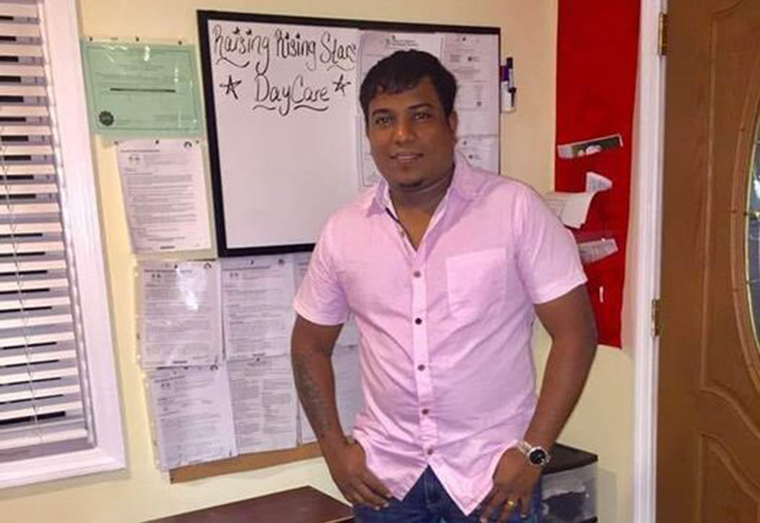