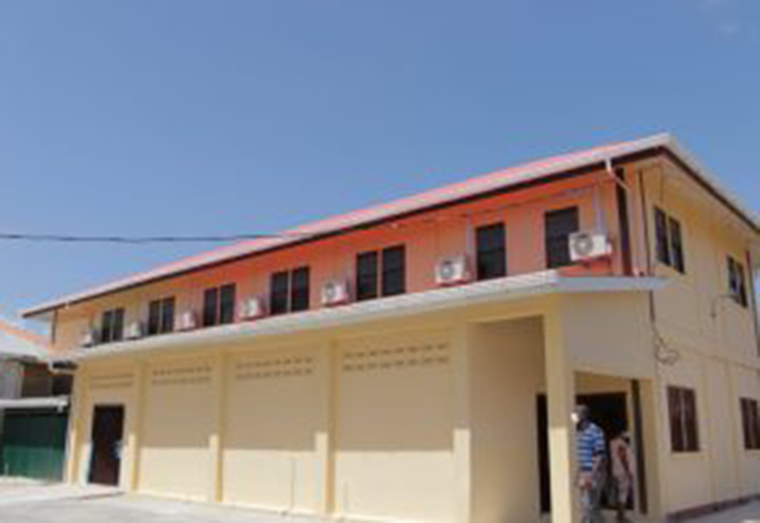 Staff attached to the Enmore Polyclinic on the East Coast of Demerara erupted in a furore on Tuesday after a patient care assistant authorised a clerk at the facility to stamp a COVID-19 vaccine book which a man presented to the facility.

IT was noted that while the facility provided the vaccine to patients in the past few months, persons with queries are sent to the Senior Health Visitor at the Melanie Health Centre or the Ministry of Health for clarifications.

As such, the protocols to get the booklet stamped were bypassed by the patient care assistant. Reports are that a doctor on duty at the facility was also called to provide guidance and she informed the staff that while the protocols are there, the nurse whose signature was on the book may had the man in her memory  and as such , it was ok for the booklet to be stamped.

However, it was noted by a source that anyone can turn up with a booklet and indicate that its authentic. In addition, a source noted that persons can also forge the signature of vaccine staff. The incident led to a loud quarrel among the staff , mainly with the patient care assistant holding out that she has the right to greenlight the booklet being stamped with the Enmore facility’s stamp. The nurses were angry at the woman’s actions and according to a patient who witnessed the incident, the nurses were of the belief that mischief was afoot regarding the booklet being stamped at the facility.

In recent months, a number of incidents have arisen  in which persons have been placed before the courts for forging the booklets. Early in August, the Ministry of Health said it was probing claims of false vaccination booklets being in circulation.

Minister of Health Dr Frank  Anthony said at the time that persons found in possession of bogus documents would face the law.Thus, far two matters have been before the courts on the issue .

The vaccination card has been deemed essential for persons seeking to entre public buildings and facilities according to gazzetted orders. In addition , commercial banks have begun enforcing the mandatory requirement for persons to present the booklet before entering the institutions. The requirement was made this week in keeping with updated gazzetted orders.

Wed Sep 8 , 2021
Support Village Voice News With a Donation of Your Choice. The main opposition – the A Partnership for National Unity + Alliance For Change (APNU+AFC) – said it notes with concern the agreement signed by the Heads of Delegation of the Bolivarian Republic of Venezuela and the Unity Platform of Venezuela on September 6, 2021 in Mexico City, Mexico. “The […]