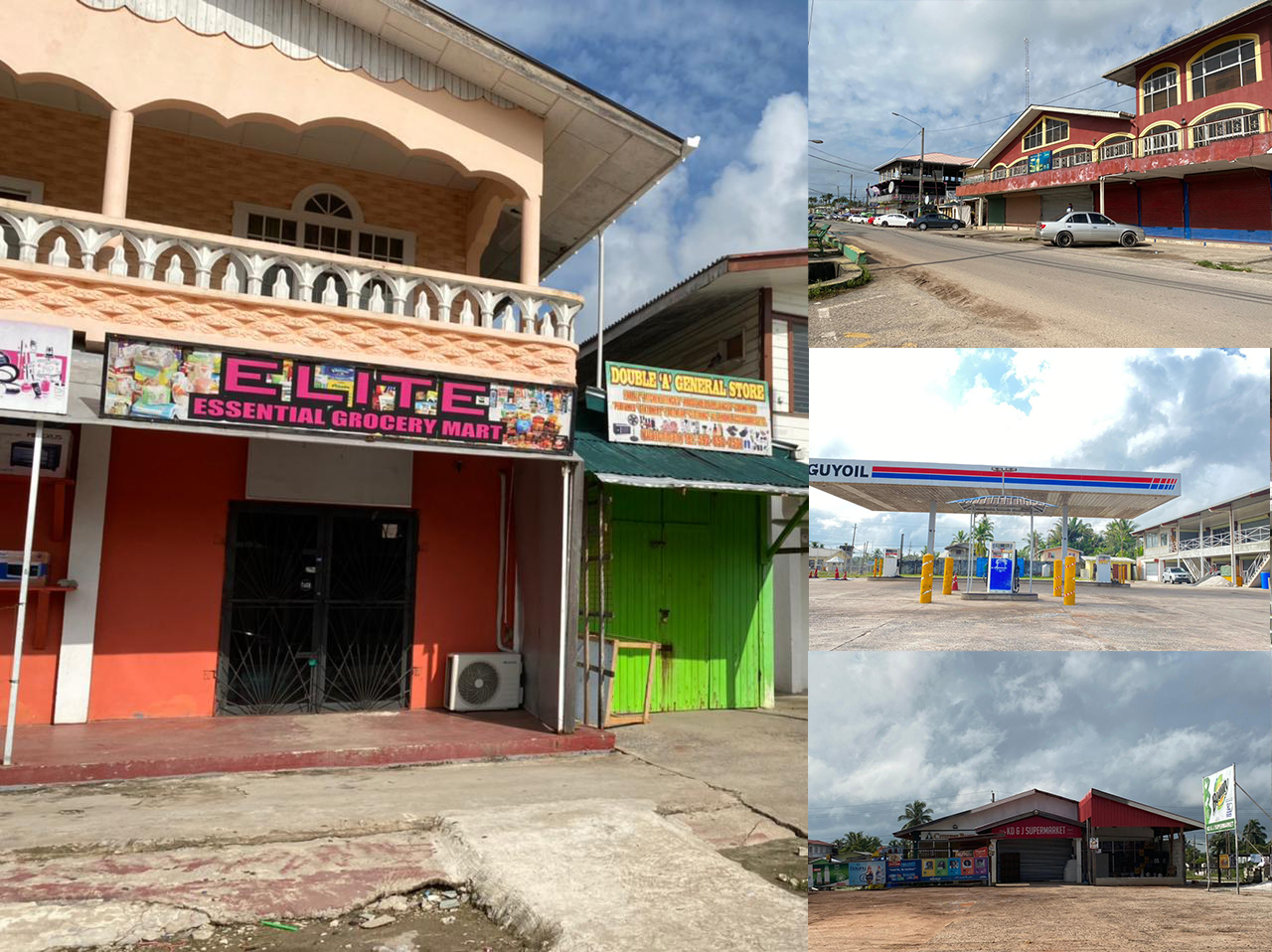 Today the streets of Linden, Kwakwani and other communities in Region 10 were at a standstill as businesses closed their doors and public servants withheld their services in support of the region’s shutdown aimed at boycotting the government’s mandatory vaccination agenda.

Additionally, most schools were shut and public transportation operators also parked their vehicles.

The 12-hour lockdown which commenced on Monday at 6am and ended at 18:00 hrs was endorsed by the Regional Members of Parliament, Jermaine Figueira and Devin Sears; Regional Chairman, Deron Adams, and Mayor of Linden, Waneka Arindell.

The shutdown was a form of protest action against the COVID-19 Emergency Measures being taken by the implemented by the Government of Guyana.

As of September 4, 2021 persons are required to be vaccinated to enter Ministries or Government Agency, public and private buildings. Where a person is unvaccinated, a negative molecular PCR test is mandatory.

Although the shutdown began peacefully, efforts were made by two unidentified men with t-shirts on their faces to obstruct the peace.

The men reportedly set fire to tires and other materials in front of Member of Parliament, Jermaine Figueira’s parent’s home.

Nevertheless, efforts were made by Firefighters and Police to put out the fire and clear the road.

In a statement made by Figueira, he noted that the fire was lit to give an impression of disorder.

“The people of region ten are engaged in a very successful shut down and it is our believe that the ppp is shocked by the success of this undertaking by our people’s demonstration of unity in this fight,” Figueira stated.

However, he added, “Some rogue elements who represent a particular organization in this regard, have used their coward elements to block the road directly in front of one of our leaders’ parents’ business premises to give an impression of disorder in our peaceful protest and at the said time to send a message directly to our leadership.”

Figueira went on to say, “We in Region 10 strongly resent this type of politics that brings leaders family members and their businesses into their plot to get to our leadership. Stop this forthwith! We will not be deterred, discouraged or persuaded from representing our people, due to these reckless and dangerous shenanigans.

The member of parliament indicated that the people of Region 10 will remain resolute in defense of their civil liberties and human rights.

The shutdown came to an end with a motorcade carried out by the members of the transportation sector that honked horns through the streets of Mackenzie Wismar, Linden to indicate their stand against mandatory vaccination.

In an interview with the Regional Chairman of Region 10, Deron Adams, Village Voice News was told that he met with Prime Minister Mark Phillips as well as the Minister of Health, Dr. Frank Anthony to discuss the concerns of the people of Region 10.

Adams said while he believes that vaccination is critical in the fight to combat the disease, he does not support the imposition of the COVID-19 vaccines on citizens.

“While I support the vaccines, it cannot be done in a mandatory way, we need to allow persons to take charge of their lives. Let them consult with their doctors, let them be given all of the information, and I believe that they will make an informed decision,” he posited.

The Regional Chairman said during the meetings with the Prime Minister and the Minister of Health, he made a case for the government to change its approach towards the unvaccinated.

He said while the Regional Democratic Council has been encouraging residents of the district to take the vaccine, the imposition of the vaccine on citizens will not help. Adams made it clear that the region will resist any and all dictatorial and or discriminatory practices.

“Despite all the atrocities, the residents of Region 10 have a proud history of standing resolutely in the face of oppression, and we will continue to do so as a united body. We stand united to continually reject the government’s dictatorial imposition being placed on our people, and we will resist and fight against it at all costs,” Adams stated.

Mon Sep 6 , 2021
Support Village Voice News With a Donation of Your Choice. Police are investigating the murder of a man by his son on the island of Wakenaam, Essequibo. In a press release police said initial reports are that the man and his son had left for the backdam but the son returned, claiming of feeling unwell. When asked the whereabouts of […]