In a letter dated September 2, 2021, addressed to People’s National Congress Reform (PNCR) Central Executive Committee Members, Party Leader David Granger made known his intent to take “temporary leave of absence to enjoy a brief vacation.” In typical Granger’s style this is not without controversy and sets a precedent of leave of absence (LOA) from leadership of the political party.

Notably his LOA is only for the PNCR. No mention was made of going on LOA for his other two portfolios as Leader of the A Partnership for National Unity (APNU) and by extension the APNU+AFC (Alliance For Change) coalition, which he has held for considerable periods.

Mr. Granger is not begrudged taking time off “to attend to his personal matters.” However, absent from his letter of notification is the duration of his intended absence. Of concern is why he needs LOA from the PNCR and not LOA from the APNU and coalition, and what rest does he expect to get by not taking LOA from the latter two? The APNU has become a virtual shell under his leadership.

Many are of the view that Granger, notwithstanding informing his party and by extension the public he is proceeding on leave, has been on leave for quite some time. During the last election he was virtually a no show and post election has gone further into his man cave, and more distant from party supporters and the public.  He seems content or thinks it is sufficient to surface once a week on his programme, In the Public Interest.

The current dilemma that faces party supporters, and the nation, who are traumatised daily by the People’s Progressive Party/Civic (PPP/C) overt aggression, growing discriminatory acts, and marginalisation have been met with stoic silence from Granger. Grave injustices are being meted out to staffers of the Guyana Elections Commission and other government offices but have seen little to no political muscles being used to exert the power of a watchful, engaged political party.

There are instances where a few opposition politicians have been noted at the minibus/hire cars and workers protest and support rallies, but it does not appear to be an organised, deliberative engagement capable of engaging muscles to hold the government accountable. In all of this Granger has been absent, and in so doing has miniaturised the potency of the PNCR as a formidable opponent to the PPP/C excesses. From all appearances he has been on LOA in perpetuity.

Mr. Granger’s indefinite LOA is an act of deception. It seems a more plausible reason for his leave is an attempt to thwart the efforts of party members seeking his removal due to ineptitude. He should face the party people not run from them and seek to avoid the calling of Congress. If he cannot shape up it is better for the party for him to ship out. Members of the Central Executive should not allow themselves to be disabled by his antics and should seek to operate within the confines of the Party constitution and hold the Congress.

Using the arts, language and media as catalyst for activism and social change

Sun Sep 5 , 2021
Support Village Voice News With a Donation of Your Choice. Grace is Guyanese by birth.  At age fourteen she migrated to the United States and has made a name for herself and country. Her work includes several multi-media projects on the cultural and artistic production of Guyana and the Diaspora, using arts and language to stir activism and influence social change. As a […] 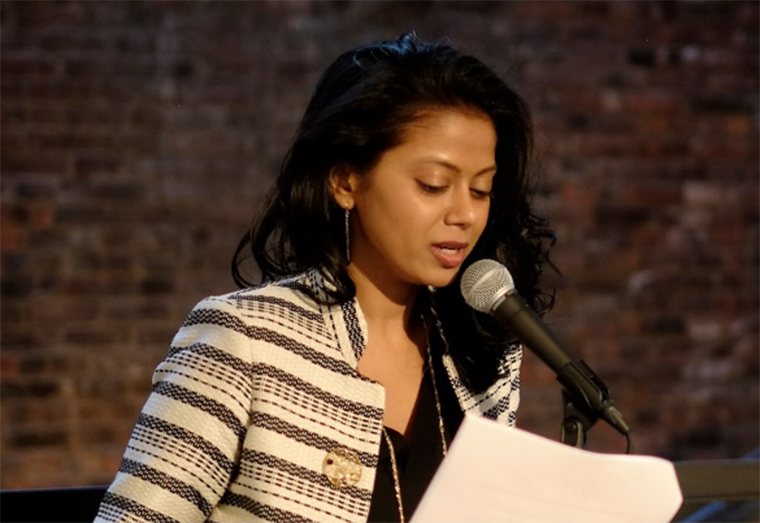