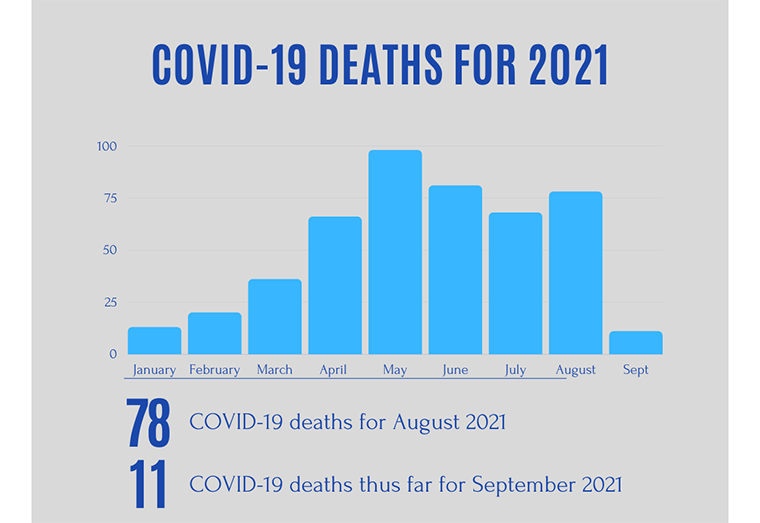 Even with the country’s ongoing vaccination campaign, COVID-19 deaths in Guyana are increasing once again as August is the only month since June that has not experienced a decline in deaths when compared to the previous month.

Also worrying is that only three days into September a total of 11 deaths were recorded. There were as many as 7 deaths on September 1. It would appear as if the restart of a higher number of COVID deaths per day would have continued on from August which also saw 7 deaths on August 31 and 6 deaths on August 15. Meanwhile, four deaths daily was a common occurrence for the month.

The COVID-19 death toll is now at 636 as of September 3, 2021, with 33 in the COVID-19 ICU and 161 new cases. In a statement on Friday, the Guyana Public Service Union (GPSU) pointed out that ICU admissions are at an “all-time high” of 33 patients despite the Government’s aim to provide quality health care. It said that this is even as Head of Medical Services at the GPHC, Dr. Mahendra Carpen has predicted a 300 percent increase in COVID 19 cases.

The Union noted that the newly implemented mandatory vaccination measures have not helped the situation, especially at healthcare facilities where numerous unvaccinated health workers are being locked out for failure to present a vaccination card of a negative PCR test. “The decreased nurse/patient ratio from this failed policy has only worsened patient care and limited services, particularly at the main referral hospital, Georgetown Public Hospital Corporation. Patients have decried the non-issuing of medication, infrequency in change of dressing and long waiting time as a result of the staff shortage,” the Union said.

Over 318,000 persons have been vaccinated with their first dose in Guyana while over 166,000 are fully vaccinated. “Our vaccines, we know, work. Vaccines are safe; they are protective, and the evidence we have had so far is that people who are fully vaccinated are not going to get the more severe form of the disease or end up in the ICU, or dying from COVID,” Health Minister, Dr. Frank Anthony has stated. However, recent reports also state that two fully vaccinated patients have died from COVID-19 in Guyana. The Minister of Health explained that they were both severely ill with a range of illnesses including heart disease and the vaccine was not responsible for their deaths. Outside of COVID-19, he said that their prognosis would have been poor nonetheless.

Sun Sep 5 , 2021
Support Village Voice News With a Donation of Your Choice. – GPSU vows to resist forced vaccination on public servants   The Guyana Public Service Unions (GPSU) has flayed Attorney General and Minister of Legal Affairs, Anil Nandlall for attacking the Trade Unions in Guyana which have joined forces to challenge the Government’s COVID-19 protocols and vaccination requirements. The legal proceeding initiated in the High […] 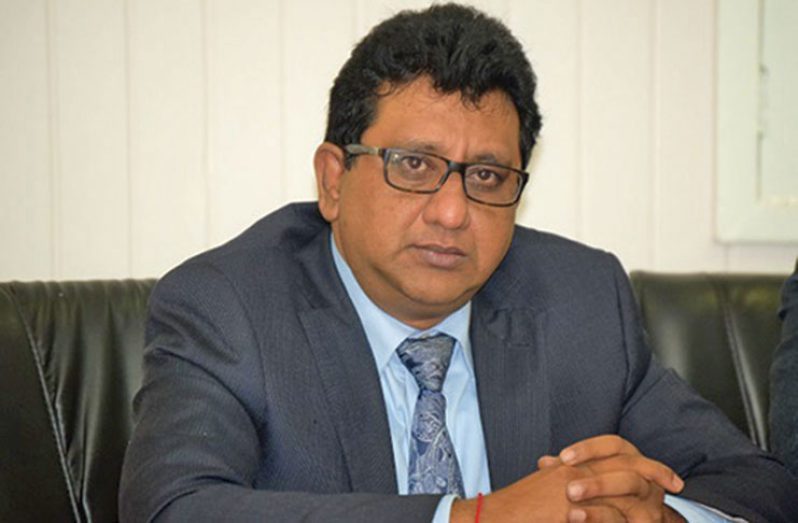