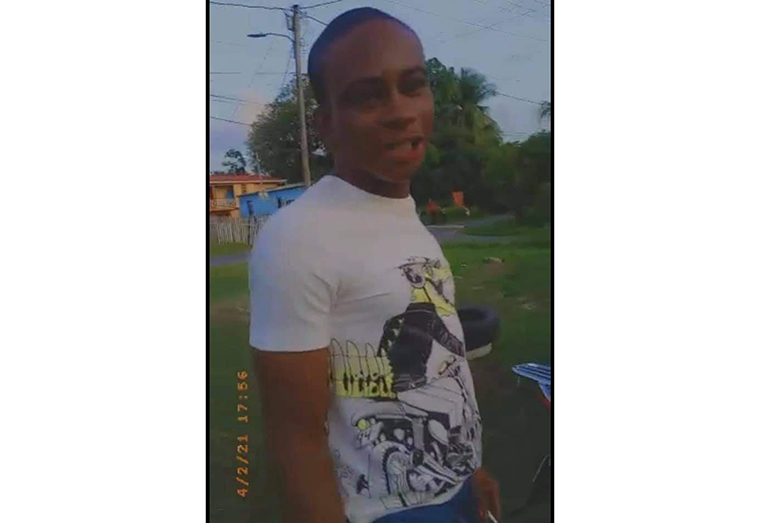 A 26-year-old man and his girlfriend were shot and killed early Thursday morning in Sophia, police have confirmed.

Dead are: Daniel Fraser and Shanicka Forde. The couple was on their way home to Fraser’s house in Sophia when they were gunned down.

Police in a statement said that the 26-year-old Fraser is a Lance Corporal of the Guyana Defence Force and of Lot 598 A Field Sophia.
Forde 23-year-old was residing in Barbados and was staying at  a friend in South Sophia, on vacation for the past three months.

According to the police enquiries disclosed that on Wednesday night the pair was liming at a shop at C Field Sophia.

They then left to go home on motorcycle CK 9296 owned by Daniel Fraser.

As they were heading west along last street ‘B’ Field Sophia, they were confronted by an unknown male who approached them from a northerly direction on a bicycle and discharged six rounds at Fraser and Forde causing them to fall on the ground.

The suspect then rode away in a westerly direction and made good his escape.

Fraser and Forde were picked up by Fraser’s brother Darrell Fraser and taken to the Georgetown Public Hospital in a taxi where they were pronounced dead on arrival. Fraser sustained one gunshot wound to his chest while Forde received three shots –  one to the chest, one to her  right knee and one to the right side abdomen which exited the left side abdomen.

The bodies are currently at the Georgetown Public Hospital mortuary awaiting post mortem examination.
Checks were made for the suspect but without success, police said.

PAHO: 75% of Caribbean yet to be full vaccinated

Thu Sep 2 , 2021
Support Village Voice News With a Donation of Your Choice. —urges expansion vaccine access Washington, D.C. September 1, 2021 (PAHO) Pan American Health Organisation Director Carissa F. Etienne has warned that 75% of the population in Latin America and the Caribbean has yet to be fully vaccinated against COVID-19 and reported that PAHO is accelerating its drive to expand vaccine […]