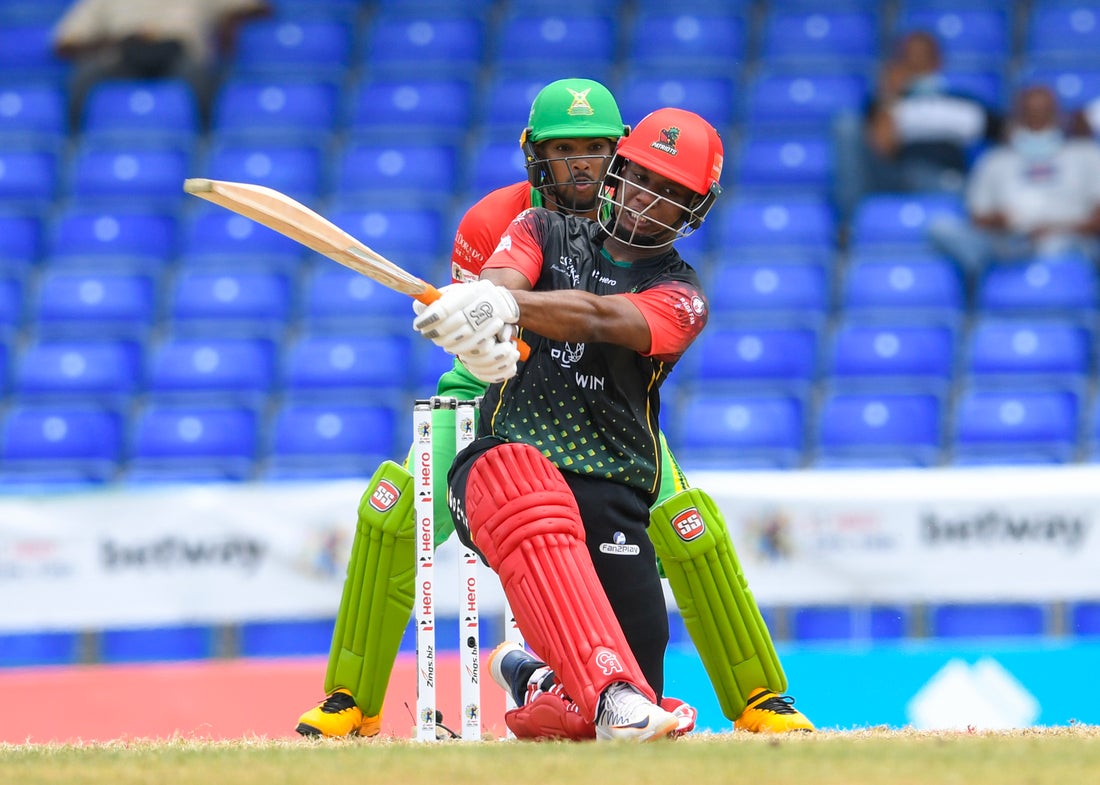 The St Kitts & Nevis Patriots made in two wins out of two at the 2021 Hero Caribbean Premier League (CPL) against Guyana Amazon Warriors thanks to wickets from Dominic Drakes and runs from Evin Lewis and Devon Thomas.

The Warriors innings stuttered at the beginning before some later order runs took them to a respectable total. In their first match against the Trinbago Knight Riders the Warriors defended a similar total. In this match a stunning opening stand of 113 between Lewis and Thomas took the Patriots to a eight wicket win.

The Warriors won the toss and elected to bat, but they struggled to get their innings underway in the face of some tidy bowling from the Patriots. Drakes was the star but there were excellent spells inside the PowerPlay from Sheldon Cottrell and Paul van Meekeren.  It was Cottrell who got the first breakthrough when he had Brandon King caught by Sherfane Rutherford off a leading edge. The Warriors once again pushed Odean Smith up the order as a pinch hitter but he didn’t have the same success as in game against the Knight Riders, falling for a seven ball duck.

Wickets continued to fall throughout the Warriors innings, and they found themselves 75/5 in the 12th over with Drakes finishing with 3/26 and Fawad Ahmed claiming 2/33. Some lusty blows from Nicholas Pooran and a measured innings from Mohammad Hafeez got them to 146/8.

Thomas and Lewis were in fine form, and they made the Guyana total look under par as they batted with controlled aggression to put the Patriots in complete control of the chase. There were few alarms for the Patriots as Evin Lewis top scored with 62 from 39 balls, an innings that guided his team to a eight wicket victory with eight balls to spare. (Story by CPL)

Sun Aug 29 , 2021
Support Village Voice News With a Donation of Your Choice. Caribbean countries have seen protests in response to the COVID-19 vacancies. Tempers are flaring between the vaccinated and unvaccinated presenting a combustible environment. Defusing this, though there exists no magic bullet, is not impossible if the sources of the confusion and hesitancy could be acknowledged and attended to.  In St. […]