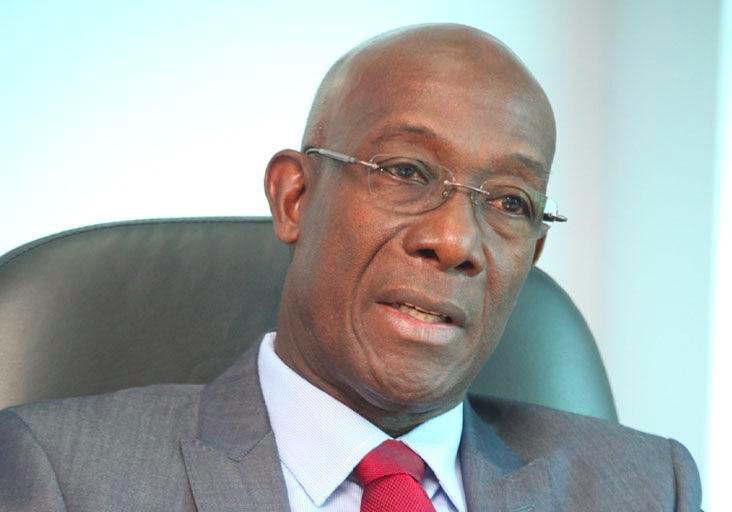 (TRINIDA EXPRESS) There are still many people in Trinidad and Tobago who believe that the Covid-19 pandemic is not as serious as the Government is saying it is, Prime Minister Dr Keith Rowley said yesterday.

He noted that this was one of the reasons why vaccination numbers are not where they are expected to be.

“There’s a significant cacophony of voices that is taking that view that this is being overplayed for ulterior motives by the Government and some people literally have to put their finger in the wound to feel it,” Rowley said during an interview with former government minister Dr Bhoe Tewarie on Multicultural Television.

He said some people also believed they could get by without respecting the threat of the virus.

The Prime Minister said he was very concerned and worried that it may take a worsening situation to convince this “uncooperative” cohort to think otherwise.

Asked if he would follow the example of other countries of making the Covid-19 vaccine mandatory for Government workers, Rowley said: “The Government has a role and a responsibility in all these matters. And if it comes to the point where the reasonable decision is a Government intervention to get the best out of our response, then the Government would be guilty of a dereliction of duty if it does not act. We are encouraging the population to do these things without the Government having to hammer you into shape to do it.”

Rowley said, for example, if it turns out that the school-aged population is not vaccinated because of the many conspiracy theories circulating which cause parents to be worried, the Government may “very well” have to implement two parallel systems of schooling-virtual and face-to-face learning.

“But clearly, we have to preserve the population in the best way as advised by those who know more about this threat and the danger it poses in the medical sphere. I wouldn’t say on the public service just yet. We are still looking at what the voluntary programme is producing and then, if we have to take firmer decisions, we’ll take it,” Rowley said.

Sun Aug 29 , 2021
Support Village Voice News With a Donation of Your Choice. (BBC News) People are twice as likely to need hospital care if they are sick with the Delta Covid variant, rather than the Alpha variant that was once prevalent in the UK, data from England suggests. Experts say the big study, published in The Lancet, reinforces why it is important that people […]