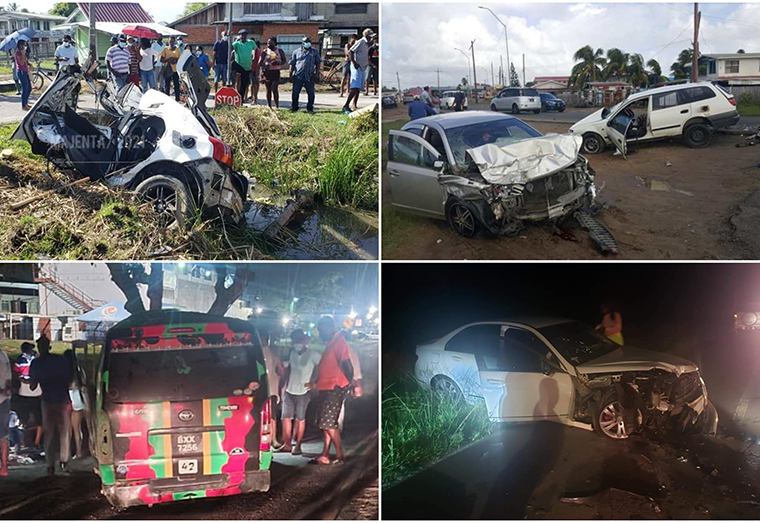 …police blame them on speeding, inattentiveness

There have been 60 fatal accidents in Guyana for the year thus far resulting in 66 deaths, most of which have occurred in Region Four.

The Guyana Police Force (GPF) Traffic Department informed the Village Voice News that the majority of these accidents were as a result of speeding and inattentiveness on the roadways.

Of the 60 fatal accidents, 26 were caused by inattentiveness, 23 were as a result of speeding, 7 were due to pedestrians crossing in the path of approaching vehicles and 4 were caused by driving under the influence of alcohol.

Meanwhile, of the 66 deaths, 52 were males and 14 were females. There were 23 pedestrians, 14 motorcycle drivers, 12 pedal cyclists, 11 drivers, three motor car occupants, two pillion riders and one minibus occupant. Most of the accidents occurred in Region Four which accounted for 42 fatal accidents and 45 deaths.

In efforts to create awareness about the need for road users to be more responsible, the GPF has conducted lectures to drivers attached to the Community Policing Group through ‘Operation Safe Road’. Meeting at the Springlands Police Station, they discussed key areas such as dangerous driving, signalling, the rules of the road and more.

Lecturers have also taken place at the Anna Regina Carpark on Essequibo Coast. Where topics such as defensive driving, the soliciting of passengers, ticketable and non-ticketable offences, guidelines for reporting accidents and speed limits were discussed.

Along with these topics, facilitators from Cove and John Police Station, Vigilance Police Station, Mahaica Police Station and Weldaad Police Station also interacted with drivers on the functions of traffic lights, maintenance of vehicles, overtaking, driving under the influence of alcohol, the importance of wearing a seat belt, mud on the roadways, the use of tractor without lights by night and more.

Meanwhile, the Guyana Road Safety Council (GRSC) is also doing its part to engage Government Ministries and other stakeholders in road safety awareness efforts with the hope of reducing fatalities and accidents in general.

GRSC Coordinator, Ramona Doorgen told the newspaper that, for many years, speeding, inattentiveness and driving under the influence of alcohol have been the main reasons for road fatalities in Guyana. She noted too that Guyana experiences its highest number of fatalities in November — Road Safety Month — which is why the Council is now switching up its strategy to prevent this occurrence.

“Collective data have shown us over the past years that November is the most deadly month of the year. So, what we were advised is to start some of the activities in October,” Doorgen said.

“Even though we see a reduction in road fatalities, we still need to have our campaigns because we believe that education and enforcement is the key to reducing road traffic crashes and deaths.”

Some plans to be finalised for between September to November are a road safety road march and awareness walk, a national schools debate competition on road safety, repainting of pedestrian crossings and road signs, a road safety church service, events in memory of lives lost to road accidents, and a regional minibus competition with prizes for drivers who adhere to road safety rules.

Sun Aug 22 , 2021
Support Village Voice News With a Donation of Your Choice. …unvaccinated staff told to stay home, face salary deductions By Alva SolomonThe Port Kaituma District Hospital in the North West District is operating with a skeleton staff  as nurses and other persons on the medical institution’s payroll who are unvaccinated have been told  to stay away from the public facility with immediate […] 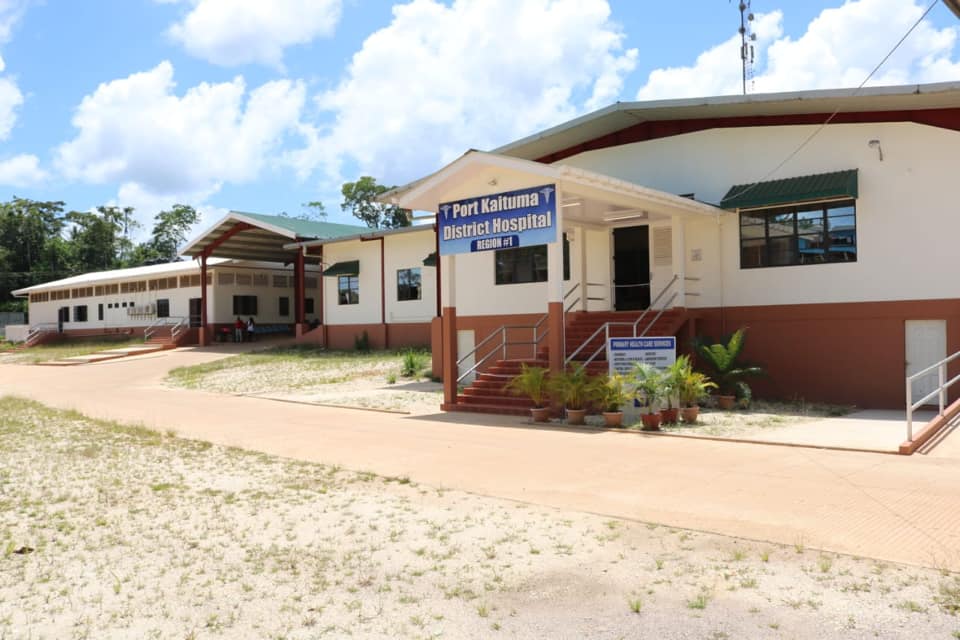