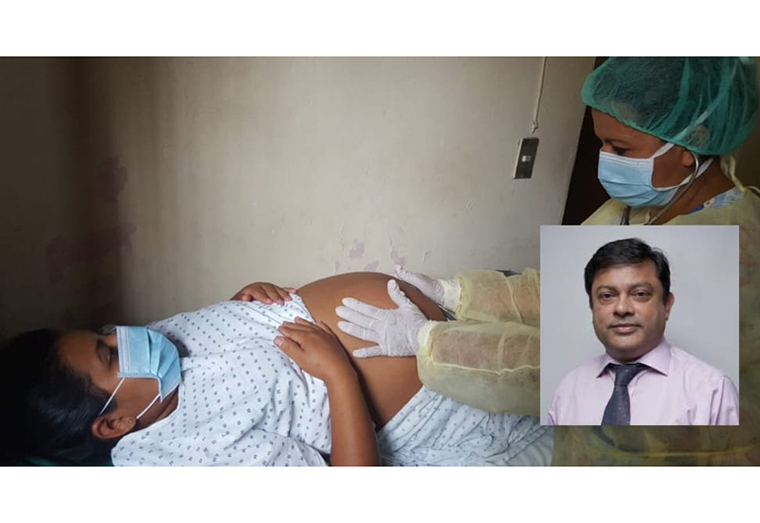 The Ministry of Health has made public yet another update on the ‘Information for COVID-19 Vaccination Exemption’ now advising pregnant women to receive clearance from their doctor prior to being vaccinated — a recommendation which was not made prior.

Over a week after introducing restrictions for the unvaccinated to Government Ministries and Agencies, Chief Medical Officer (CMO), Dr. Narine Singh, on August 11 provided an updated vaccination policy with guidance to pregnant mothers, breastfeeding mothers, those with underlying conditions and more.

It was stated then that PAHO/WHO and other authorities have stated that vaccination is safe for the mother and fetus and if pregnant women in Guyana request the COVID-19 vaccine, they can receive it. It was also stated that a pregnant woman could choose not to take the vaccine. The same applied to the breastfeeding mother.

However, in an update dated August 13, but released to the media on August 17, the CMO stated: “There’s no contraindications to receiving vaccines during pregnancy. It is however advised that clearance be sought from their doctor before receiving the vaccines. Women who do not wish to be vaccinated for the duration of their pregnancy can be exempted.”

An identical statement applied for breastfeeding women save for the inclusion of a limit to their exemption. If they choose to be exempted, this will only be applicable 6 months from the date of delivery.

Since the August 11 release on those who could be exempted, members of the public had questioned how the Ministry would be determining whether a mother is breastfeeding.

If the intention of the exemption is to give the mother an option to choose not to pass on the vaccine to her baby through breastfeeding, it has not catered to babies who are breastfed for longer than six months. According to PAHO/WHO, breastfeeding should take place exclusively up to age 6 months, and can continue up to age 2 or beyond, while providing complementary foods.

Added to this, while the CMO’s August 11 update recommended that persons who tested positive for COVID-19 can receive their vaccination 90 days from the date that they were tested positive, the new update reneges on this.

It now advises: “It is recommended that persons who tested positive for COVID-19 can receive their vaccines as soon as they are recovered ie. 14 days after testing positive.”

While previously noting that the age for vaccination remains 18 years old and above except for Sinopharm where it is only for persons ages 18 to 60, the CMO has now included that eligibility for the Pfizer vaccine is 12 years and above.

It was previously stated on August 11 that patients with sickle cell or epilepsy can take the vaccine but the date of the last episode should be identified and, if the patient is not controlled, vaccination should be postponed until this is achieved. However, the updated instruction document has excluded this recommendation altogether.

It has also excluded the instruction that persons who are exempted but actively employed will be tested once per month through the public system.

However, it remains that: “For persons with the above-mentioned conditions and other underlying illnesses not listed herein, should present a certificate of exemption from a licensed medical practitioner.”

Other guidance within the document remains the same. These include an exemption for anyone with a clotting disorder such as haemophilia, patients receiving chemotherapy or dialysis and patients with an acute cardiac event or acute cerebrovascular event.

Patients with an active infection should not receive the vaccine until they have recovered. It is also important to identify persons on antibiotics and the duration of their treatment.

Tue Aug 17 , 2021
Support Village Voice News With a Donation of Your Choice. The cash-strapped Guyana Sugar Corporation on Monday signed a contract totalling $356,500,000 with Guyana Tractor and Equipment Limited for the supply and delivery of a range of field equipment. The contract comes at a time when the PPP/C government continues to prop-up the ailing industry that has not been making […] 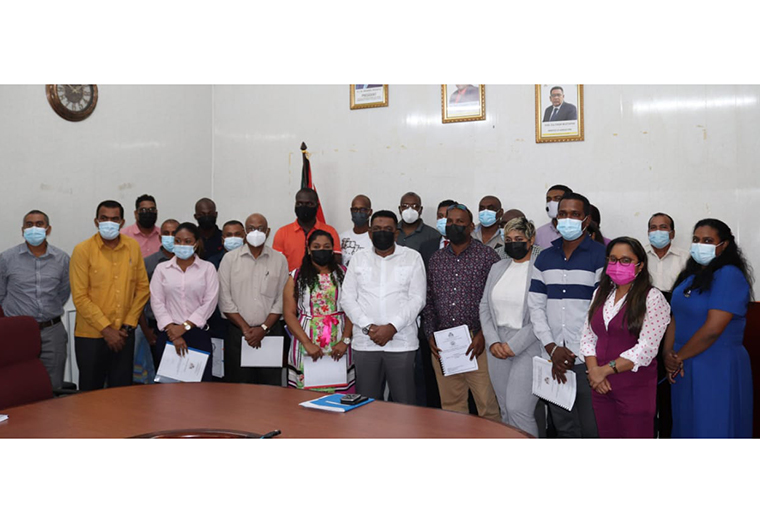