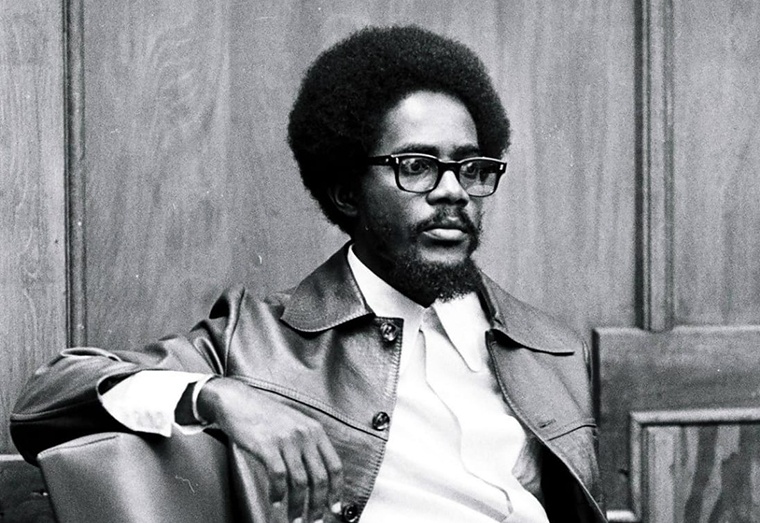 The National Assembly in the wee hours of last Tuesday morning passed a motion for the adoption and implementation of the recommendations contained in the Commission of Inquiry (COI) Report on the death of Dr. Walter Rodney but not before a heated debate on the motive behind the motion, and calls for the Government to launch similar inquiries into the assassinations of Agriculture Minister Satyadeow Sawh, Ronald Waddell and Courtney Crum-Ewing and others.

June 13, 2021 marked 41 years since Dr. Rodney, founding Leader of the Working People’s Alliance (WPA), was assassinated at the age of 38 when a bomb exploded in his car. The Commission, in its findings in 2016, concluded that Gregory Smith was responsible for the death of Dr. Rodney, and in so doing, was acting as “an agent of the State having been aided and abetted so to do, by individuals holding positions of leadership in State agencies and committed to carrying out the wishes of the PNC Administration.” The Commission was chaired by Sir Richard Cheltenham, QC.

Government’s Chief Whip, Gail Teixeira, who tabled the motion, told the House that it was time to right the wrong committed against Dr. Rodney – a Professor, Political Activist and Historian – by honouring his memory through the implementation of the recommendations contained in the COI Report.

“It is time for our country to come to terms with some of the darkest periods of our history,” the Government Chief Whip said. Noting that there was nothing perplexing about the recommendations, MP Teixeira pointed out that the Commission underscored the importance for there to be a well-trained and highly professional Police Force with a thorough appreciation of its duty to serve impartially regardless of ethnicity or party affiliation.

“This will, in turn, call for a heavy investment in training at every level and on an ongoing basis with attention to appropriate values in addition to proper policing techniques. The army, too, must be professional. Nothing is worse than an army in a country striving to be an ideal functioning democracy being partial to any political party whether in government or otherwise,” a section of the COI Report states.

A Partnership for National Unity + Alliance For Change (APNU+AFC) Member of Parliament,

-Halley, while paying homage to Dr. Rodney, said the recommendation is the end of a long fight for Dr. Rodney’s Family. While embracing the recommendations, MP Sarabo-Halley drew the contrast of Teixeira alluding to the recommendation for a highly trained and professional police force at a time when Police Service Commission (PSC) has taken President Irfaan Ali, and by extension the Government to Court for interfering in the affairs of the Guyana Police Force, and the Commission – an independent constitutional body.

MP Sarabo-Halley said too that it would be remiss of her not to acknowledge the pain being felt by the many families, whose loved ones were also brutally murdered. It was at that point that the Opposition MP called on the People’s Progressive Party/Civic (PPP/C) Administration to launch Commissions of Inquiry (COIs) into the assassination of former Agriculture Minister Satyadeow Sawh, his sister Phulmattie, his brother Rajpat and his security guard Curtis Robertson in April, 2006; political activist, journalist and talk-show host, Ronald Waddell; and Political Activist, Courtney Crum-Ewing.

Weighing in on the recommendations embedded in the COI Report, Opposition MP Amanza Walton-Desir, while describing the PPP/C Government as an opportunist, also alluded to the court challenge brought against the Head of State by the PSC.

“For the PPPC to come here today and to pretend as if they wish to adopt recommendations to better the police force when their actions have shown beyond a shadow of a doubt that they are only interested in compromising the professionals of that Force, says to us all that this is simply a farce and they are using it for political opportunism,” MP Walton-Desir submitted to the House.

The Opposition MP said Dr. Rodney, unlike the PPP/C, stood on the side of the working class.

“The PPP/C has come here today to pay lip service to the legacy of Dr. Rodney but if they are serious about honoring the legacy of Dr. Rodney then let them honour the fact that he stood resolutely on the side of the working class, and let them without delay implement salary increases for the hard working public servants and take urgent action to bring relieve to Guyanese who are struggling to make ends meet on a daily basis,” she told the House.

APNU+AFC Member of Parliament, Ganesh Mahipaul, during his presentation, told the House that while the People’s National Congress Reform (PNCR) was always and will always support a full and impartial investigation surrounding the death of Dr. Rodney, the COI, which was initiated by the Donald Ramotar Administration in 2014 was far from impartial.

“…I believe strongly that the PPP’s only intent with this COI is to seek out cheap political mileage in their effort to name, blame and shame the PNC but I encourage Guyanese to research and read extensively and you will see a theory was introduced where it could very well be that the PPP killed Dr. Rodney,” MP Mahipaul said.

APNU+AFC Member of Parliament, Anette Ferguson, in her address, declared that she is a proud member of the PNCR. Like MP Mahipaul, she opined that the motive behind the motion was to name, shame and blame the PNCR for Dr. Rodney’s death but made it known that she will protect the good name of the party. “It must be established that the intent of this COI was to never, and I repeat, it was never to pursue the truth, rather to castigate and blame the People’s National Congress Reform,” she opined.

MP Ferguson told the House that the motion was laid at a time when attention should have been placed on the ongoing COVID-19 pandemic, and the treatment being meted out to the country’s public servants. “Public servants have lost their jobs, cost of living has skyrocketed, public servants have not enjoyed an increase in wages and salaries since 2019, forced vaccination on our citizens, non-performance of the economy, victimization and discrimination against Guyanese whose lands were taken away, some of whom are still waiting to be service the 25,000 covid-19 cash grant, crime out of control,” MP Ferguson told the House.

APNU+AFC Member of Parliament, Roysdale Forde, S.C, told the House that the Government has once again decided to raise the name of Dr. Rodney with the hope that it will divide its political opposition.

But the statements emanating from the opposition benches did not sit well with Attorney General and Minister of Legal Affairs, Anil Nandlall.

While lashing out at MP Mahipaul for questioning the quality of work executed by the Commission, Minister Nandlall said it has been well established by the PNCR was responsible for Dr. Rodney’s death. The Attorney General said Dr. Rodney was an icon. He said that Dr. Rodney was a threat to the PNCR.

In addition to the implementation of the recommendations, Dr. Rodney’s death certificate will be amended to change the cause of death from “misadventure” to “assassination.” Dr. Rodney’s books such as A History of the Guyanese Working People, Guyanese Sugar Plantations in the late Nineteenth Century, and How Europe Underdeveloped Africa will be made available to the library of the University of Guyana. The Walter Rodney Chair at the University of Guyana will also be reestablished.

Most CARICOM countries not forcing vaccination

Mon Aug 16 , 2021
Support Village Voice News With a Donation of Your Choice. …at least four have faced protests for mandatory vaccination requirements or contemplation  By Lisa Hamilton   With the aim of achieving herd immunity through COVID-19 vaccination, some CARICOM Governments have pursued or are contemplating mandatory vaccination which has led to protest in some cases. Of the 15 CARICOM countries, at least […]