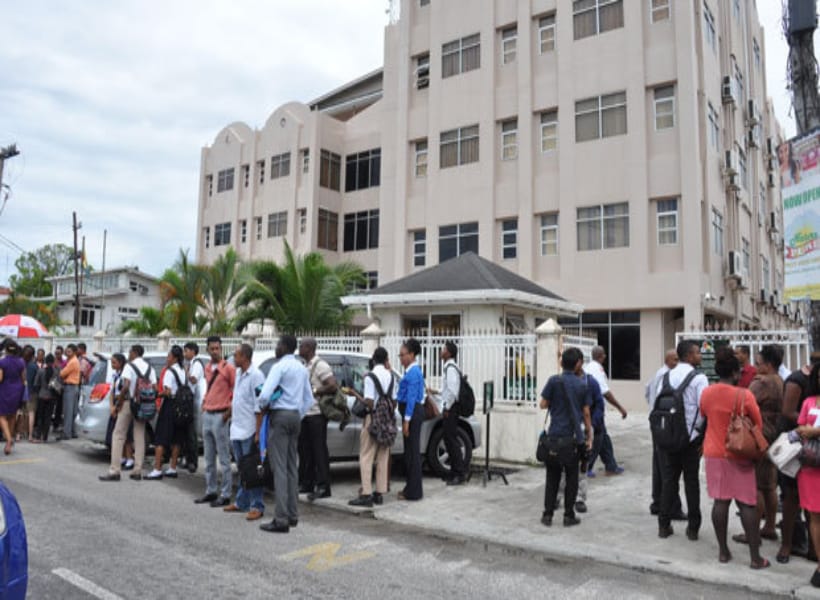 A city teacher, who was hoping to utilize the services of the Guyana Revenue Authority (GRA), was turned back on Monday, though signaling her willingness to provide a negative COVID-19 test result after attempts to make an appointment failed.

GRA, in a statement last Friday, advised that all taxpayers desirous of entering its offices must show proof of vaccination and a valid form of identification with effect from Monday, August 9, 2021. It said it will only facilitate entry of unvaccinated taxpayers on prior appointment made via the switchboard operator on telephone numbers 227-6060 or 227-8222 extension 1502,1506/7.

But Samantha Wiggins, a teacher who hails from Georgetown, said the new system is simply not working. In an interview with Village Voice News, Wiggins said on Monday she made over 10 calls to the numbers listed only to be told at the latter stage by an operator that no instruction was given for appointments to be made.

Wiggins said in her bid to access the services of GRA, she made her way down to GRA’s Head office Monday morning but was denied entry by a security guard, who insisted that she must be vaccinated before accessing the services of the authority.

“I joined the line and by the time I reached to the entrance I was denied entry because I did not produce a vaccination card along with my ID,” she told this publication.

Wiggins said she offered to show a recent COVID-19 test result but was informed that GRA is not accepting negative COVID-19 results only vaccination cards and IDs.

“Another security person came out and told me to go down the road and take the vaccine and come back. I refused,” Wiggins recalled.

She said other persons present had similar concern, and expressed the view that their right to access public services was being violated.

She said the denial of entry resulted in a quiet and peaceful picketing exercise. Wiggins, said the GRA guard, however, called in the police.

“The GRA security then called the police but the police came and saw it was a peaceful protest and left but one remained to observe,” she said.

Wiggins reiterated that though GRA indicated that appointments can be made by unvaccinated taxpayers to access its services such system was not in place on Monday morning.

In Lethem, a surgeon, was reportedly denied access to the Lethem Regional Hospital because he was unvaccinated.

Tue Aug 10 , 2021
Support Village Voice News With a Donation of Your Choice. …refuses to leave statutory meeting despite being served with Court papers Interim City Town Clerk, Candace Nelson, on Monday, refused to remove herself from a statutory meeting of the Mayor and City Council (M&CC) though receiving orders from the High Court – resulting in a standoff. Village Voice News understands […] 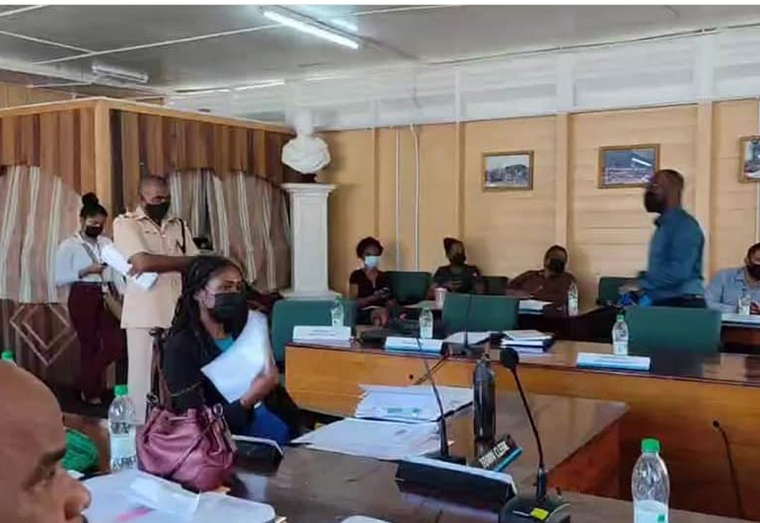