On Wednesday the main opposition, A Partnership for National Unity and Alliance For Change (APNU+AFC) coalition protested at the Square of the Revolution, highlighting concerns to them and their constituents. This was the second protest in two weeks. Opposition Whip, Christopher Jones said this protest will be held weekly on Wednesday, for one hour, between 12:00 p.m. to 1:00 p.m.

The weekly protest has been viewed as an encouraging sign by supporters of the coalition and sections of society that want to see accountable government and strong opposition. A government can only be effective when the officials are being held accountable and made to function within the parameters of the constitution, laws and best practices.

Despite entering office through controversial means Guyanese would have wanted the People’s Progressive Party/Civic (PPP/C) to be better than they were when they were voted out in 2015. Unease amongst the people is real. The government cannot ignore growing concerns that they have picked up from where they left off in 2015 or they have gotten worse.

There is no denying soon after the PPP/C got into office several workers were fired for no justifiable reason, and others were accused and charged in what some see as political witch-hunting. Interjection last month by United States (U.S) Congressman Hank Johnson that “Guyana’s wealth is for all the people of Guyana, irrespective of their ethnicity [and him urging] the current government and leaders of the opposition in the National Assembly to work together towards further strengthening Guyana’s democracy and building a more inclusive nation,” is not accidental.

The international community is looking on at what is happening in Guyana and there is concern that all is not well. Columnist Dr. Henry Jeffrey, writing in his Future Notes column of 11th July, noted that “the new Joe Biden democratic establishment, who knows precisely what took place in Guyana, is now warning the Irfaan Ali government not to get ahead of itself!”

Dr. Jeffery went further to say, “In order to successfully traverse the present international system, it is useful to have some understanding of the international outlook of the current US administration.” This time around it is not President Donald Trump in the White House but President Joe Biden who has built and maintained a political career fighting for equity and fairness in society.

Biden has earned his reputation not only in the U.S for criminal justice reform, social and racial justice but also on the international stage fighting against injustices such as apartheid in South Africa and dictatorship in the Balkans. The problems of Guyana in a global economy are no longer the problems of Guyanese but the entire world. Admittedly under the Trump presidency these values were discarded, but under the Biden presidency they are now front and centre on the world stage.

The Government of Guyana must do better for the people, regardless of who voted for them. They are being paid to preside wisely over the affairs of state and function in the best interest of all the people.  Where the Opposition has decided, it is going to do a weekly protest to highlight the wrongs that would be in keeping with their role. Society benefits from a strong opposition and an accountable government.

Fri Jul 30 , 2021
Support Village Voice News With a Donation of Your Choice. …Joint Services investigating  Several days ago, residents of the village of Nappi in the North Rupununi reported hearing an aircraft sputtering near the Kanuku Mountains and suddenly the engine stopped. This is according to Toshao Samuel Fredericks who told the Village Voice Newspaper that the incident was reported to him […] 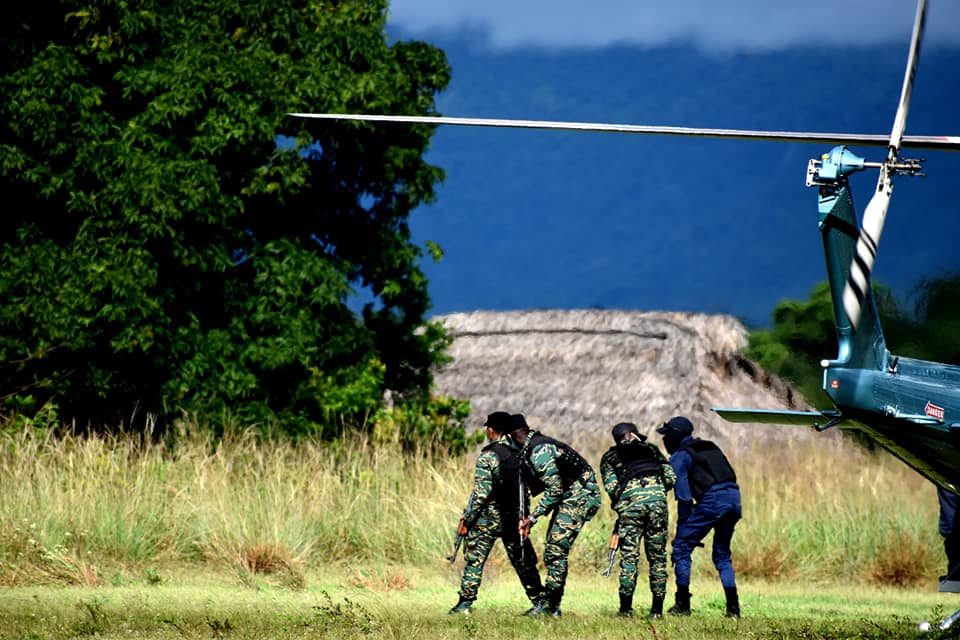