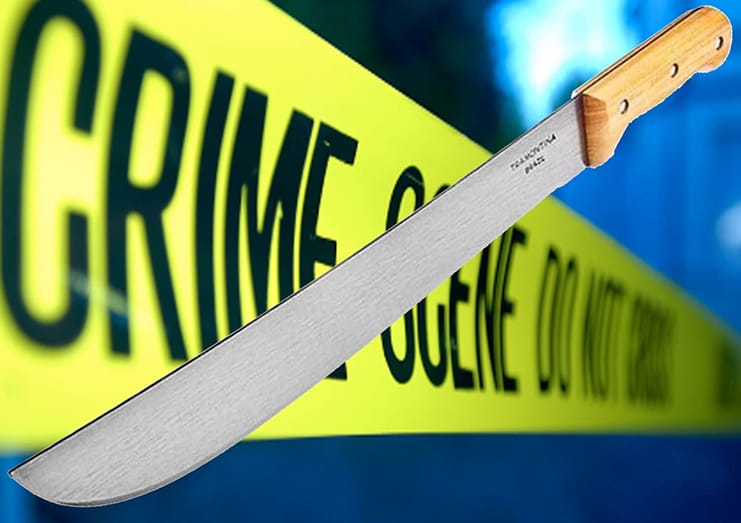 A 52-year-old man from #67 Village Corentyne, Berbice has been placed in police custody after he chopped a teenager several times after he reportedly broke into his duck pen with the intention to steal.

According to the police, the incident occurred around 03:40 hours on Wednesday morning. The suspect has not been identified but the victim was named as 18-year-old Chetram Gopaul, also called ‘Pops’.

The report states that the suspect went to the Springlands Police Station and reported that the victim was caught in his duck pen with five of his ducklings valued at $5000 in a salt bag.

He said that he then armed himself with a cutlass because at that time he noticed that the victim had a knife in his hand.

The suspect further claimed that ‘Pops’ rushed him with the knife and he fired several chops towards him causing him to receive injuries.

The victim was escorted to the Skeldon Public Hospital where he was seen, examined and treated for wounds sustained and transferred to the New Amsterdam Public Hospital. The suspect was arrested assisting with the investigations.

Wed Jul 21 , 2021
Support Village Voice News With a Donation of Your Choice. Four men have been arrested over the discovery of guns and ammunition at Ituni, Upper Berbice, police have said. The discovery was made on Wednesday. The  four men in custody are listed as ages: 34, 23, 62 and 55. According to police press release the suspects were traveling in an […] 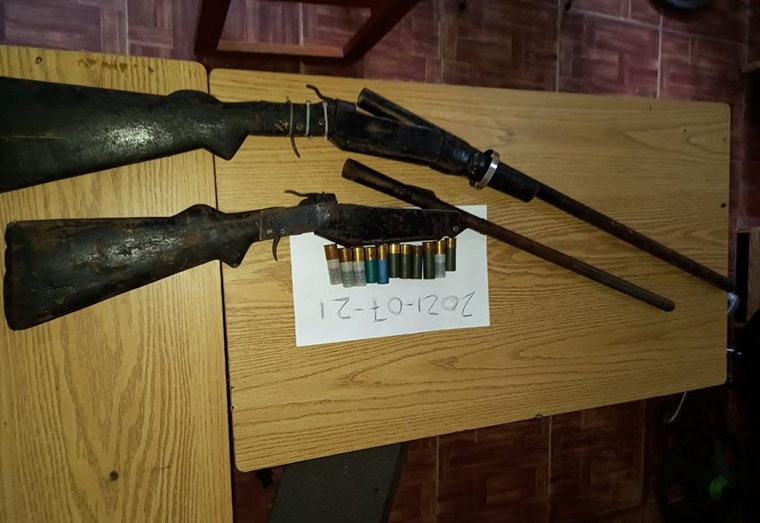