More than 500 people were eventually rescued from the tunnels in Henan province, officials said.

Days of rain have caused widespread damage and led to 200,000 evacuations.

Above ground, roads have been turned into rivers, with cars and debris swept along in fast moving currents. A number of pedestrians have had to be rescued.

More than a dozen cities in Henan province are affected. President Xi Jinping said on Wednesday that there had been “significant loss of life and damage to property”.

Several dams and reservoirs have breached warning levels, and soldiers have been mobilised to divert rivers which have burst their banks. Flights and trains in many parts of Henan have also been suspended.
In the provincial capital Zhengzhou, the equivalent of a year’s average rainfall has fallen in just three days.

On Tuesday, some of the city’s flood defences were overwhelmed and water began flowing down into the railway tunnels.

Survivors have described how water leaked through the doors, rising slowly from “our ankles to our knees to our necks”. “All of us who could, stood on the subway seats,” one woman wrote on Chinese social network site Weibo.

Children were lifted out of the water by their parents, while others threw off anything which might hold them down.

After about half an hour, one passenger said it became “hard to breathe”.

An order to shut down the line came at 18:10 local time (10:10 GMT) so the evacuation could begin, Zhengzhou government officials said in a statement. Five people are being treated for injuries, with 12 having died.

Elsewhere in the central Chinese city, children had to be rescued from a flooded nursery school.

State media aired footage of them being floated out in plastic tubs by rescuers.

The First Affiliated Hospital of Zhengzhou Hospital also briefly lost power on Tuesday night, though this has now been restored, said a statement on Weibo by the Zhengzhou Municipal Party Committee.

It added that 600 critically ill patients had been transferred to another location.

Another resident, identified as Mr Liu, 27, told to BBC Chinese he had had “no water, no electricity, and no internet”.

“Never in my life had I seen so much rain,” Mr Liu added. “There was one hour where the rain was just pouring down on us from the heavens, and everything went completely white.”

But the rising waters were not just confined to Zengzhou.

A 20-metre (65ft) breach has emerged in the dam in Luoyang city after it was damaged by storms, officials said. Soldiers have been deployed to the area and a statement from the army warned it could “collapse at any time”.

Another user said that residents in Sishui town were stuck on rooftops. “We don’t know how to swim… the whole village is about to be washed away,” the person wrote.

Zhengzhou saw 624mm of rainfall on Tuesday, with a third of that amount falling between 16:00 and 17:00 alone, which “smashed historical records”.

It forecasted that parts of the region would continue to see “severe or extremely severe storms” and that the heavy rain would likely only end on Thursday.

Part of the Yellow River basin in China, Henan has several major river systems running through the province which are prone to flooding.

Zhengzhou, which has a population of 12 million, sits on the banks of the Yellow River itself.

Connections between rivers and lakes have been cut and disrupted flood plains which once absorbed much of the region’s annual summer downpours.

Wed Jul 21 , 2021
Support Village Voice News With a Donation of Your Choice. (BBC) The authorities in north-west Nigeria say they have freed 100 women and children – mainly mothers nursing infants – who were seized by bandits. The group were abducted on 8 June in Zamfara state. Four people were also killed during the incident. The Zamfara state government said they were […] 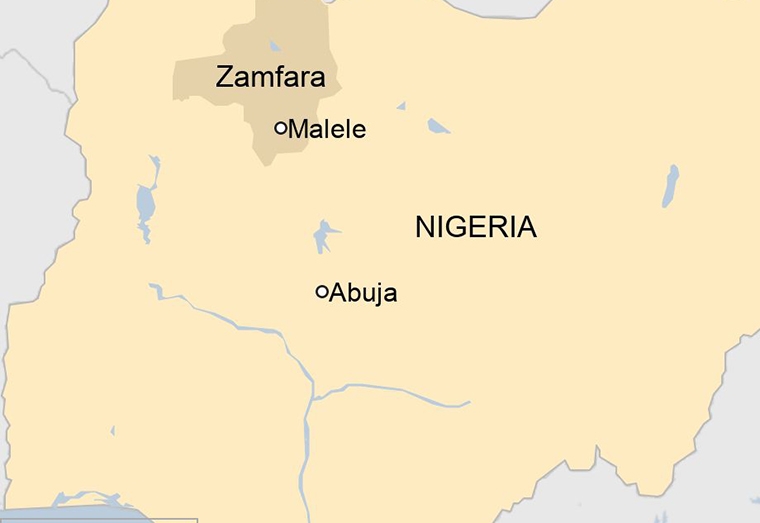