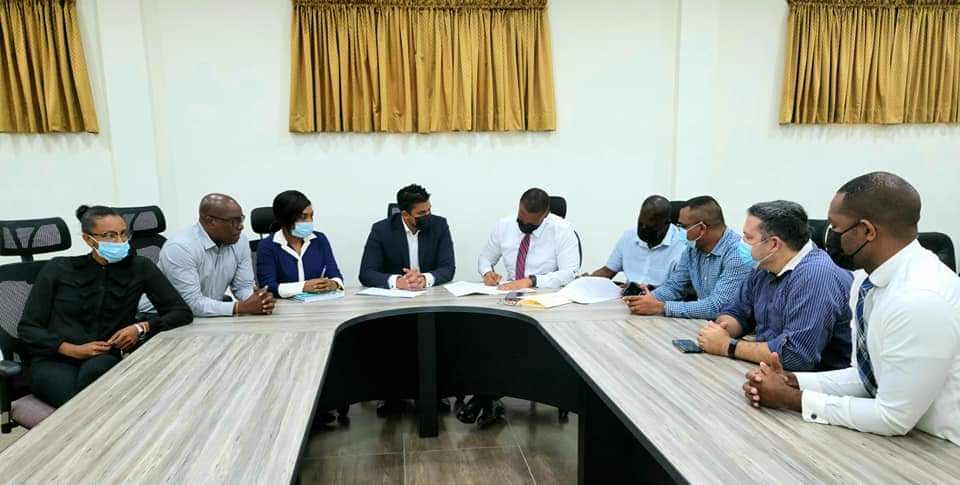 Cevons Waste Management Inc. has expressed its satisfaction with the agreement entered into with the National Sports Commission (NSC) for the sale of the land on Mandela Avenue and has noted that the transaction was amicable.

“Cevons Waste Management Inc. is particularly pleased over the fact that the signing of the Agreement of Sale concluded a transaction which was conducted in a spirit of cordiality on both sides and to the complete satisfaction of the parties. Cevons Waste Management Inc. is appreciative of that environment of cordiality and of the wider expressions of support for a fair and satisfactory conclusion to the process that had been expressed by observers of the process,” the company said in a statement.

As directed by the Government, the agreement was entered into on Monday afternoon in the boardroom of the Ministry of Culture, Youth and Sport. Present were Minister of Culture, Youth and Sport, Charles S. Ramson; Chief Executive Officer of Cevons Waste Management Inc., Morse Archer; Permanent Secretary, Melissa Tucker; Director of Sports, Steve Ninvalle and several Commissioners of the NSC.

Approximately two years after it paid most of $100M for a plot of land at Area C, Tract B Le Repentir, Georgetown (Mandela Avenue) Cevons Waste Management Inc. was instructed to vacate the premises on the basis that the land was previously sold unlawfully by the Guyana Lands and Surveys Commission (GLSC).

Subsequently, in May 2021 at a press conference, Vice President Bharrat Jagdeo said that legal proceedings to repossess lands sold to Cevons would no longer be pursued and the Government will go instead after “the people who acted illegally”. It was noted that the Government had settled on the matter with Cevons.

An Agreement of Sale has now been entered into between the NSC and Cevons Waste Management Inc. According to Cevons, the completion of the Agreement now positions the company to press on with its investment pursuit and expand Guyana’s private sector investment profile while providing more employment for Guyanese.

“The satisfactory conclusion of this agreement is indicative of an appreciation, on the part of the Government of Guyana, of the critical role which local private sector investment has to play in the development of our country,” the company stated.

Wed Jul 21 , 2021
Support Village Voice News With a Donation of Your Choice. (BBC SPORT) Giannis Antetokounmpo scored 50 points as the Milwaukee Bucks claimed their first NBA title for 50 years with a 105-98 victory over the Phoenix Suns. The Bucks’ 4-2 series win was sealed in front of a 17,000 crowd as 65,000 celebrated outside the Fiserv Forum. They are only […] 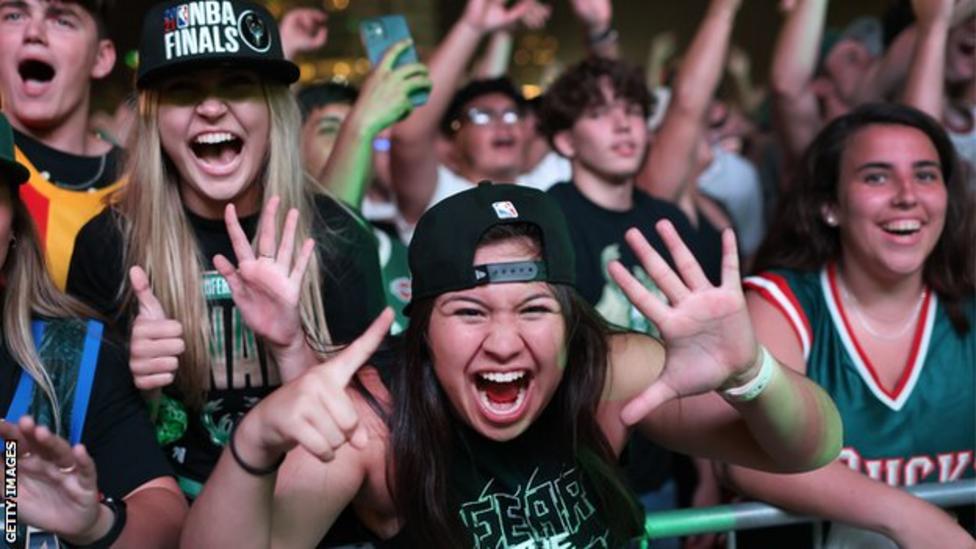