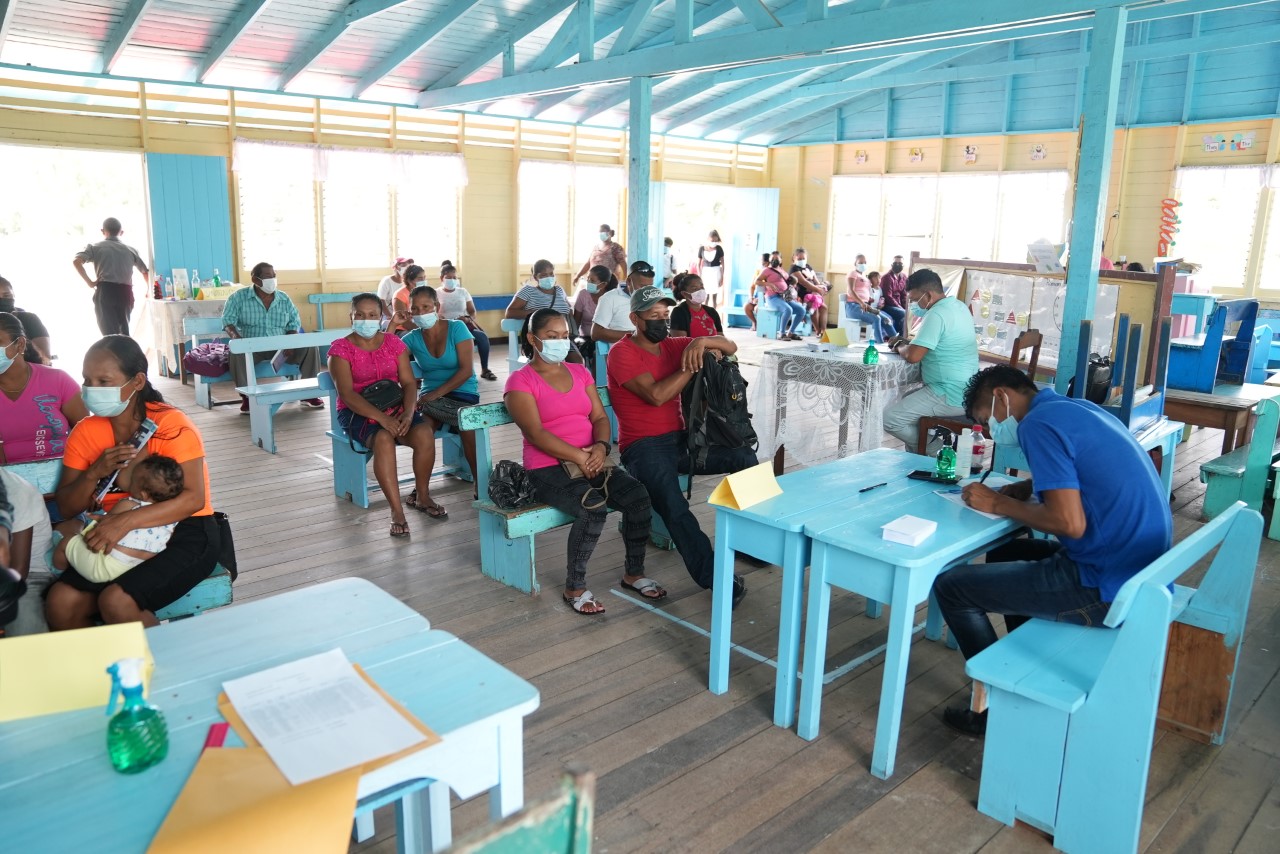 The Ministry of Education said in a release that a total of 11, 795 students are on the registers of all schools in the region which amounts to $224,105,000 in Because We Care Cash Grants for the region. Of this total number of students, 11,433 of them received their grants which amounts to $217,227,000 given to students and families over three days. Three hundred and sixty-two grants had to be returned due to parents or guardians not being able to uplift.

While at the Wakapoa Secondary School today, the Honourable Minister of Education Priya Manickchand said that the Government of Guyana believes in investing in the people of this country. She told parents that the program was started in 2014 where it was announced that every child in the public school system would receive $10,000 and that the amount would increase every year until it reaches $50,000 per child. She said however, following a change of government, the programme was deliberately discontinued.

According to the Education Minister, if the programme had continued, each child could have been receiving $50,000 this year. Minister Manickchand said that the programme is meant to give parents a helping hand in providing for their children.

Minister Manickchand told parents today that the grant is not limited to only uniforms and school supplies but that it can be used in any way that will serve children. She said, “our commitment is that we will continue to find ways to serve our people.”

She said that anything that is bought with the grant that will benefit children would be useful expenditure. The Education Minister said the figure on how many parents collected the grant shows that families need the financial assistance provided by the programme. She said that the fact this administration restored the programme shows the high priority that it places on helping families cater to their needs.

Moreover, Minister Manickchand said the distribution of the grant is being managed and facilitated by the professionals in the Ministry with assistance from teachers. She added that the process is being audited by the Audit Office of Guyana to ensure transparency and accountability. “We have invited the Audit Office to audit this as it is happening. We have confidence that our officers are not troubling a cent here that does not belong to them,” the Education Minister noted.

She explained that there will be an officer from the Audit Office at various stages of the process including the distribution centres observing the process to ensure that each child that receives the grant is on the school’s register. In the case of new nursery entrants, checks are made to ensure they were registered on or before June 30th, 2021. Each parent that collects the grant has to be identified and also is required to sign for the sum.

Further, despite the many challenges Guyanese have faced such as the worst floods the country has ever experienced, the COVID-19 pandemic and a prolonged election period, the Minister said Government has found the resources to respond to the needs of Guyanese families and children. She thanked teachers and headteachers across the Essequibo Coast who rejected the call to not be involved in the process and chose to come out and ensure the process is done efficiently and that the students under their care are served. The distribution exercise was also spearheaded in the region by the Minister of Natural Resources Vickram Bharrat and Minister of Local Government and Regional Development, Nigel Dharamlall who visited several locations across the region.

Mon Jul 19 , 2021
Support Village Voice News With a Donation of Your Choice. Retired Justice of Appeal, BS Roy has been tapped to chair the long awaited Law Reform Commission, the Ministry of Legal Affairs reported on Saturday.President Irfaan Ali has approved for appointment the chairman and members of the commission.The nominees have been chosen after consideration of recommendations received from the various […]