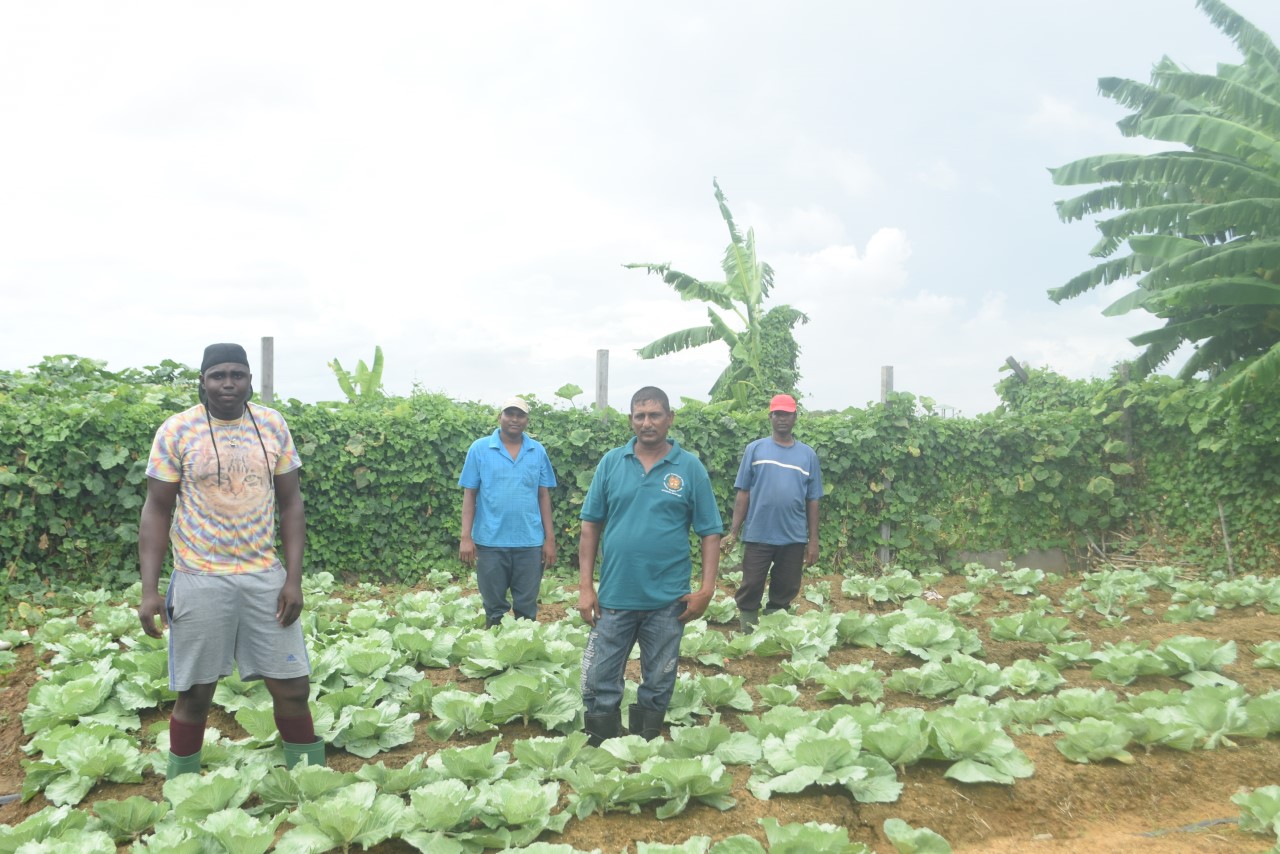 A number of farmers from the village of Hopetown West Coast Berbice and its environs who had been farming on plots of State lands at Fort Wellington in Region 5 (Mahaica/Berbice) say that the current PPP/C led Regional Administration is forcing them off the land and introducing new farmers from other villages.

The farmers from Hopetown and its environs had been granted permission by the former Regional Administration to farm these lands alongside the Model Farm launched by the then Regional Executive Officer Mr. Ovid Morrison. A number of farmers from Bath Settlement and other areas who had been farming on the lands identified for the Model Farm had been relocated to lands to the east of the farm in the same area.

The Hopetown farmers have said that since taking office the current Regional Administration has closed down the Model Farm and is now allowing an influx of people of their own choice onto these lands at Fort Wellington. The Hopetown farmers who occupy lands west of the Model Farm say that a little over a week ago a number of persons have been moving into their cultivation areas with the encouragement of the PPPC led Regional Administration led by Chairman Vickchand Ramphal.

“These newcomers are marching all over the land marking off spots including areas we are currently occupying. They are trying to push us out,” one irate farmer said.

He noted that even when the previous administration had decided to set up the model farm at the instance of the then Regional Executive Officer Ovid Morrison all the persons planting there had been given land to continue planting in the same area.

“It was understood that the lands belonged to the Regional Administration. No one was forcefully evicted. Everyone farming there be it from Hopetown or Bath Settlement were given the option of an alternative area.”

The people who accepted were given temporary titles and with the exception of a few everyone else took up their new plots and continued farming.”

The spokesman for the farmers of Hopetown disclosed that they are going to resist being evicted from the plots of land. “These are State lands: “We are not going to be moved or forced off the land by any form of bullyism by the PPP C Regional Administration,” the famers stressed.

One farmer disclosed that he had marked off his spot and was warning against trespassing by anyone. The Hopetown farmers are hoping that the Regional Administration reconsiders forcing them off the lands in preference for those who are perceived to be PPP/C supporters.

Mon Jul 19 , 2021
Support Village Voice News With a Donation of Your Choice. …Lindeners told on anniversary of police killing of protesters By Naomi Marshall As Lindeners and Guyanese by extension marked the 9th Anniversary of the death of three Lindeners who were killed during a 2012 protest, the Opposition has encouraged the people of the community to continue to defend their rights […]