Leader of the United Republican Party, Dr Vishnu Bandhu last week told his executives that campaigning for the 2025 elections must begin now if the outfit is to make any impact at those polls.

Bandhu, in his feature address, told party members that the URP intends to remain relevant in the political landscape of the country. He gave a synopsis of the party’s existence.  He said, “I promise that the United Republican Party will continue to fight for justice and equality for all in Guyana”. The party leader emphasized that the party is happy to invite onboard “young blood” to take the ideas and concepts of the party to the masses. He applauded kanhai for coming on board and charged him and the other elected members to give their best and to deliver to the people, a country that all can be happy to live in.

Dr. Bandhu was adamant, according to the release that campaigning for 2025 elections must begin now if the URP is to make a significant impact on those elections. For his part, Kanhai said: “I am elated to be a part of the URP and I am thankful for the confidence my fellow members have placed in me by electing me as chairman. The URP as a third force is much needed, for we will strive to create the balance as well as continue to fight for equal justice and rights for all Guyanese

We will strive to secure a future for our children and grandchildren and we will do so in the spirit of teamwork, the organization is nothing without a dedicated team. We will build each other and upon that we will stand firm and keep moving forward”. The URP contested the 2020 National and Regional elections in all ten Administrative Regions.

Mon Jul 19 , 2021
Support Village Voice News With a Donation of Your Choice. The Guyana Agricultural and General Workers Union (GAWU) said workers attached to the Guyana Manganese Inc (GMI) have complained about “abominable” conditions-of-work at the company. In a press release GAWU said it has learnt from the workers, that it appeared that the GMI was actively sidelining them in favour of […] 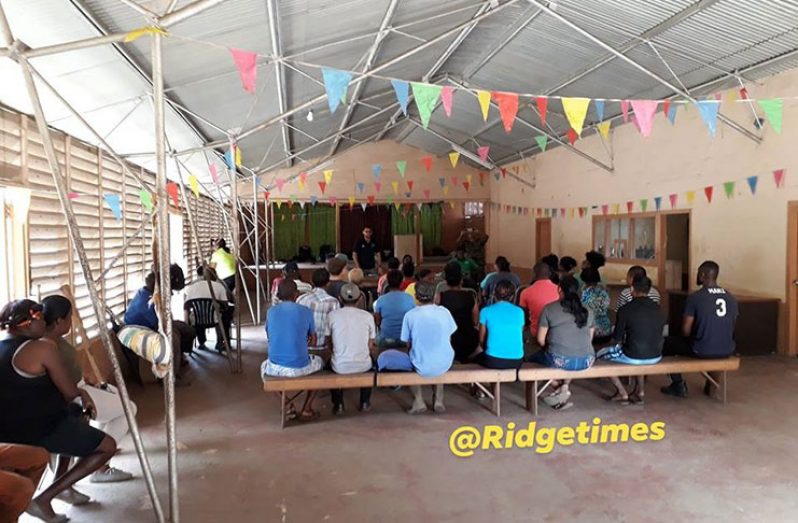