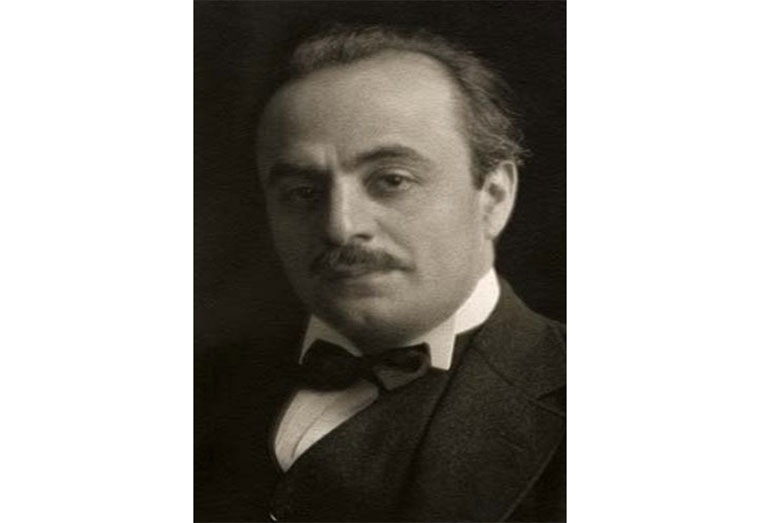 Pity the nation that is full of beliefs and empty of religion.

Pity the nation that wears a cloth it does not weave, eats a bread it does not harvest, and drinks a wine that flows not from its own wine-press.

Pity the nation that acclaims the bully as hero, and that deems the glittering conqueror bountiful.

Pity the nation that despises a passion in its dream, yet submits in its awakening.

Pity the nation that raises not its voice save when it walks in a funeral, boasts not except among its ruins, and will rebel not save when its neck is laid between the sword and the block.

Pity the nation whose stateman is a fox, whose philosopher is a juggler, and whose art is the art of patching and mimicking.

Pity the nation whose sages are dumb with years and whose strong men are yet in the cradle.

Pity the nation divided into fragments, each fragment deeming itself a nation.

from The Garden of the Prophet

Gibran was an American-Lebanese poet. He was born on January 6, 1883 in Bsharri, Lebanon. His full Arabic name is Gibran Khalil Gibran. He is credited for revolutionising Arabic poetry and literary prose. He is also considered a, if not the key, figure in a Romantic Movement that transformed Arabic literature in the first half of the twentieth century. His writing at the time was said to be fresh, different from the traditional rigid, though rich, Arabic style.

His were expressions that broke with the past, serving as revelation and inspiration in both the Arabic and English literacy spheres. He was an active member of the New York-based Arab-American literary group called the Pen League, which promoted writings in Arabic and English. The Poetry Foundation ascribes to Gibran the reputation as a central figure of Arabic literary modernism which has never been challenged. His collections include: The Madman (1918), The Prophet (1923),

Sat Jul 17 , 2021
Support Village Voice News With a Donation of Your Choice. Photo credit Google American neurosurgeon and CNN Chief Medical Correspondent Dr. Sanjay Gupta advises that in order to protect your brain you have to protect your body. He’s recommended five ways to start preventing Alzheimer’s now. As per the Alzheimer’s Association, “Alzheimer’s is a type of dementia that affects memory, […]