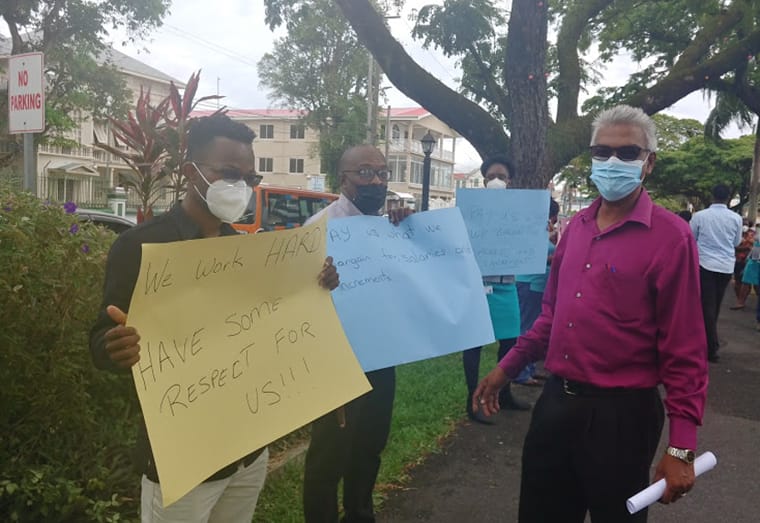 …calls on Auditor General to commence audit of union funds

The Executive Council of the National Association of Agricultural Commercial and Industrial Employees (NAACIE) has voted to remove Mr. Dawchan Nagasar the union’s General Secretary after “several allegations of serious misconduct” were made against the former head.

The allegations have caused the Executive Council to indicate that it will immediately request that Auditor General, Deodat Sharma,  audit the funds of the union.

According to a letter seen by this news entity, at a specially convened emergency Executive Council meeting at the union’s Head Office on July 14, 2021, several decisions were made in keeping with the aforementioned.

At the meeting, it was also decided that the union will immediately request that the Auditor General to Audit the funds of the union.

In a second letter dated July 14, 2021, the Auditor General was written to. “We, the Executive Council Members of NAACIE hereby write to request the presence of auditors under your supervision to witness the handing over and take over of all assets and financial documents in the care of the union and whatever was entrusted to the General Secretary and General President as to effect their functions. To this end, we would appreciate your cooperation,” the letter stated.

Nagasar was most recently involved in advocating for increases in wages and salaries for GPL workers represented by NAACIE.

Thu Jul 15 , 2021
Support Village Voice News With a Donation of Your Choice. …Ramkarran says it’s the Speaker’s prerogative to choose who advises him Opposition Members of Parliament (MPs) have objected to the Speaker’s decision to seek advice from Attorney General (AG) and Minister of Legal Affairs, Anil Nandlall on how to proceed with the No Confidence motion submitted against Opposition Leader, Joseph […]