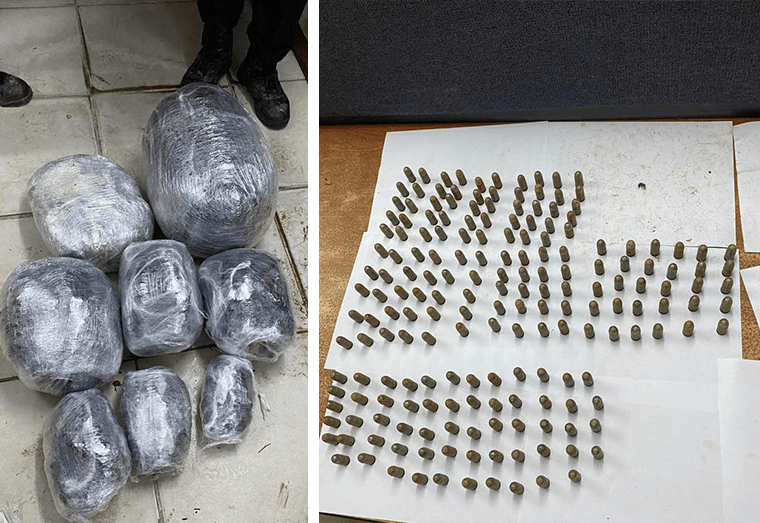 …plastic bag of cannabis thrown out window as police arrived

Six persons were arrested on Tuesday after police showed up at a house they occupied and a black plastic bag of cannabis was thrown out the window and ammunition found on the property that no one claimed ownership for.

According to police reports, at around 03:00 hours on Tuesday, acting on information received, a party of policemen went to a house in Pike Street, North Sophia where, on arrival, the ranks cordoned off the house.

While doing so, it was observed that a black bulky plastic bag was seen thrown out from a window of the house. When the bag was opened, it contained a quantity of leaves, seeds and stems suspected to be cannabis.

They were arrested, the house was searched and a large scale was found. A further search was conducted on the immediate environs and outside of the yard, about 30 feet from the house, a black garbage plastic bag was seen between some bushes which contained 8 parcels of leaves, seeds and stems suspected to be cannabis.

The suspects that were arrested were also questioned in respect to the other suspected cannabis and ammunition and they all denied having knowledge of the same. All six remain in custody as further investigations continue.

Body of man who jumped from harbour bridge found

Tue Jul 13 , 2021
Support Village Voice News With a Donation of Your Choice. A partly decomposed body found on the Kingstown Foreshore early Tuesday morning has been identified as the body of Dellon Thorn, the man who allegedly jumped into the Demerara River from the Harbour Bridge on Sunday. The police had reported that a driver on the eastern side of the Harbour […]