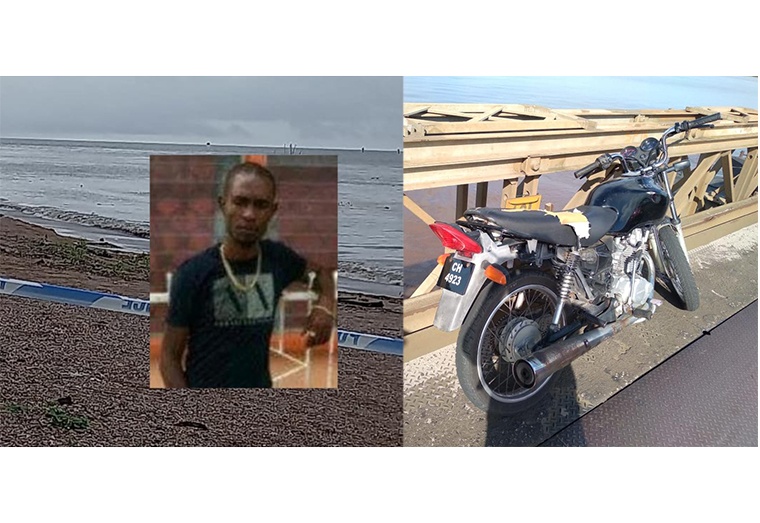 A partly decomposed body found on the Kingstown Foreshore early Tuesday morning has been identified as the body of Dellon Thorn, the man who allegedly jumped into the Demerara River from the Harbour Bridge on Sunday.

The police had reported that a driver on the eastern side of the Harbour Bridge reported that he saw a man jump into the Demerara River from the bridge on Sunday. An alarm was raised and ranks of the Providence Police Station went to the Harbour Bridge where they observed a black CG motorcycle #CH4923 parked on the northern side of the bridge facing west with its engine on.

Checks were made on the pontoons under the bridge but no one was seen. Subsequently, the police marine unit began searching the river as an active investigation was launched. The search proved to be fruitless until Tuesday morning around 06:30 hours.

The body was escorted to the Lyken Funeral Home awaiting PME.

Health Ministry will decide if schools reopen in September - Manickchand

Tue Jul 13 , 2021
Support Village Voice News With a Donation of Your Choice. Though it was previously announced that Guyana will reopen schools in September 2021, Minister of Education, Priya Manickchand said on Monday that whether or not this occurs as plan will depend on the decision of the Ministry of Health. In May, Manickchand announced that based on advice from the Minister […]