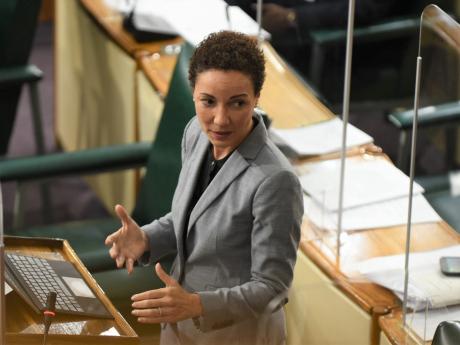 (Jamaica Gleaner) Organisation of American States (OAS) and the United Nations to help in the response to the electoral crisis in Haiti following Wednesday’s assassination of president Jovenel Moïse.

In a statement to the Senate yesterday, Foreign Affairs Minister Senator Kamina Johnson-Smith said that CARICOM has consistently sought to engage Haiti since the emergence of an electoral crisis over a year and a half ago.

The crisis escalated on Wednesday after armed men stormed Moise’s home and killed him.

His wife was injured in the attack which triggered the closure of the country’s borders and the temporary imposition of martial law by Interim Prime Minister, Dr Claude Joseph.

“The assassination of the president has precipitated another level to the crisis and Heads of Government have expressed that calm and security are paramount at this time,” said Johnson Smith.

On Wednesday, a special emergency meeting of CARICOM Heads of Government was convened to discuss the tragic developments in Haiti.

Joseph has indicated that the electoral timetables which had previously been announced and which were supported by CARICOM and the wider international community will be followed.

Members of CARICOM, including Jamaica are to continue working with the OAS and the United Nations to ensure that there is no outside imposition in the electoral process.

But opposition senator Peter Bunting has questioned CARICOM and the OAS focus on the electoral process.

“What I think we have learnt from Haiti is that elections by themselves are not sufficient because we have had a number of elections, but the institutional structures of government have just not been there to follow through for the elections to lead to true development taking place after elections and invariably, in a short time, there is some sort of a return to some dysfunctionality,” he said.

He said Jamaica has a great obligation to try and do whatever is in power to assist Haiti in this time. As a mark of respect, Jamaica and other CARICOM Member States have been flying their national flags at half-mast since Wednesday.  Flags will also be flown at half-mast on the day of President Moïse’s funeral.

Sun Jul 11 , 2021
Support Village Voice News With a Donation of Your Choice. The Economic Commission for Latin America and the Caribbean (ECLAC) raised its average growth estimate for the region in 2021 to 5.2%, a figure that reflects a rebound from the deep contraction of 6.8% registered in 2020 as a consequence of the adverse effects of the COVID-19 pandemic. This expansion, […]