Guyanese were initially led to believe, by the Government, that the proposed gas-to-shore project at the former Wales Estate already had an impact study. Thanks to the insistence of the public the Environmental Protection Agency (EPA) has recently invited submissions on the scope of the study for the project. This is another testimony of what could be achieved when the public stays engaged and involved in decisions made by the government. It is the public through taxes that ultimately finances the activities of the government whether these programmes and projects are successful or fail.

Public involvement should not cease but become more intense in ensuring taxpayers get the best investment in their dollars. The Wales project is expected to cost US$900 million, this is approximately US$650 million more than the Skeldon Sugar Factory cost. Guyanese were told the Skeldon Factory was the panacea to the woes in the beleaguered Guyana Sugar Corporation and would turn around the company. That factory was an utter failure. It has become a white elephant and Guyanese still have to repay that US$250 million loan.

The proposed economic windfall from oil and gas is no guarantee nor should it be automatically accepted that Guyanese would directly or indirectly benefit from the exploitation of these resources. Guyana does not have US$900 million dollars lying around and because this the most responsible thing to do, particularly after the failed Skeldon Factory, is to proceed with caution.

The EPA should not only invite participation in submitting input on the scope of the study but also create the environment where the study will not only allow for  submissions but will be made public and the public getting the opportunity to share their views. Full transparency must accompany any realisation or discarding a project of this magnitude and spending of money that Guyana does not have. US$900 million will have to be borrowed. Guyana must not repeat the mistake of the Skeldon Factory.

The additional burden of US$900 million + US$250 million in debt, in addition to the other debts,  being racked up is threatening the financial wellbeing of the society.  The debt situation is already akin to tying an albatross around the citizens’ neck, and will be a burden on generations to come. Debt accrual must therefore be prudent and go through the strictest of rigours to determine its viability and  benefits, if any, to the masses. And where it’s not worthwhile the idea should be shelved.

Mon Jul 5 , 2021
Support Village Voice News With a Donation of Your Choice. By Alva Solomon They are all self-taught joiners , three men who banded together to make furniture and convert their skills into a business. In February this year the group set-out to produce some of the finest furniture ever made within the village of Moruca sub-region in Region One. In […] 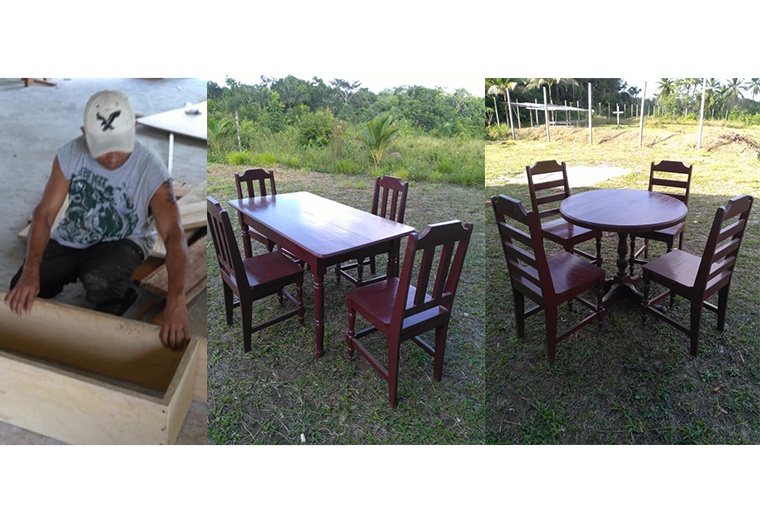