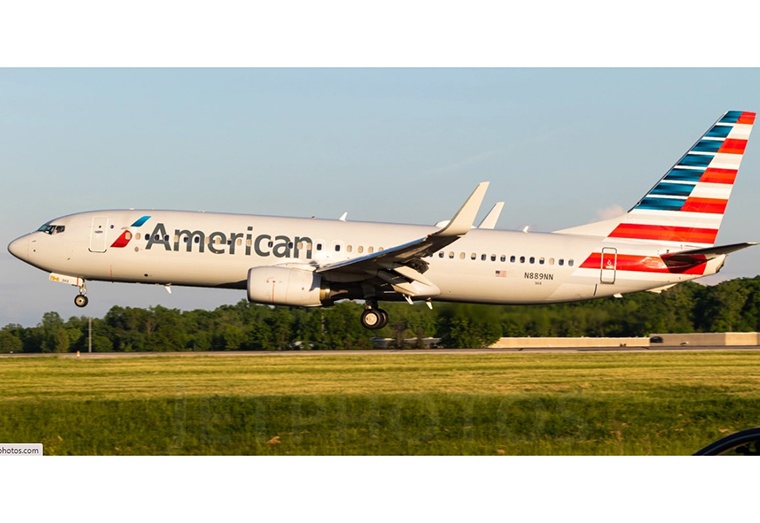 An American Airlines flight which was destined to land at the Cheddi Jagan international Airport (CJIA) on Thursday morning has been forced to land in neighbouring Brazil following bad weather conditions at Timehri.

Reports are that the flight landed at the Boa Vista International Airport in Brazil sometime around 0500hrs after thick fog at the CJIA prevented it from landing there. The aircraft , a Boeing 737-800, left the JFK airport in New York at 23:30hrs on Wednesday and was expected to land at the CJIA some 5 hours later.

Roraima Airways , which manages the ground handling service for American Airlines, told the Village Voice that the aircraft will land at the CJIA until 20:30hrs on Thursday night.

Relatives of a  passenger on board told the Village Voice that the aircraft circled the CJIA several times before landing in Brazil. Since the customs and immigration at Boa Vista are not usually on duty early in the mornings, further delays were expected. For the outbound leg from the CJIA, the aircraft is expected to depart at 0830hrs on Friday morning.

Guyana has been experiencing foggy conditions during the early morning hours in recent weeks. On many occasions flights landing at the CJIA are rerouted when conditions deteriorate at the CJIA.

Thu Jul 1 , 2021
Support Village Voice News With a Donation of Your Choice. …writes DPP in hope that statements from witnesses clear Henry of murder  By Svetlana Marshall Two police officers are among persons who saw Gladston Henry Jnr at his West Coast Berbice home on the morning that 17-year-old Haresh Singh was killed in the backdam of Number Three Village, West Coast […]