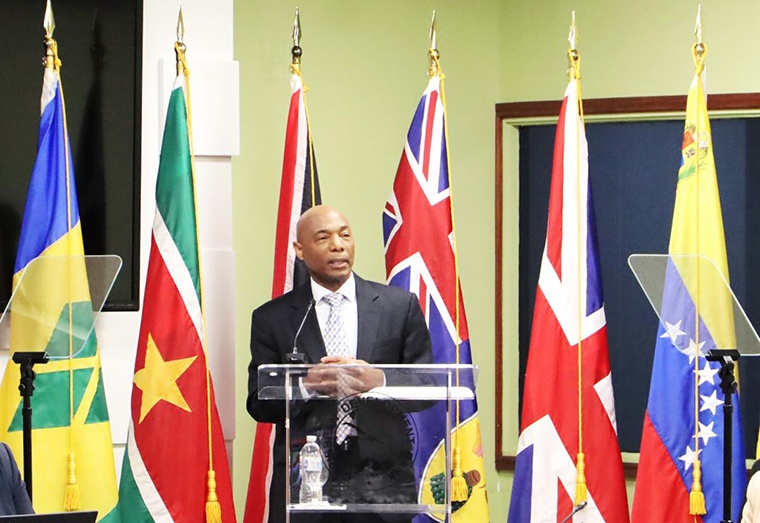 June 30, 2021, BRIDGETOWN, Barbados – New President of the Caribbean Development Bank (CDB), Dr Gene Leon, says the Bank’s current size may need to be revisited if it is to remain an effective partner for the Region in a changing and challenging global environment.

Dr Leon made his remarks while delivering his inaugural address at the 51st Annual Meeting of the Bank’s Board of Governors, asserting:

“If the Bank is to function as an effective development partner in the drive towards the SDGs and beyond, it must remain relevant and fit-for-purpose, and be appropriately sized, skilled and structured.”

He pointed to the predicted financing gap which will impinge on Caribbean countries’ efforts to meet the Sustainable Development Goals (SDGs) as one of the factors driving the need for such a rethink.

“Our preliminary estimates suggest that to reach our goal of halving poverty by 2030 would require more than a doubling of average CDB lending,” Dr Leon said.

On the issue of the SDGs, he sounded the alarm that endeavours to meet the goals were “not advancing at the speed and scale required in the Bank’s 19 Borrowing Member Countries”.

Since committing to the UN’s 2030 Agenda for Sustainable Development in 2015, only seven of the Bank’s 19 Borrowing Member States (BMCs) had submitted voluntary national reviews, reporting on the pace of SDG implementation. Among those submitted, most reviews cited inadequate funding and responses to natural hazards as continually thwarting efforts to achieve the SDGs while insufficient data and statistical capacity affected policy responses, the CDB President noted.

Proposing to create a data hub at CDB, Dr Leon said: “As a starting point, we need to measure better to target better. That includes building data architectures and databases to better inform our evidenced-based decision making; involves improving capacity in data analytics, leveraging developments in big data and digital technology; and requires better measurement of the impact of our vulnerabilities and articulating better the nexus among enabling resilience for increasing public value, promoting priority growth-oriented investment, and managing financing needs for debt sustainability.”

The CDB President highlighted that such a data hub could include a distance-to-SDG tracker that updates not only implementation but associated measures of distances to benchmarks, quantum of financing needs, and estimates of concessionary terms that could facilitate more rapid reductions in these distance metrics. The data hub could also be extended to a resilience tracker that informs on various dimensions of resilience and the region’s ability to recover shocks or sustain a growth momentum.

The Region’s susceptibility to natural hazard events was also cited by the President as a determining factor in defining the optimal size of the Bank.

“… Natural hazard events increase the capital needs of a country and suggest the interest rate at which this capital is financed should be appropriately lower. This is counter to the standard market dynamics, where increased perception of risk would increase the rates of interest required of countries in the wake of a natural hazard event; and would push those rates to levels that lead to adverse debt dynamics, given lower output trajectories and higher interest rates,” explained the Bank President.

Thu Jul 1 , 2021
Support Village Voice News With a Donation of Your Choice. The prime suspect in the murder of a 56-year-old Ituni man has been arrested, the Guyana Police Force said in a statement on Wednesday. Dead is Fredrick De Souza – a 56-year-old labourer, who lived at BQ Range House Kaburi Street, Ituni, Region 10. His alleged murderer is a 39-year-old […]