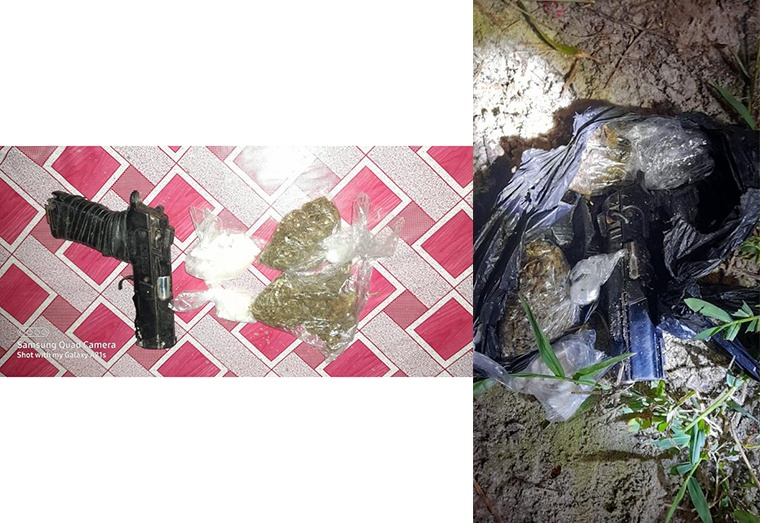 Police on Monday night found a 9mm Pistol and a quantity of cocaine and Marijuana during an operation on Nursery School Srreet, Charity, Essequibo.

In a press release police said acting on information received, a party of policemen went to the Charity Nursery School Street where a search of the area was conducted, during which ranks found a black  plastic bag on the eastern side of the said street next to a hot dog stand.

When the bag was opened, the ranks found a 9mm pistol and four transparent plastic bags containing a quantity of suspected cannabis and cocaine.
A further examination of the 9mm pistol revealed that it does not have a serial  number.

Tue Jun 29 , 2021
Support Village Voice News With a Donation of Your Choice. Digicel Guyana has donated $1M to Moriah Hamilton as she continues to raise funds to attend the Howard University in USA. Hamilton will be reading for a undergraduate degree in Civil and Environmental Engineering. In a press release, it was disclosed that Digicel has donated one million Guyana dollars towards […]