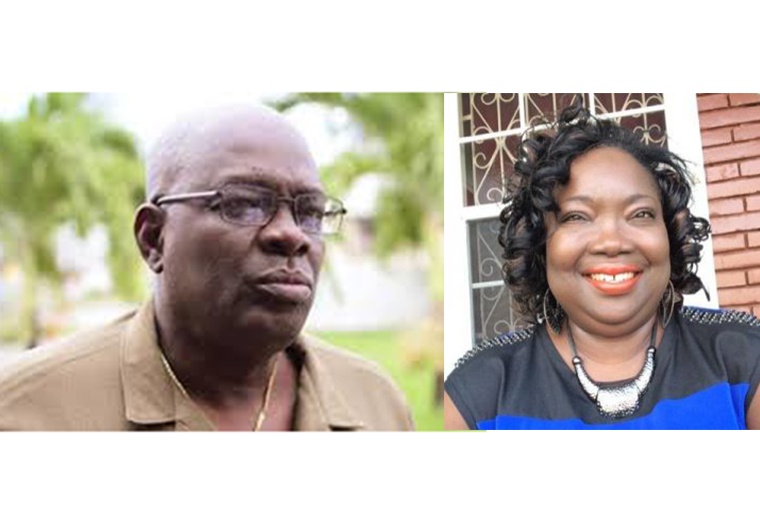 ….Alexander sounds warning of GECOM machinery grinding to a halt  By Svetlana MarshallCome Monday (June 28), both the Chief Elections Officer (CEO) Keith Lowenfield and the Deputy Chief Elections Officer (DCEO), Roxanne Myers will proceed on their annual leave as instructed by the Guyana Elections Commission (GECOM) but their replacements have not been identified. Last Tuesday, Lowenfield and Myers together with the Region Four Returning Officer (RO), Clairmont Mingo were instructed to proceed on leave to facilitate the Commission’s deliberation on the three motions seeking their immediate dismissal over allegations that they compromised the 2020 General and Regional Elections. The CEO is proceeding on 42 days annual leave; the DCEO, 120 days leave and Mingo, 35 days leave.In a brief interview with Village Voice Newspaper, GECOM’s Public Relations Officer (PRO), Yolanda Ward said the Elections Commission, headed by Justice (Ret’d) Claudette Singh, has not yet decided who will be the acting CEO and DCEO when Lowenfield and Myers proceed on leave.

She pointed out, however, that the Election Commission is scheduled to meet on Tuesday (June 29) for its weekly statutory meeting. “I don’t know what the agenda of the meeting is but I rather suspect that it is a matter of urgency, and it is one that they would want to give some attention to,” she posited. The Village Voice Newspaper was unable to make contact with the Chairman of the Elections Commission as calls to her number went unanswered, however, Elections Commissioner Vincent Alexander told this newspaper that the matter will likely come up during the next sitting of the Commission. Alexander said for some time now, the Administration of GECOM has been in a state of “comatose” due to the stalling of electoral work by some. “For some time now, no real electoral work has been going on because people have been stalling on the electoral work, so that the Commission, the Administration have not been doing real electoral work for a while now,” he said. He said should there be any delay in the appointments of the acting CEO and DCEO, certain administrative functions will come to a halt.    “It would probably bring some administrative mechanisms to a halt until and unless we put mechanisms in place so that the basic administration like looking after the wage bill and the light bill, all of those things may come to a halt,” the Elections Commissioner said. He pointed out that there is a one-day gap between the time the Election Officials are proceeding on leave and the time Commission is scheduled to meet. “If we don’t do the right thing on Tuesday then in fact we can bring the machinery of GECOM to a complete halt,” he posited. However, he added: “There are things being done at the level of the Districts and do not require the involvement of the CEO and those people.”Given the developments within GECOM since the 2020 General and Regional Elections, it is not likely that the Elections Commission would be in a position to conduct Local Government Elections this year. “I think we are closing in on our timeline and we are very close to negating that possibility; I don’t think it is completely negated as yet but we are very close to doing so,” Alexander said.
MOTIONS The motions for the immediate dismissal of Lowenfield, Myers and Mingo were tabled by the Government-nominated Election Commissioners – Sase Gunraj, Bibi Shadick and Manoj Narayan –  on June 1. In the motion against Myers, the PPP/C nominated Election Commissioners alleged that: “In breach of her functions, duties, responsibilities and obligations, the DCEO aided and abetted the CEO as he failed and or refused and or neglected to ensure due adherence and compliance of the statutory process, to wit, Section 84 of ROPA by Returning Officer for Election District Number 4, Clairmont Mingo, an election officer under his control and supervision, during the process of adding up the votes recorded in the Statements of Poll for the said district.” Similar motions were tabled against Lowenfield and Mingo. The Election Officials, accused of electoral fraud, had up to June 15, 2021 to justify to the Guyana Elections Commission (GECOM) why they should not be dismissed from Office. Their letters of defense were reportedly submitted on time.Nigel Hughes, the attorney representing Lowenfield, Myers and Mingo, said the motions are misconceived.

Angoy's Avenue girl making best use of opportunities in BVI

Mon Jun 28 , 2021
Support Village Voice News With a Donation of Your Choice. …says great things emerge from places we underestimate  By Gabriella Chapman People from impoverished communities are oftentimes subjected to profiling. A large cross section of society would be guilty of most times having little to no good expectations from people emerging from these areas. However, time and time again, this […]