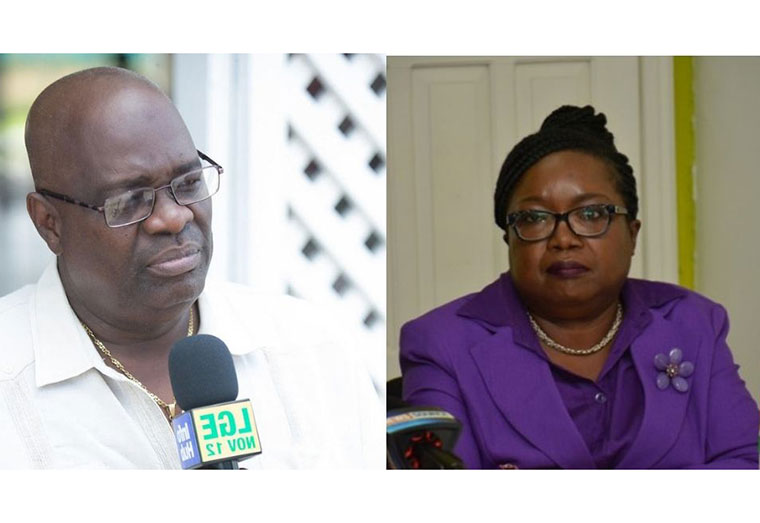 Village Voice News understands that the Chairman of the Elections Commission, Justice (Ret’d) Claudette Singh took the decision today (Tuesday, June 22, 2021), after hearing arguments from both sides of the commission on whether the motions tabled by the Government nominated- Commissioners should be heard.

“The Commission will determine whether it can hear the matter [motion] or whether an independent tribunal should be established to hear the matter,” Elections Commissioner Vincent Alexander told this publication.

Earlier this month, the Government nominated Commissioners tabled three motions for the Election Officials to be removed from office. The Election Officials, accused of electoral fraud, had up to June 15, 2021 to justify to the Guyana Elections Commission (GECOM) why they should not be dismissed from Office.

In the motion against Myers, the PPP/C nominated Election Commissioners alleged that: “In breach of her functions, duties, responsibilities and obligations, the DCEO aided and abetted the CEO as he failed and or refused and or neglected to ensure due adherence and compliance of the statutory process, to wit, Section 84 of ROPA by Returning Officer for Election District Number 4, Clairmont Mingo, an election officer under his control and supervision, during the process of adding up the votes recorded in the Statements of Poll for the said district.”

Similar motions were tabled against Lowenfield and Mingo on June 1.

Attorney-at-Law Nigel Hughes the lawyer for both Myers and Lowenfield has said that the officers are misconceived.

In an interview with Village Voice News recently Hughes said: “A lot of the matters they accused them of being in violation of, the Commission has evidence that contradict it and a lot of the legal positions or allegations that were contained in the preamble to the request to show cause are not supported by the evidence of the events that took place or the responsibilities, more specifically of the Chief Elections Officer or the Deputy Chief Elections Officers.”

Leader of the Alliance For Change (AFC) and Member of Parliament, Khemraj Ramjattan had also expressed shock and disappointment over the chairman’s decision to write the officers asking them to show cause why they should not be dismissed while contending that the presumption of innocence was thrown through the window.

He said that it was unfortunate that the GECOM Chair would take such an approach when the matter is still engaging the attention of the Court. “One is presumed innocent until proven guilty…so this is premature,” Ramjattan said during an online programme.

Alexander is also on record saying that GECOM had jumped the gun.

GECOM to decide if independent tribunal should hear case against Lowenfield, Myers, Mingo

Tue Jun 22 , 2021
Support Village Voice News With a Donation of Your Choice. In the coming days or weeks, the Guyana Elections Commission (GECOM), headed by Justice (Ret’d) Claudette Singh, will determine whether an independent tribunal should be established to hear the motions seeking to remove the Chief Elections Officer (CEO), Keith Lowenfield; the Deputy Chief Elections Officer (DCEO), Roxanne Myers; and the […]