A 56-year old woman who returned from overseas  late on Thursday for her mother’s funeral , died several hours later following  a vehicular accident along the Soesdyke Linden Highway.

Dead is June Forde, of One Mile Wismar.

Reports are that around 19:30hrs, Forde was a passenger in a  Toyota motorcar bearing registration PTT 7073 when it collided with a lorry which was travelling in the opposite direction. The accident occurred in the vicinity of Hauraruni village along the Soesdyke Linden Highway.

Forde , who was seated in the front passenger seat, was rushed to the Diamond Diagnostic Centre where she was pronounced dead on arrival. The driver of the car, Michael Forde, was also rushed to the hospital; he sustained injuries to his face. He was later transferred to the Georgetown Public Hospital Corporation for further medical attention. His condition is listed as stable.

The driver of the lorry which collided with the Fordes is in police custody.

The woman’s death shocked relatives and friends since her mother passed away some four days ago. Forde was returning from overseas where she attended one of her son’s wedding. Relatives were awaiting her arrival before proceeding with her mother’s funeral.

There have been a number of fatal accidents along the Soesdyke Linden Highway over the years. Many involved vehicles which were speeding while the dark roadway has also been a contributing factor.

Fri Jun 18 , 2021
Support Village Voice News With a Donation of Your Choice. Prime Minister of Trinidad and Tobago Chairman of Caricim, Dr Keith Rowley has blasted statements by Health Adviser, Dr Leslie Ramsammy and the Georgetown Chamber of Commerce for misleading comments about his statement on Guyana’s vaccination programme. Both Ramsammy and the GCCI, seized on a video clip of Rowley explaining […] 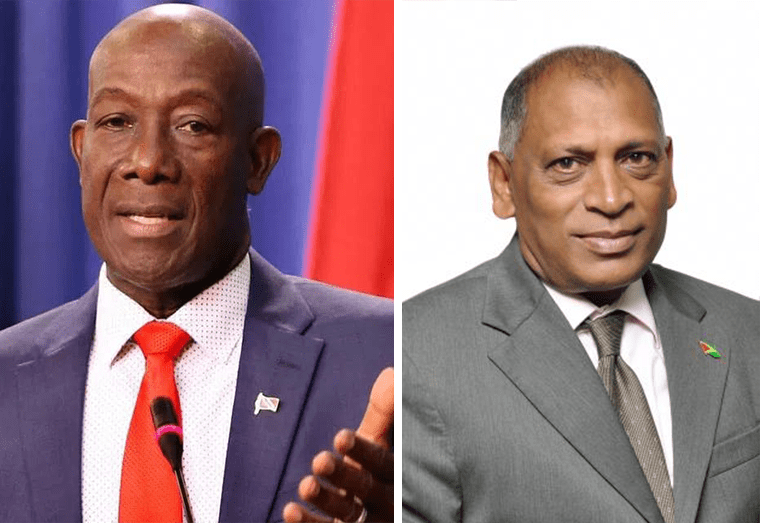