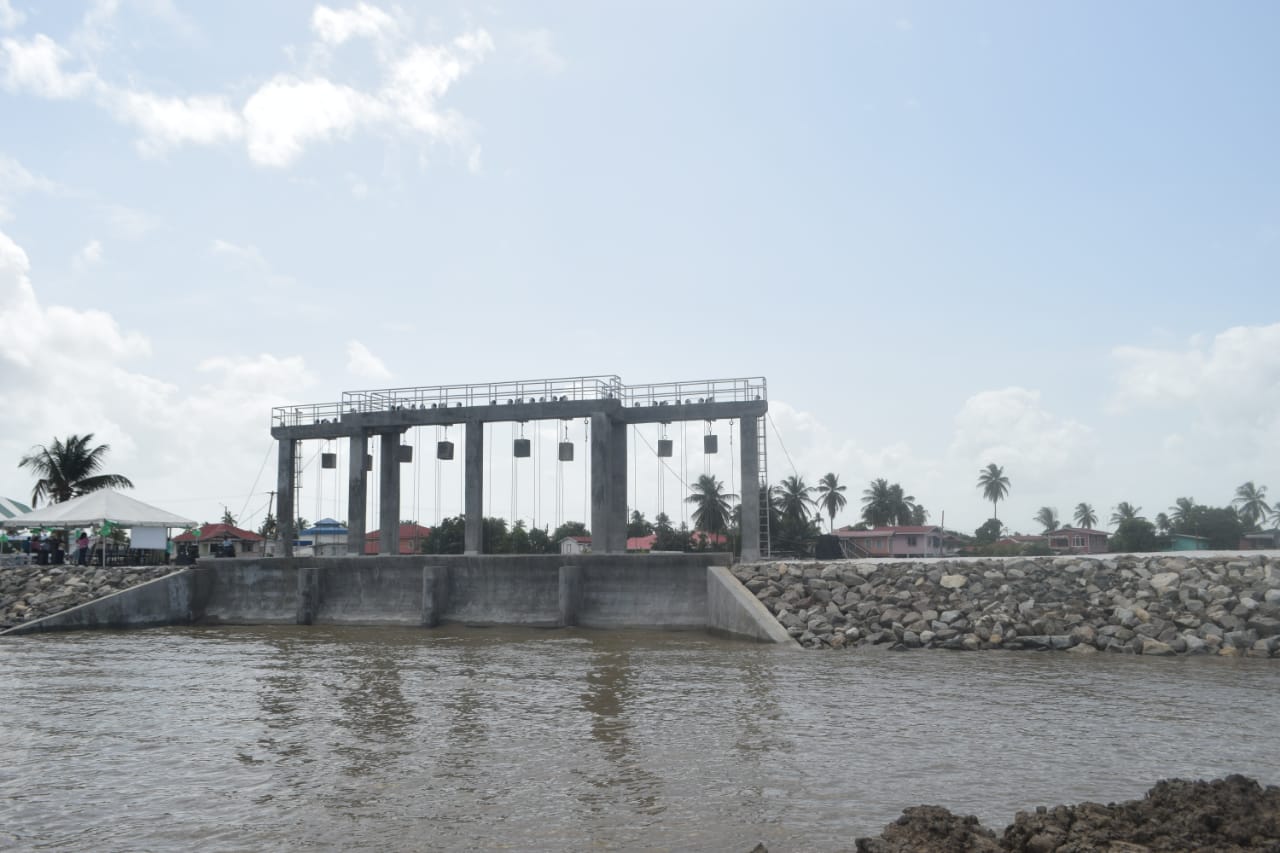 Despite the heavy rainfall and flooding elsewhere countrywide, flood prone areas in West Berbice known as the GLUTT villages were for the first time ever in the history of the villages, completely unaffected, residents have reported

The residents have attributed the absence of floodwaters,  to which they had grown accustomed over the years, to extensive rehabilitation and upgrading of the secondary and tertiary drainage systems in the villages between January 2017 and up to December 2019.

“We noted that the ongoing rainfall on the WCB has been no less intense than in other parts of the Coast of Guyana. We know too that GLUTT is the flood basin in WCB. We are however pleased to say that we have not been affected in the slightest way in this rainy season to date. This is due to the proper functioning of the drainage system which has been improved since the last flood in 2016,” a life long resident of #29 village said.

The villager noted that flooding of the GLUTT villages in 2016 was very heavy.

“The flooding was so bad that some of the residents decided that they would block the roadway as a form of protest. But the authorities talked them out of it.”

This , he said, was in December 2016 and the Regional Administration under the APNU/AFC Government commenced upgrading the drainage systems within the villages and also along this section of the Coast and in Mahaicony, in January 2017.

“The Coalition Government rehabilitated the residential drains as well as the secondary drains in the GLUTT villages among other residential areas along the WCB. They rehabilitated sea kokers which had been built since colonial times but had been abandoned.

He said: “They rehab these Kokers and get them to function again.”

The resident said that the final nail in the coffin of the chronic flooding in the GLUTT villages is in his opinion,  the construction of the four door sluice at D’ Edward Village on the West Bank of Berbice between 2017 and 2019 and its commissioning in February 2020 last.

“Rainwater ent settling long here since then and up to now,” he said.

Meanwhile former Regional Executive Officer in the Coalition Administration Ovid Morrison in an invited comment, said that he was pleased with the functioning of the flood management systems in the residential areas in WCB in the face of the unusually heavy rainfall..

He recalled: “I remember December 23rd 2016. The residential areas in those villages were under knee deep flood water.”

He said that his Administration had changed the cleaning of the secondary and tertiary canals from a surface administration of weedicides which merely killed the weeds in the clogged channels,  to one of mechanical desilting using mini excavators.

“The mechanical desilting proved to be the better strategy since killing the weeds with weedicides merely caused them to sink to the bottom of the channels and further contribute to the clogging detrimental to the drainage flow.”

He said that the four door sluice would have played a major part in the implementation of the flood mitigation measures in the residential areas in WCB.

That sluice was constructed by Courtney Benn Construction Company Limted between 2017 and 2019 at a cost of $414.7M

He noted:” That sluice has a drainage capacity of over 6,000 gallons of water per second. This capacity together with the improved conveyance capacity of properly desilted  secondary and tertiary channels by our Regional Administration, is what is responsible for the absence of flood waters in residential areas in WCB in this heavy rainfall . And hopefully for a long time to come.”

'Dip into the oil fund'

Mon Jun 14 , 2021
Support Village Voice News With a Donation of Your Choice. …Harmon tells House Guyana in dire financial state …PPP withdrew $37.9B from Consolidated Fund in five months By Lisa Hamilton The APNU+AFC has accused the PPP/C Government of “squandermania” and misuse of the Consolidated Fund after Senior Minister with responsibility for Finance, Dr. Ashni Singh revealed on Monday a deterioration […]