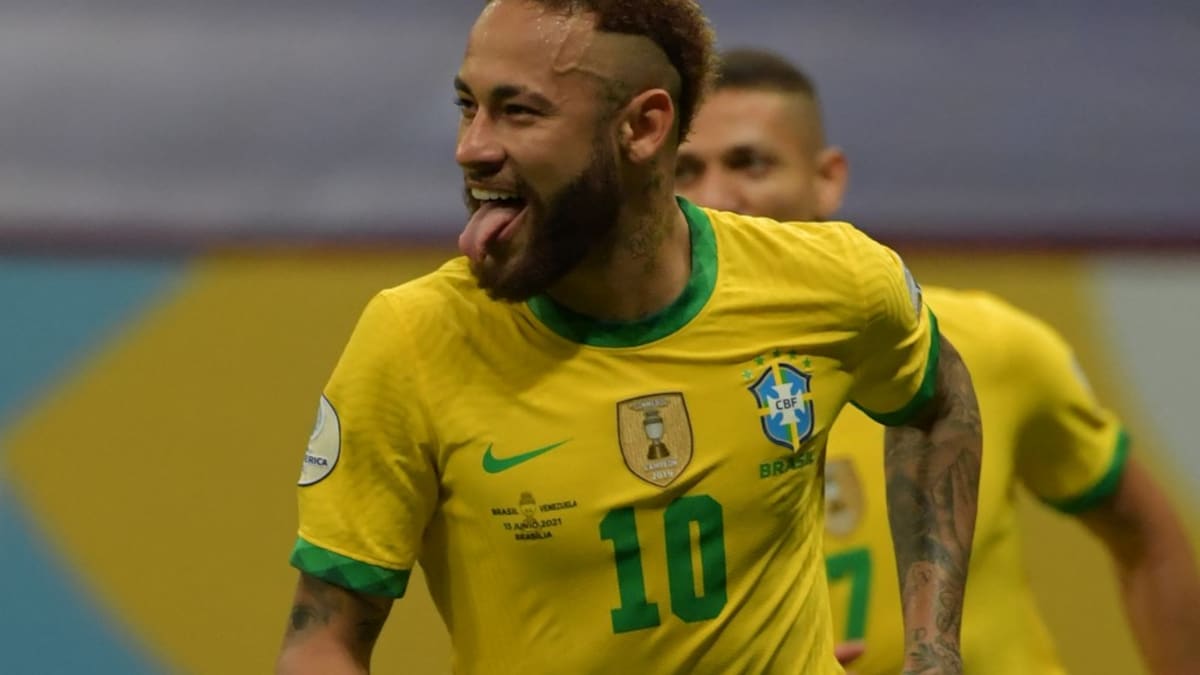 (BBC Sport) Hosts Brazil began the defence of their Copa America title with a comfortable victory over a Covid-affected Venezuela in the tournament’s opening match.

Talisman Neymar scored one and assisted another, adding a second for Tite’s side with a second-half penalty before setting up Gabriel Barbosa late on.

Paris St-Germain defender Marquinhos bundled in a 23rd-minute opener after Venezuela failed to clear a corner.

Twelve of Venezuela’s players and coaching staff tested positive for Covid-19 a day before their opening match in Group A, which also includes Colombia, Ecuador and Peru.

Colombia won their opener against Ecuador 1-0, with Edwin Cardona scoring the only goal of the game minutes before half-time from a cleverly-worked free-kick.

The goal was initially ruled out for offside but the video assistant referee (VAR) overturned the decision.

Everton forward Richarlison had a first-half goal disallowed for offside and Neymar missed from close range as Brazil initially struggled to make their dominance count.

Neymar scored his 67th international goal after Yohan Cumana fouled Danilo, but he missed another great chance to move closer to Pele’s national record of 77, shooting wide after breaking through the Venezuela defence in the closing stages.

The PSG forward then rounded goalkeeper Joel Graterol before squaring to substitute Barbosa for a tap-in.

The 47th edition of the Copa America – delayed a year because of the coronavirus outbreak – is taking place in Brazil, after Colombia and Argentina were stripped of the tournament.

The South American Football Confederation (Conmebol) removed Colombia as co-hosts in May amid anti-government protests and Argentina were later replaced because of rising Covid-19 cases in the country.

The BBC is broadcasting all 28 games from the 2021 Copa America, which runs until 10 July and features the 10 Conmebol nations.

Mon Jun 14 , 2021
Support Village Voice News With a Donation of Your Choice. (BBC) The decision to resume Denmark’s Euro 2020 opener against Finland following Christian Eriksen’s cardiac arrest was the “least bad one”, says Denmark forward Martin Braithwaite. Eriksen had to be resuscitated on the pitch after collapsing shortly before half-time in Saturday’s match, then was taken to hospital. The 29-year-old Inter Milan player […]