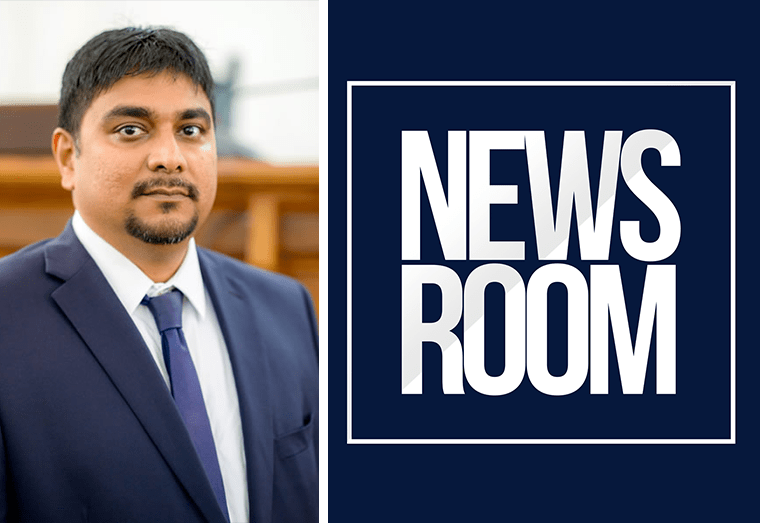 …over claims she blocked Court Marshals during 2020 Elections

Deputy Chief Elections Officer (DCEO), Roxanne Myers has sued People’s Progressive Party/Civic (PPP/C) Member of Parliament, Sanjeev Datadin, and News Room Inc for $150M over claims made that during the 2020 General and Regional Elections, she blocked Court Marshals from carrying out their functions.

Myers, through her Attorney Nigel Hughes, filed the Statement of Claim on June 1, 2021.

In stating the grounds for the application, Hughes explained that during an interview, which spanned for 3 minutes and 29 seconds, Datadin, while at GECOM’s Command Centre in Ashmin’s Building, accused the Deputy CEO of refusing to allow the Court Marshals into the building to serve a notice of application.

“The Defendants published the official designation of the Claimant as one who has acted illegally, corrupted and ultra vires in her capacity as Deputy Chief Election Officer as it pertains to the 2nd March, 2020 elections. The Defendants expressly accused the Claimant of acting above the law and having arrogated or attempting to arrogate unto herself jurisdiction to influence the outcome of the Region 4, 2020 Elections Results and control and or otherwise direct Marshals of the Supreme Court of Guyana,” Hughes explained.

He added: “The willful malice of this allegation is to be found in the failure of the Defendants to contact the Claimant prior to publication to give her an opportunity to exonerate herself.”

Further, Hughes said the News Room never put the allegations to Myers or invited her to counter the utterances of Datadin.  He said it was reckless for the defendants to publish such slanderous statements.

“The gravity of the allegations made against the Claimant by the Defendants and subsequently published by them mandated that, a mind not intent on malice, afford her some manner of due process to hear and confront the allegations against her and be invited to comment or, at the very minimum, educate the First-Named Defendant [Datadin] on the role if any she played on the day, he made the slanderous/defamatory statements,” Hughes reasoned.

For the record, Myers denies subverting the service of injunctive proceedings or acting ultra vires in her capacity as Deputy Chief Elections Officer as it relates to the March 2 Elections.

Based on those grounds, Myers is claiming damages in excess of $50M against Datadin for defamation published during the interview on March 6, 2020 at Hadfield and High Streets on the outskirts of the GECOM Command Centre.

She is also claiming damages in excess of $50M against Datadin for defamation published in the news interview published on News Room on its online platforms – Facebook and website.

Myers is also claiming damages in excess of $50M against News Room for defamation. The DCEO is also seeking a permanent injunction restraining both News Room and Datadin from publishing or causing to be published any means whatsoever, whether electronic or print, the words contained in the interview.

Myers is also wants the High Court to order the News Room and Datadin to issue a retraction and an apology for the false, malicious and defamatory statements, which sought to impugn her character and reputation. Further, a mandatory injunction for the permanent removal of the interview is being sought.

Wed Jun 9 , 2021
Support Village Voice News With a Donation of Your Choice. The Civil Defence Commission (CDC) has advised that the flood situation across the country is now a Level 2 Disaster. This was disclosed by President Irfaan Ali when he addressed residents of Chesney New Housing Scheme during the second day of his outreach activities in regions Five and Six. “The […]