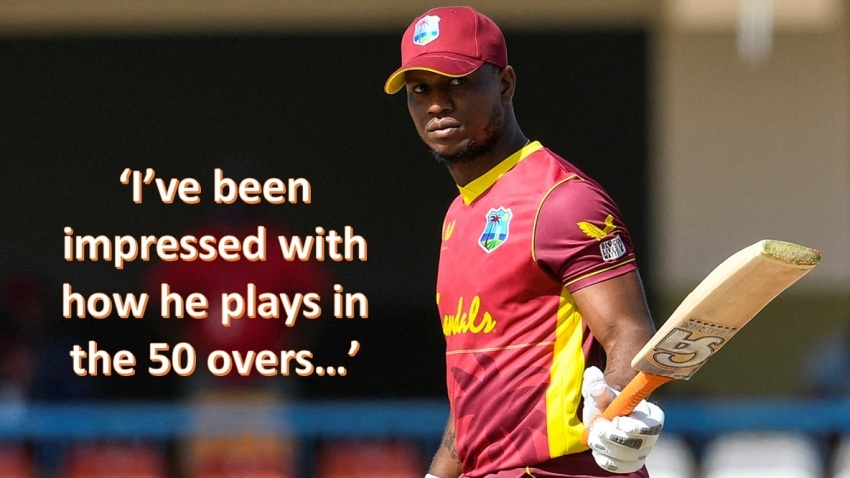 The 29-year-old Trinidadian-born batsman, who idolizes another big hitting left hander, Chris Gayle, has had some success in the shorter formats of the game, but, unlike Gayle, is yet to play a Test match for the West Indies.

The batsman, who also has 1229 runs in 22 First Class cricket matches, and a century scored while representing the Trinidad and Tobago Red Force in the regional four-day competition, has not played the format since 2017.

“I’ve always thought the selectors were a little short-sighted for not given him a go in the Test matches,” Hendricks told the Mason and Guest Radio program.

“I’ve been impressed with how he plays in the 50 overs.  He is not a real hitter, he plays his shots very well, he always gets into position and so on.  So, I’m disappointed that he is not thought about for the team,” he added.

Recently, there have been calls for the selectors to consider widening the pool of available Test players but considering some of the players that do very well in the shorter formats.

Sun Jun 6 , 2021
Support Village Voice News With a Donation of Your Choice. BBC Sport – Elina Svitolina became the seventh top-10 seed to be knocked out in the French Open’s opening week as she fell in the third round to Barbora Krejcikova. Fifth seed Svitolina was outclassed 6-3 6-2 by the impressive unseeded Czech. The Ukrainian follows Ashleigh Barty, Naomi Osaka, Karolina […]