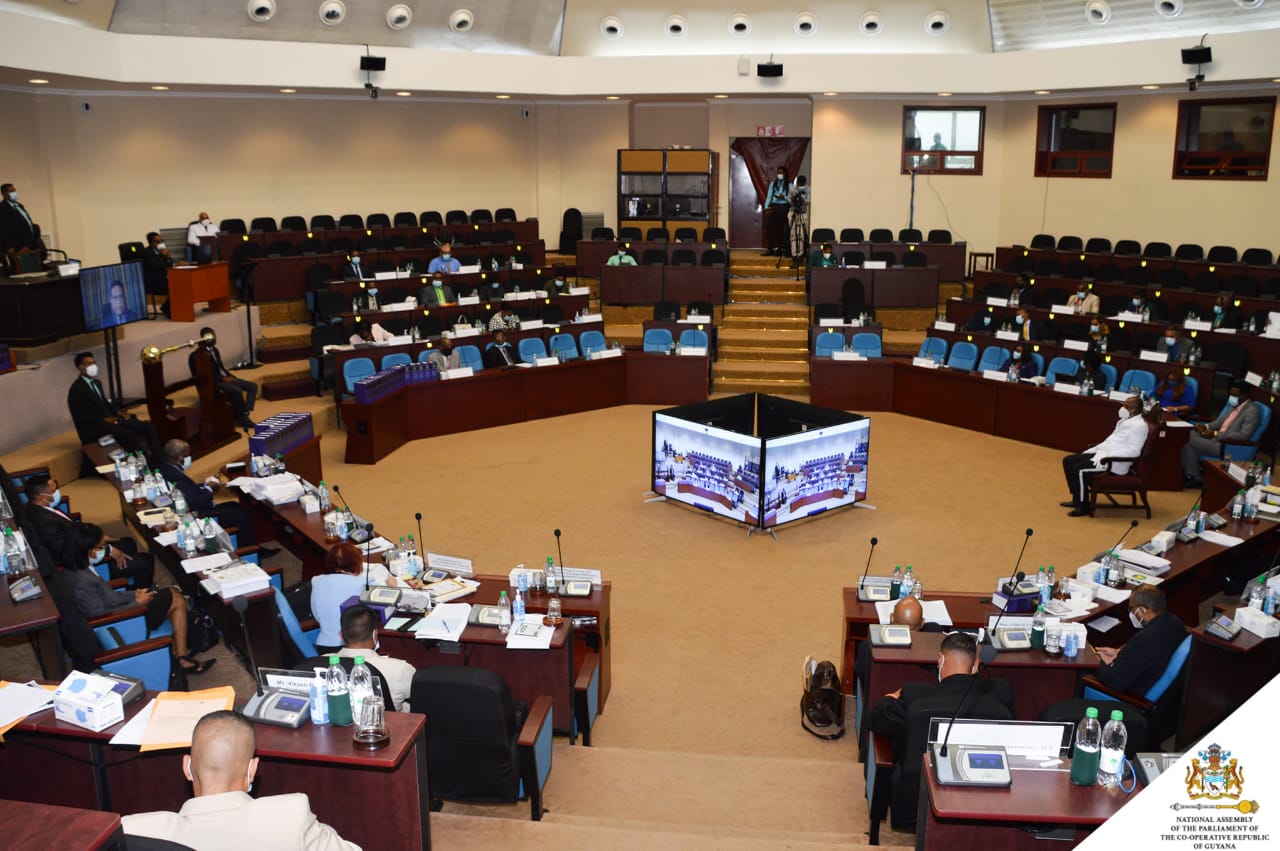 Journalists and other media operatives seeking to enter the Public Buildings and or the Arthur Chung Conference Center during the sitting of the National Assembly would be required to produce their COVID-19 vaccination cards or negative COVID-19 test results before access is granted.

The Parliament Office made the announcement on Thursday.
“With effect from Monday, 7th June, 2021, Members of the Media will be required to produce proof of their COVID-19 vaccination card or a negative COVID-19 test result before gaining access to the Arthur Chung Conference Center for the Sittings of the National Assembly,” the Parliament Office said in its advisory.
It noted too that similar rules would be applied to those seeking to access the Public Buildings for Meetings of Parliamentary Committees.
“Please note that failure to do so will result in media representatives observing the Sittings and Meetings virtually,” the Parliament Office made clear.

Though not objecting to the measure being implemented by the Parliament Office given the increasing spread of COVID-19, President of the Guyana Press Association (GPA), Nazima Raghubir expressed the hope that the new measure does not bar access to information and access to Government and Opposition Members of Parliament.

“I am hoping that a measure like this does not affect access to the Government Minister and other Members of Parliament,” Raghubir told Village Voice News while pointing out that there has been no Post-Cabinet Media briefing since the change in Administration and limited access to Ministers.

Raghubir also expressed the hope that the measure is implemented across the board and not targeting only the media and a selective few.

“I hope that if this is the new rule, this applies to everyone, but I am really hoping that this is something that is temporary and is not there forever,” the GPA president said.

Who letting the cocaine pass?

Fri Jun 4 , 2021
Support Village Voice News With a Donation of Your Choice. A few weeks ago, a Brazilian plane crash-landed in Orealla. In that plane a significant amount of cocaine of commercial quantity was found. Since last August there were at least three known major cocaine busts discovered outside of Guyana but were said to have left the ports of Guyana. One […]