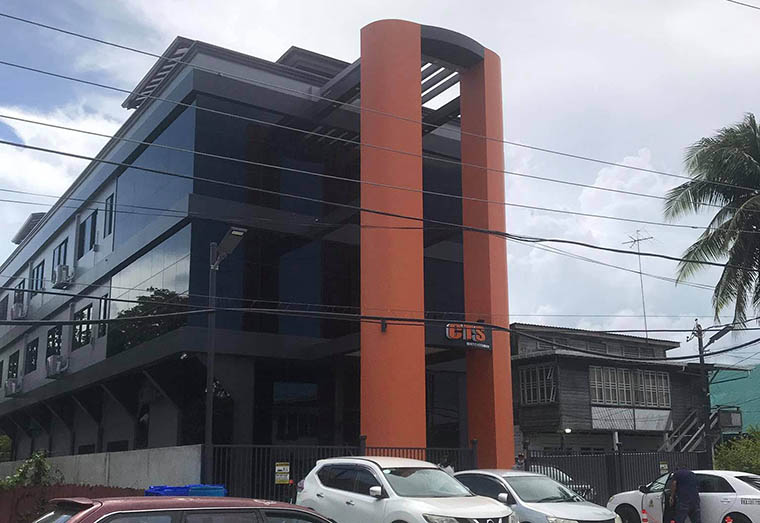 Professional drivers attached to Cyril’s Transportation Service said in the absence of a Collective Labour Agreement (CLA), they are left at the mercy of the company, and as it is right now, their rights are being trampled upon.

“I am there for seven years now, and if Cyril decides tomorrow morning he doesn’t want me, I’m out with the boots with nothing in my hand,” Lloyd Famey told Village Voice Newspaper as he underscored the need for a Collective Labour Agreement to safeguard the rights and benefits of drivers. Famey is one of the more than 115 drivers working at Cyril’s Transportation Service.

Since 2019, the Trade Union Recognition and Certification Board has recognized the Guyana Bauxite and General Workers’ Union (GB&GWU) as the workers’ representative, however, though Cyril’s Transportation Service had agreed to present itself at the negotiating table to discuss the establishment of a Collective Labour Agreement, it has been dragging its feet on the matter.

Famey told the Village Voice Newspaper that in the absence of a Collective Labour Agreement, workers are being overworked without adequate pay, and suspended without reasonable cause.

Famey said approximately two weeks ago he was suspended without pay for three days for allegedly surpassing the speed limit though the company presented no evidence to support its claim.

“I was suspended for three days last week for exceeding the speed limit by 3 kilometers. I was on the Rupert Craig Highway and the speed limit there is 80 km/h, and I was allegedly going at 83,” the driver explained.

He said approximately one week after the incident, the Management of Cyril’s Transportation Service sent him a Warning Letter, and when he requested to speak with a manger, he was suspended for three days.

Famey said to this day he is uncertain as to how the company arrived at the position that he had surpassed the speed limit. According to him, through the ‘grapevine’ he heard that the company has placed tracking devices on the vehicles, however, he said if that is so, the drivers were never formally informed.

But the allegation laid against Famey came as no surprise. He told this publication that since Cyril’s Transportation Service secured a contract with ExxonMobil Guyana, it has been constantly accusing drivers of various infractions.

“From time to time Cyril would come and say that Exxon sent an email that you are speeding or you are driving too slow or something but we don’t know what Exxon say and what Exxon didn’t say,” he said. He claims that often times, drivers are not given the right to reply to the allegations laid against them. “We do not have a voice. If we criticize Cyril, say something that we deem is wrong, Cyril will victimize us for that. So we really need somebody to speak for us at the workplace,” Famey said.

Famey also accused the company of refusing to pay drivers double on Sundays. “We work from Sunday to Sunday; we have one day off. If we work on Sundays, we are supposed to get double; if

we work on Saturdays we are supposed to get time and a half; we have been asking for that for years now but nobody is paying attention to us,” he said.

Famey said though drivers are required to report for duty at 5:30hrs daily, they are provided with no breakfast or meal allowance, and often times left to make their way home after 22:00hrs, though access to public transportation to locations on the East Bank of Demerara, Soesdyke-Linden Highway and East Coast of Demerara often prove challenging due to the curfew imposed by Government in light of the Coronavirus Disease (COVID-19) pandemic.

Another driver, who spoke to Village Voice Newspaper under anonymity out of fear of victimization, also expressed concern that the drivers at Cyril’s Transportation Service are not being paid double on Sundays and holidays.

He alleged too that drivers cannot even afford to fall ill because monies would be deducted from their salaries with or without a medical. “If you report sick for three days or just a day, chances are that your money would be deducted,” he explained.

The driver explained that the majority if not all of the drivers are paid for 52 hours per week, 40 hours at the normal rate, and the additional 12 hours at time and half, however, if a driver reports sick on any given day, the deduction would be made from the overtime rate.

According to him, during this ongoing pandemic many drivers experienced flu like symptoms associated with COVID-19, however, they opted to work to avoid their salaries being cut.

He contended too that drivers are issued warning letters and or suspended without any proper investigation done into allegations made against them. Like Famey, he fears that Cyril’s Transportation Service can dismiss at will, and urged that there be swift movement towards the establishment of the Collective Labour Agreement.

Over the past two weeks, members of GB&GWU have been protesting Cyril’s Transportation Service Headquarters at David Street, Kitty, in demand of a Collective Labour Agreement. In an exclusive interview with Village Voice Newspaper, General Secretary of GB&GWU, Lincoln Lewis said Cyril’s Transportation Service has been stalling the issue since 2019, and the Ministry of Labour is aiding and abetting the company.

Lewis explained that two weeks after the Trade Union Recognition and Certification Board issued GB&GWU with a Recognition Certificate on September 1, 2019, the union made a proposal to initiate negotiations for the establishment of a Collective Labour Agreement, however, the company has between pushing the union around.

He said in April 2020, the transportation company proposed the conduct of virtual meetings, and though this method was agreed upon, several meetings were delayed in 2020. However, the two sides met in December 2020, and later in January, 2021. January, 2021 was the last time that the union and company met.

In a letter dated March 2, 2021, Cyril’s Transportation Service Human Resource Manager, Nastassaja Pickett informed Lewis that a meeting scheduled with the union and company for March 3 was no longer possible.

“The reason for this absence is, there was a sudden family emergency which required the attendance of Mrs. Persaud our CEO. There can be no discussion/agreement without her presence,” a section of the letter stated.

In another letter on March 17, 2021, Pickett informed the union of further delays. “Since our last correspondence, there has been some pressing matters that took the attention of the CEO which lead to a trip out of country.

Unfortunately, at this time, I am unable to set a date until Mr. and Mrs. Persaud return from their trip abroad and the bereavement period has ended,” a section of the letter read.

Lewis said during the initial stage, the Department of Labour, now the Ministry of Labour, had encouraged bilateral talks, however, due to the constant delays, the union has insisted on conciliation.

The GB&GWU General Secretary explained that the Collective Labour Agreement will address benefits, hours of work and overtime inclusive of Saturdays, Sundays and Holidays; Occupation, Health and Safety, Code of Conduct and disciplinary actions among other areas.

Village Voice News made contact with Cyril’s Transportation Service on two consecutive days (May 19 and May 20), and though a commitment was made on both occasions to have the Human Resources Manager return a call, she has not done so to date. Calls to the Minister of Labour, Joseph Hamilton also went unanswered.

Mon May 24 , 2021
Support Village Voice News With a Donation of Your Choice. A white 212 motorcar, HB 8987, was stolen from the road parapet at Mount Sinai Village Public Road, East Canje Berbice between Saturday evening and Sunday morning. According to the Guyana Police Force, at around 21:00hrs on Saturday, a hire car driver parked his motorcar on the road parapet at […]