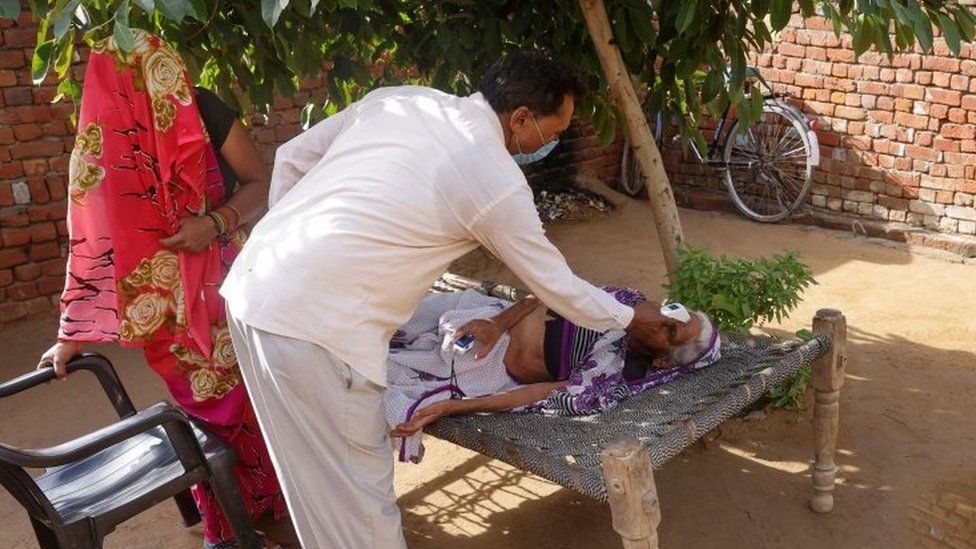 India’s government has instructed social media companies to remove any content that refers to the “Indian variant” of Covid-19.

The IT ministry said the World Health Organization (WHO) listed the variant as B.1.617 and any reference to “Indian” was false.

Geographical terms have been used to describe a number of other variants, including the UK and Brazil.

India’s government has faced criticism over its handling of Covid-19.

It also drew anger last month after it ordered Twitter to remove posts critical of some of its actions during the pandemic.

The country has been hit hard by the new variant since late March and is now second only to the US in terms of overall infections, at more than 26 million, according to Johns Hopkins University research.

Covid-related deaths are close to 300,000, behind only the US and Brazil, although some experts believe India’s fatalities could be considerably higher.

The instruction to social media companies was carried in a government order from the Ministry of Electronics and Information Technology on Friday.

The note was not made public but was obtained by news agencies.

Platforms were asked to “remove all the content that names, refers to, or implies ‘Indian variant’ of coronavirus from your platform immediately”, the Press Trust of India reported.

“It has come to our knowledge that a false statement is being circulated online which implies that an ‘Indian variant’ of coronavirus is spreading across the countries. This is completely FALSE,” AFP news agency quoted the same letter as saying.

The note says that the WHO has “not associated the term ‘Indian variant’ with the B.1.617 variant of the coronavirus in any of its reports”.

One social media executive told Reuters it would be extremely difficult to take down all references to “Indian variant”.

B.1.617, a more transmissible variant, was first detected in India last year and has spread to dozens of countries. A number of nations have severely restricted arrivals from India.

India is a massive market for social media companies. Statistics from January show it is Twitter’s third largest.

India’s government this year introduced guidelines it said were intended to curb misuse of social media and the spread of misinformation.

If what is termed “unlawful” material appears on a platform, the company can be given a takedown order. If it does not comply within a deadline, it can face the possibility of prosecution.

The rules in essence mean companies cannot evade responsibility for what users post.

Questions have arisen over whether these guidelines promote more censorship and undermine freedom of speech.

There has certainly been concern within the media that Prime Minister Narendra Modi’s government has been behind persistent attacks on the freedom of the press.

Last month, the government told Twitter and Facebook to remove some posts critical of Mr Modi’s handling of Covid-19.

On Friday, it criticised Twitter for labelling some tweets by Indian politicians “manipulated media”, which the platform uses referring to possible fabrications and deceptions.

Sun May 23 , 2021
Support Village Voice News With a Donation of Your Choice. Reuters – Myanmar’s junta leader Min Aung Hlaing said deposed leader Aung San Suu Kyi was healthy at home and would appear in court in a few days, in his first interview since overthrowing her in a Feb. 1 coup. The coup has plunged the Southeast Asian country into chaos. […]