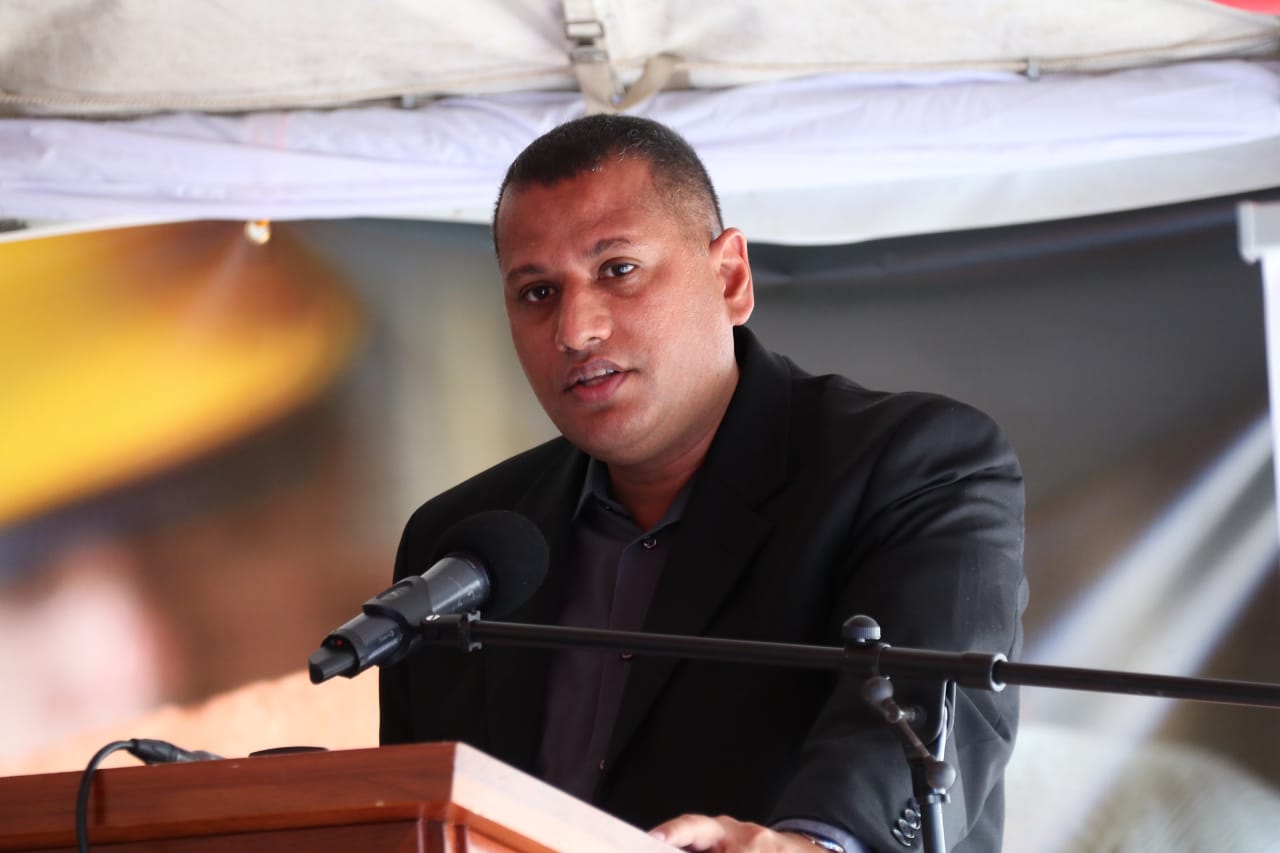 ….$3.9M pilot of the project launched in Tiger Bay

The Central Housing and Planning Authority (CH&PA) launched its Community-based Employment Stimulation Project (CESP) on Monday, a project which caters to residents of vulnerable communities, providing them with job opportunities through the housing drive.

Through the programme, the CH&PA will seek out block makers, or those interested in making blocks, to assist in supplying same to contractors to facilitate the housing drive.
Target vulnerable communities identified thus far are Tiger Bay, Albouystown, East Ruimveldt, West Ruimveldt, Sophia, Agricola, Mocha, Lusignan, and Buxton in Region Four. Canje in Region Six and Linden in Region Ten have also been identified.
The project will run from 2021-2025 at an estimated cost of $20 million with $3.9M allotted to pilot the project in 2021. Phase One will span from May to November 2021, with an expected 80 direct beneficiaries.
Speaking at the launch of the project on Monday in Tiger Bay, Minister of Housing and Water, Collin Croal told residents that the government has recognized implications of the COVID-19 pandemic on the lives of citizens countrywide but especially in vulnerable communities.

He said the project is therefore a fitting response and will see the employment of some 400 persons over the next few years.
“[There is] a demand for blocks. There is an immediate demand for 123,000 for the houses that are just being built in two communities —Cumming’s Lodge and Prospect. How do we meet this demand. We have decided to come to you, the block markers within the community to fill the demand. If you are not a block maker but you have the skill…now is a good time to become an entrepreneur. You have nothing to lose,” he said.

Minister Croal noted that the project was conceptualized by President Irfaan Ali during a visit to Tiger Bay in August 2020. At that time, he said that the President promised the community that the government would explore ways for community enhancement and job creation and this will now be done for Tiger Bay and other communities.
He said: “The vision of His Excellency, when it comes to fruition, will mean steady employment, better communities and, of course, stronger families.”
Also addressing the community members, Minister within The Ministry of Housing and Water, Susan Rodrigues said that the project is in keeping with the Government’s promise of 50,000 jobs over its five-year term.

She said that in many vulnerable communities, persons have been out of work for a very long time and survival is therefore difficult. Rodrigues assured that the Minister has noticed this and the project is its contribution towards rectifying the issue.
“Today, as part of our commitment to ensuring that we create employment for our people we in the Ministry of Housing and Water are doing our part to contribute to the bigger accomplishment of ensuring that we create those job opportunities for our people. So, we chose the most vulnerable communities because we are convinced, as a government, that we need to improve lives, that we need to improve the standard of living of our people,” she said.
Meanwhile, CH&PA Chief Executive Officer (CEO), Sherwyn Greaves said that blocks are expected to meet certain specifications in keeping with the guidelines of the Guyana National Bureau of Standards (GNBS). The Government has committed to constructing in excess of 25,000 houses over the next five years.
Start-up support including block-making sheds, tools, and the organizing of credit for sand, cement, and transportation will be provided to the blockmakers. To date, ten contractors have agreed to purchase blocks from the project to aid in the construction of 290 homes being built by CH&PA in Prospect, East Bank Demerara, and Cummings Lodge, Georgetown.

The day when Freddie praised Kwayana

Tue May 18 , 2021
Support Village Voice News With a Donation of Your Choice. Dear Editor Columnist, Freddie Kissoon, has been writing a lot about Eusi Kwayana over the last year. Much of it has been downright nasty. But he seems to have unlimited license and editorial cover  to do so. Many Guyanese have asked me if Freddie does not have anything good to […]