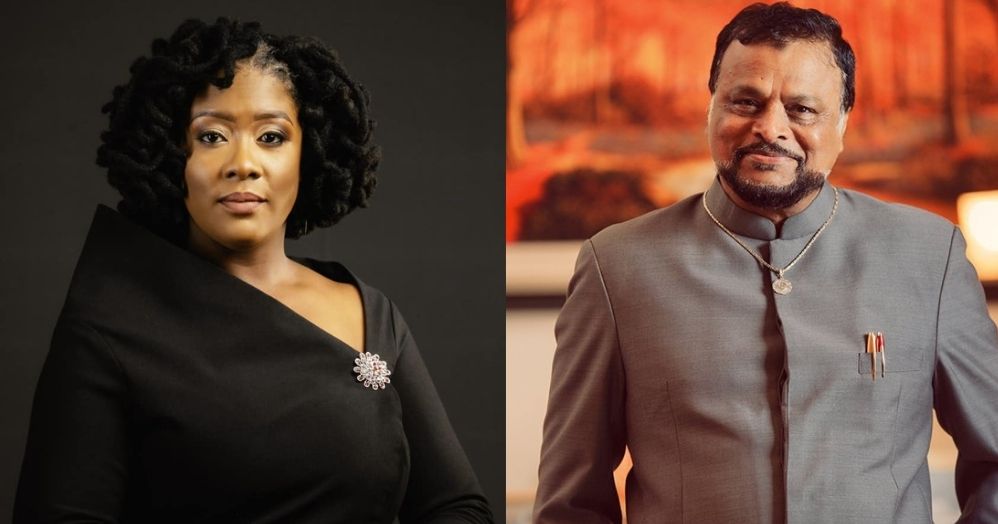 Khan, who has taken the spotlight several times in the past for social media remarks that have led to ethnic tension, also stated online: “Indo Guyanese need to picket Parliament and her home and everywhere she goes” and “We must target her with sleepless nights”.

His comments were in relation to the ongoing public discussions about remarks made by Walton-Desir during a one-hour discussion. Some in the public have accused Desir of stating that Indo-Guyanese are “mentally lazy”. However, based on the facts of what was said during the programme — a video still online and accessible — Walton-Desir did not state such.

INDO-GUYANESE WERE NOT SINGLED OUT

At one point in the programme the Opposition MP was analyzing the decision-making tendencies of People’s Progressive Party/Civic (PPP/C) supporters. She said that, based on her observation, some amount of gullibleness to what is said by their political leaders is present. She said that in cases where critical thinking is lacking, even by choice, a person is therefore not free but in bondage.

Along those lines, Walton-Desir stated: “They don’t have the freedom of self-determination because freedom requires responsibility, true freedom requires work, it requires investment. It is okay for me to remain in bondage because somebody is responsible for me but the minute you take the role of self-determination and you assume that responsibility unto yourself it requires work. So, we have a bunch of mentally lazy people and so the PPP understands this very, very well and they capitalise on it.”

Though Walton-Desir did not highlight Indo-Guyanese, many supporters within the PPP/C’s base have been running with the angle. Already, a complaint has been lodged by the Indian Action Committee (IAC) at the ERC, the very body that Walton-Desir and others call into question as to whether it currently serves its purpose.

Walton-Desir was also asked by the Guyana Police Force (GPF) Cyber Crimes Unit to visit the Criminal Investigation Department (CID) at 11:00 AM on Tuesday. Prior to her departure to the CID, Walton-Desir spoke with the Village Voice News.

“I received a call after I left Brickdam last night indicating that I am to go to the CID this morning. I wasn’t advised whether it is in furtherance of my complaint which I lodged but given what I’ve seen happening with the Police Force I am not at liberty to assume,” she said.

THE ERC IS USELESS

Walton-Desir said that she filed the police report against Khan because she does not take his utterances lightly. Khan, she pointed out, he owns the RK’s Guyana Security Services which she believes puts her at greater threat with his call for Guyanese to “mark” her.

However, what she finds mind-boggling is that Khan, who has been in the negative spotlight for making racist remarks or remarks intended to cause racial strife — while an ERC Commissioner — has not faced such public interest by law enforcement.

In September 2020, the ERC distanced itself from Khan after the Commissioner made a Facebook post urging “Indians in Berbice” to equip themselves with “batons and sticks for self-defence” during a mass protest in Region Five following the murder of teenagers Isaiah and Joel Henry.

Khan, as a Commissioner, is responsible for maintaining good ethnic and harmonic relations between Guyanese of all races but, for some time, members of the public and high-level officials have expressed their opinion that he has fallen short of these expectations. Though Opposition Leader Joseph Harmon had called for an investigation into Khan’s remarks in 2020 and the ERC had initially stated that Harmon’s letter was sent to the ERC’s Investigative Unit, nothing became of the complaints expressed.

“This is hypocrisy and I wish to make it clear, they are hounding me based on the fact that they are saying something that I never said. That has to be made clear,” Walton-Desir said.

“He himself has been in the press uttering the most disgusting things about Afro-Guyanese while sitting as a Commissioner on the ERC and nothing has been said about it, no condemnation came and, so, it’s the hypocrisy for me.”

Furthermore, Walton-Desir said that the ERC itself has proven once again that it does not serve its purpose to promote good ethnic relations in Guyana and to hold accountable persons that are actually contributing to ethnic strife.

Walton-Desir added: “He is part of a body that is supposed to be forging ethnic unity in Guyana and he is calling for my head. The ERC is useless. It’s useless and Roshan Khan has already tried and decided my case so how am I supposed to rely on anything coming out of the ERC? And it’s ironic that a report was made to the ERC. So, we are in a full-blown circus here in Guyana and, unless we decide as a people that enough is enough and this has to stop, it will continue.”

Tue May 4 , 2021
Support Village Voice News With a Donation of Your Choice. A 13-year-old Dazzell Housing Scheme teen allegedly drown on Tuesday during a swimming trip at Belfield, East Coast Demerara. Dead is Amuel Sancho. The Guyana Police Force, in a statement, said the incident occurred 14:00-15:30hrs on Tuesday. Police investigation thus far revealed that the Sancho and his relatives went swimming […]