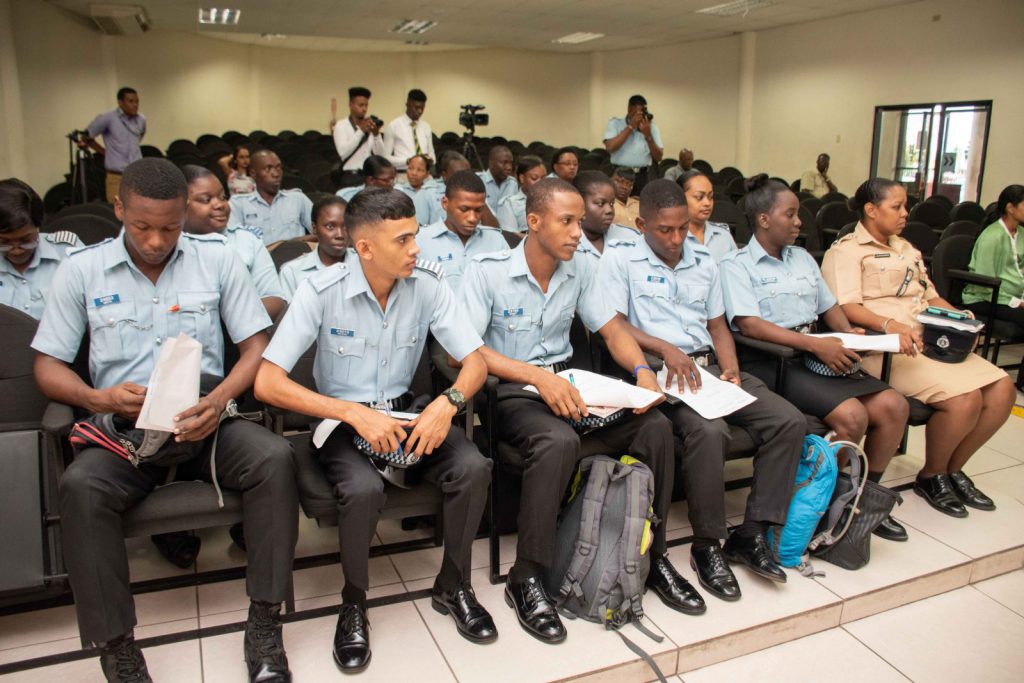 Days after the Georgetown Chamber of Commerce and Industry (GCCI) highlighted to the media its “great concern” about the country’s crime situation, President Irfaan Ali said, on Wednesday, that he has told the Private Sector that there is only so much his Administration can do with its limited resources to fight crime.

“Our country is developing at a massive rate and, as I recently told the private sector, we have limited resources in managing both external and domestic threats to our country’s security. We have recognised the fact that our law enforcement capacity is challenged by the sophisticated evolution of criminal enterprise and my Government understands the responsibility of meeting the challenge to protect our people, their lives, and their property,” the President said.

In a statement hours after a man was shot dead in Charlestown, Georgetown the GCCI had sent out a statement indicating its concern with the escalating crime rate. “The perpetuation of these violent crimes is of great concern to the members of the Chamber as it directly impacts the welfare of the citizens and enterprises of the country,” the GCCI said.

In particular, GCCI said it has been noted that there seems to be an increasing rate of criminal activities against the business community. Recently, popular businessman, Harry Mattai, was stabbed to his back after two bicycle bandits attacked him while he was entering his Bel Air Park, Georgetown, home.

Speaking in general, the GCCI stated: “This has created an air of fear amongst the community in Guyana, as well as the wider citizenry. The GCCI calls on the authorities to take stern actions against the criminal elements and ramp up its campaign against crime-fighting. The Chamber continues to remain willing to assist in any way possible and continues to view itself as a partner in development and nation-building.”

At a press conference at State House on Wednesday, the President acknowledged the concerns about crime but stated that it would take a collective effort to mitigate the situation.

“We cannot do this alone. The private sector must be our partners. We look to their collaboration in providing support and oversight at every level,” the President said.

Last year the Government invested some $15 billion in the security sector. The Head of State told the media that the Ministry of Home Affairs has designed and begun to implement a national plan to tackle crime.

Added to this, the Government is examining establishing a management committee that involves the participation of civil society and is working to strengthen community policing groups amounting to some 4000 members.

The President also announced the planned provision of 50 new patrol vehicles to enhance the mobility of the police force and the near completion of construction of new police stations at Lethem, Mahdia, Fort Wellington, Anna Regina, and Diamond.

Meanwhile, prison facilities that have been grossly neglected are being addressed with focus to be placed on the Mazaruni, Lusignan and New Amsterdam Prisons.

The President said: “I’m confident that our country is on the right path. The journey to prosperity has been accelerated and will only be realised with hard work, commitment and a collective embrace of Guyana’s future. I am now pleased to take your questions. tackles the matter.”

Thu Apr 29 , 2021
Support Village Voice News With a Donation of Your Choice. Dear Editor The Guyana Agricultural and General Workers Union (GAWU) has noted in the April 28, 2021 Stabroek News comments attributed to GPSU President, Mr Patrick Yarde regarding the recent agreement between the GAWU and GuySuCo regarding payments owing to workers since 2019. The newspaper reported Mr Yarde as saying […]