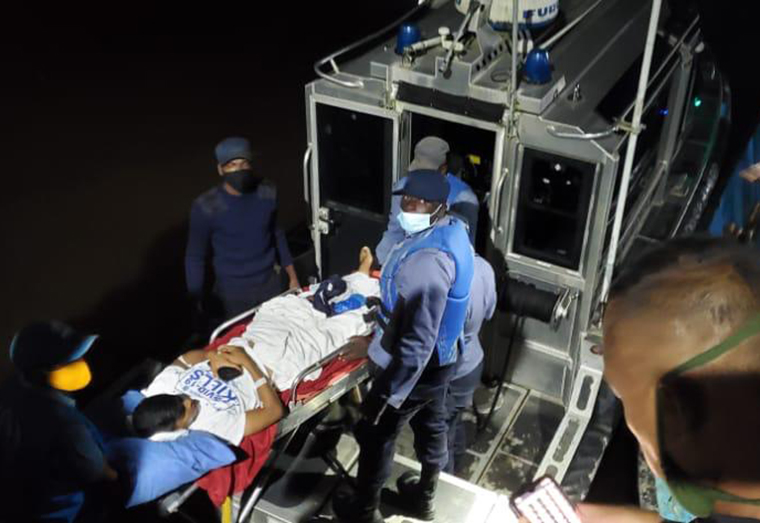 The police are investigating a shooting incident that occurred on April 24, 2021 at Imbotero Landing, North West District, during which a Lieutenant in the Venezuelan National Guard stationed at the Guyana/Venezuela border, Edmundo Luis Berti Garcia, was shot and injured by two other Venezuelan nationals.

Investigations so far have revealed that earlier, on April 19, 2021, the Venezuelan Lieutenant, a 28-year-old man, had intercepted a boat in which a quantity of cannabis sativa (marijuana) was found. The narcotic was seized and the two occupants, who are the suspects in the shooting incident, were subsequently released.

The victim reportedly crossed the border into Guyana at Imbotero yesterday during which he was confronted by the suspects, who were each armed with a firearm, and opened fire hitting him to his body.

The two suspects escaped,  while Edmundo Luis Berti Garcia was assisted out of the river by public spirited persons and then taken to the Mabaruma Regional Hospital by police ranks stationed at Imbotero.

While receiving medical attention at the hospital, the victim requested to be taken back to Venezuela for further treatment. This was facilitated by a team of Police and Guyana Defence Force ranks who took him to the Guyana/Venezuela border and handed him over to another Officer of the Venezuelan National Guard.

Mon Apr 26 , 2021
Support Village Voice News With a Donation of Your Choice. The police have issued a wanted bulletin for a man by the name of Teto ‘Tommy’ Browne in relation to Trafficking in Persons (TIP). Browne’s last known address is unknown to the police but the incident is said to have taken place between December 2020 and April 2021. Anyone with […]