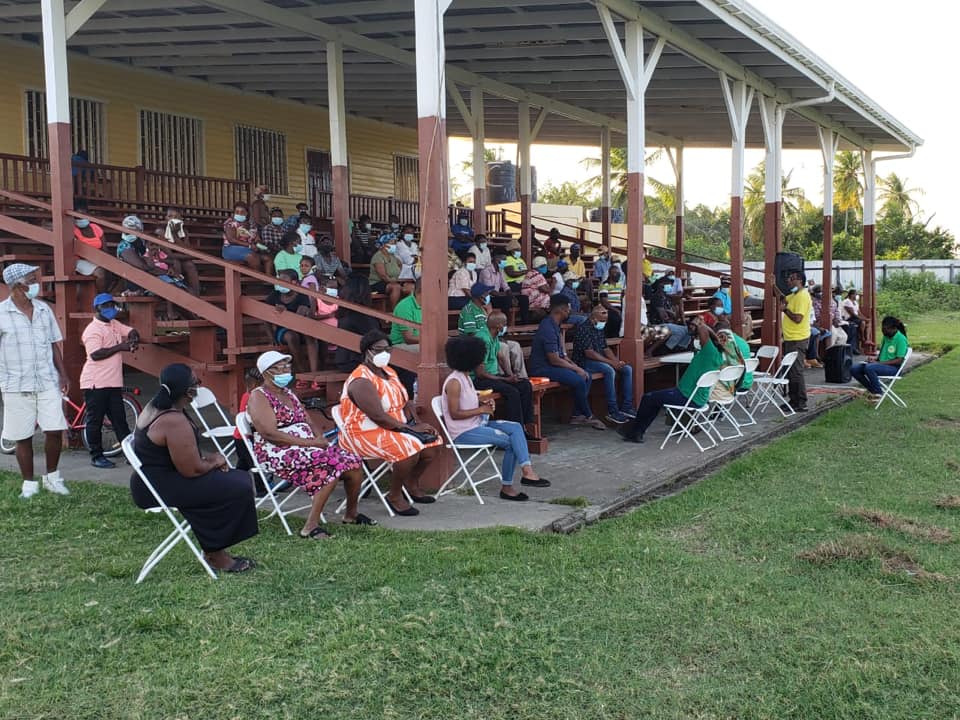 With the primary intention of having a greater understanding of the issues facing the people of Region Five (Mahaica-Berbice), the A Partnership for National Unity + Alliance For Change (APNU+AFC) Members of Parliament conducted a region wide outreach.
The APNU+AFC MPs, who were led by the Leader of the Opposition, Joseph Harmon, visited a total 19 communities Sunday last, commencing from Ithaca, West Coast Berbice to High Dam.

The coalition, in a statement on Monday, said the meetings were well attended by residents, whose views and concerns were unapologetically aired.

APNUU+AFC said the residents called on the People’s Progressive Party/Civic (PPP/C) Government to respect the Constitution and to abide by law and order and to demonstrate good governance.

At each of these meetings, the Members of Parliament distributed tablets to children, seeds for self-sufficiency, among other things; relevant flyers were also distributed.

“Citizens also pointed out that all Guyanese must benefit from the COVID-19 cash grant and it must not reflect discrimination. This must come to an end,” the coalition said.

Tue Apr 20 , 2021
Support Village Voice News With a Donation of Your Choice. Chief Justice (ag) Roxane George moments ago ruled that the appointment of People’s Progressive Party/C (PPP/C) Parliamentary Secretaries Sarah Browne and Vikash Ramkissoon to the National Assembly are unlawful. Christopher Jones, the Opposition Chief Whip, in December 2020, had moved to the High Court to have Browne and Ramkissoon removed […]