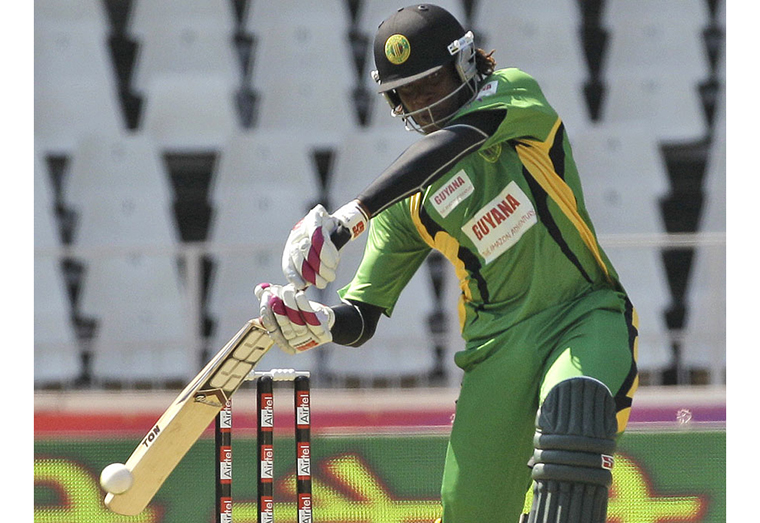 Sports is an important component in the socio-economic development of any country. It improves communities, imbibes discipline in character, generates great leaders, enhances social cohesion, among an exorbitant list of other benefits.

Guyana has great potential in the sports arena, having produced many success stories, especially in cricket. One of the many iconic names that came out of the cricket industry is Steven Jacobs, who is not only a cricket icon, but a successful businessman and mentor to youths.

In an interview with Village Voice News, Jacobs expressed his love for the sport, which started manifesting since he was a child attending Stella Maris Primary School. He recalled visiting his uncle, who played cricket at the Malteenoes Sports Club, and would often watch in admiration, and eagerness to explore the sport. At that young age, Jacobs started playing cricket in Pike Street Kitty, where he grew up, and sometimes at the Burnham Playfield with other children who lived in the area.

During that time, cricket was just his favourite pastime that he enjoyed during classroom breaks, after school, and he was also part of primary school tournaments (tapeball, softball and windball). Becoming a national player was nowhere near his childhood aspirations.

However, Jacobs said that his parents placed a lot of emphasis on education, so he eventually had to put the sport on the back burner to prepare for the then Common Entrance Examinations.

From Stella Maris, he went on to St. Joseph High School where the love for the sport did not die, since opportunities presented itself for Jacobs to continue along that all-rounded athletic path. At the age of 13 he started playing cricket competitively at the Junior level. But it wasn’t until he was around the age of 16/17, Jacobs said he started realising that there is a career in cricket.

“I never really thought of anything to be while growing up, I was basically going through the motions…At the age of 17 I actually saw that there is a career in cricket when I made the National team; from that moment I wanted to be a cricketer. Before then, it was just playing for the love of the game, enjoying every moment,” he told this publication.

Even though Jacobs wasn’t sure what he wanted to become, he mentioned that “one of the things I knew for sure, is that business for me would be at the forefront. I was actually in the Business stream, because my mentality is a hustler’s mentality. My father had a jewellery store, my mom had a little restaurant, and a lot of things they were able to do for us. And something that they instilled in me, is that you just don’t only do one thing. You need to acquire many different avenues of revenue so that you can make it better for yourself and your family.”

In 2005 he graduated from St Joseph High, and went on to Saint Stanislaus College for CAPE, during that time, his cricket career had already begun. He was playing for the Guyana Senior team and was receiving a salary.

After Sixth Form, he went away on contract to Trinidad and played for other clubs, where he was able to secure a scholarship from UWI Barbados Cavehill to study Sport Management. At the campus, he was captain of the combined colleges and campuses that played at the First Class, List A Level, which is a group of University students that played in the cricket team and it provided the opportunity to study and play at the same time.

Jacobs explained that from those games on campus, they were monitored and evaluated, and once they reach the requirements, and performance is at a certain level, they get selected for the National team, and he was selected.

Now with 19 years in the sport, the young cricketer said that he prides himself in the many things he was able to achieve. Some being; “being the captain of the under 19 team and winning the trophy twice, that was back to back titles as the under 19 captain. Me being part of the team that won the regional 4-day tournament under the captaincy of Leon johnson. Me playing Caribbean T20 for Guyana, the year they won the tournament. Winning that tournament and then hence going to South Africa to play in the Champions League. Me representing the West Indies under 19 team, and being the first Guyanese to score 100 in the youth world cup.”

Amidst his success there were downsides to his experience, but Jacobs said that without the sport, he would not be who he is today. He mentioned that his parents would often show him that there is life after cricket, and that he needed to look at that as early as possible.

In fact, he said that his new brand, ‘Jakie the Jeweller’ and his business, ‘Jakie’s Jewellery and Pawn Shop’ were able to be huge successes because of his cricket limelight.

In 2019, Jacobs made the Guyana 1-day team and played for GT20 in Canada. Immediately after that, he played for the Jamaica Tallawahs in the CPL games that year. “With all of that happening, and not making the Guyana team that year, I really said to myself now is the time to launch my business. As an athlete, when you’re off the circuit, not in front of people’s faces all the time, you probably have like a two years span where people follow you and gravitate to you and really look at you. So at that time, I decided it was the right time to launch. I used the opportunity to launch my business in that buzzing period, December 15, 2019. And from then to now, it has been really really good, and so overwhelming. I must thank everyone for the tremendous support to my business.”

Jakie’s Jewellery and Pawn Shop specialises in customising jewellery, gold or diamond, living by the slogan ‘Show us and it’s done’. There is also a showroom at the place of business at 16 Pike Street Kitty, with ready-made jewellery. Additionally, the Pawn Shop aspect features a money lending system, similar to the bank, where persons bring in jewellery, electronics, land or vehicles in exchange for liquid cash.

Jacobs said in time to come, his business we will be doing bigger and better things to serve the people.

As a cricketer, one of the things Jacobs thought was lacking from young cricketers, is proper mentorship, guidance, and the financial support from business persons in Guyana. Now as a successful businessman, Jacobs aids in filling that lack, and urges other businesses to do the same for Guyana’s youth.

“We all know that sports is a tool that can actually mould society into the right direction. And when I say mould, mould the younger generation to head towards an environment, a society that will be very productive. Meaning that persons will come off the streets. Sports has that ability. It’s important for us as business men and women to support athletes. So I took it upon myself after opening, to adopt a cricketer. So Kevin Sinclair is actually the ambassador for Jacobs Jewellery and Pawn Shop. We took that opportunity to mentor him also; give him the backing, guide him in the right way and also help him to make proper decisions. Because you know when you’re young and you have the fame and the money, it gets to you and you may tend to make some hard decisions, some impulsive decisions. So with me having the experience along those lines, I can actually help someone so that we can create something better. I also sponsor small events. What we want is to help people so that they can realise their dream also. So it’s a sense of us giving back. We always try to give back to our society, to make it a really good place for us to live. So I would like to encourage other businesses to do that also. Adopt athletes in different sports, sponsor stuff and help keep people off the streets,” he posited. In addition to a Cricketer and a Jeweller, Jacobs is also a Realtor, Owner of an Entertainment Company, husband and father of two.

Sun Apr 18 , 2021
Support Village Voice News With a Donation of Your Choice. Last Friday Raul Castro, brother of Cuba revolutionary leader and late President Fidel Castro, announced his retirement as Leader of the Communist Party. This party has governed Cuba since 1959 and has withstood economic sanctions by several United States (U.S) presidents that sought to cripple the economy in the hope […]