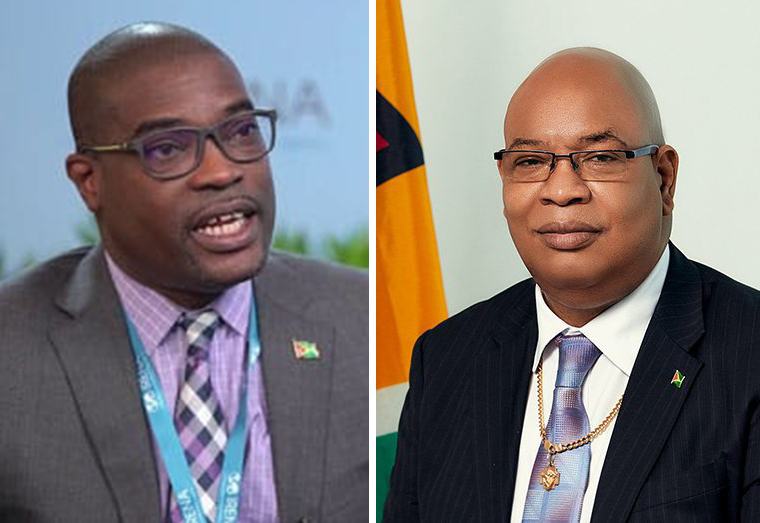 Monday will mark 10 weeks since the work of the Public Accounts Committee (PAC) ground to a halt as government Members of Parliament seek to remove David Patterson as chairman of the body. With the Committee at a standstill, the process of nominating persons to sit on the Public Procurement Commission (PPC) also comes to a halt – a situation the country’s political watchers have described as “wholly unacceptable,” particularly at the time when the country stands the risk of losing billions of dollars through graft and corrupt procurement practices.

According to the United Nations, every year, an estimated US$1 trillion is paid in bribes and US$2.6 trillion is stolen through corruption. Together, this sum represents 5% of annual global GDP. Further, in developing countries, funds lost to corruption are estimated to be ten times the amount of the overall Official Development Assistance. Public procurement accounts for a significant amount of government spending, with the OECD estimates that countries spend an average of 13-20% of their GDPs on procurement. The OECD Foreign Bribery Report (2014) shows that more than half of foreign bribery cases occurred to obtain a public procurement contract.

The direct costs of corruption include loss of public funds through misallocations or higher expenses and lower quality of goods, services, and works (OECD, 2015a). Those paying the bribes seek to recover their money by inflating prices, billing for work not performed, failing to meet contract standards, reducing quality of work or using inferior materials, in case of public procurement of works. This results in exaggerated costs and a decrease in quality. A study by the OECD and the World Bank shows that corruption in the infrastructure and extractives sectors lead to misallocation of public funds and substandard and insufficient services (OECD, 2015a).

Established under Article 212 W of the Constitution of Guyana, the Public Procurement Commission (PPC) is responsible for the monitoring of public procurement and the procedure in order to ensure that the procurement of goods, services and the execution of works are conducted in a fair, equitable, transparent, competitive and cost effective manner.

However, it has been five months since the life of the old Commission, headed by Carol Corbin – a Project Management Professional – expired.

In an interview with Village Voice Newspaper, Chartered Accountant and Attorney-at-law, Christopher Ram said the situation is wholly unacceptable. “We could be losing billions of dollars because of the failure of our political parties to ensure that there is continuity in our financial arrangements,” Ram said. The PPC, among other functions, is required to investigate complaints from suppliers, contractors and public entities as well as investigate cases of irregularity and mismanagement and propose remedial action but with the Commission being expired, there is no one to carefully monitor the award of contracts.

Stabroek News, in a report published back in February, 2021, said that over a period of four months, Western Scientific, a Trinidadian company, and New Guyana Pharmaceutical Corporation (NGPC) received the “lion’s share of contracts for over $5B in pharmaceuticals and medical supplies sales” while smaller companies were sidelined.

While making a case for an interim system to be put in place by the National Assembly to ensure the fair and equitable distribution of contracts, Ram said it does not appear that issue regarding the PPC is being treated with the seriousness it deserves. “Some interim measure needs to be put in place,” he said while dubbing the situation unacceptable.

Former Government Minister and Political Commentator, Dr Henry Jeffrey made a similar proposition. Dr. Jeffrey told Village Voice News that with no PPC, the National Procurement and Tender Administration Board (NPTAB) is left to function without any proper oversight.

He said while the Government and the Opposition may be able to find a solution, it is unfortunate that the two sides do not speak. “Part of the problem is that the Opposition and the Government don’t even talk because you could have worked out something, you could have recommended some kind of reconciliation in terms of making some agreement that has nothing to do with the dispute of the PAC but would have allowed the Commission to work,” the political commentator said.

Nonetheless, he urged that good sense prevail. “If the PAC is a sub-committee of Parliament, Parliament should be able to take some action, it just can’t be left hanging like that all of the time,” Dr. Jeffrey said.

Transparency Advocate and Economist, Ramon Gaskin laid the blame at the feet of both the Government and the Opposition. “They are in violation of the Laws of Guyana,” he told Village Voice News. Gaskin contended that even with a PPC in place, sole sourcing of contracts, had been a major problem particularly in the health sector. This problem he posited, is likely to deteriorate in the absence of a Commission.

He said the failure of the PAC to reconstitute the PPC is just a tip of the iceberg, pointing out that issues relating to the economy, crime and security, the oil and gas sector and the COVID-19 pandemic warrant the urge attention of the Government, the Opposition, and the National Assembly as a whole but that too has not met since the 2021 National Budget was passed in early March. The Transparency Advocate said it is time for the National Assembly to sit to address the issues plaguing the country.

But while there being calls for an interim system to be put in place or for an early intervention by the Parliament of Guyana, Chairman of the PAC, David Patterson, MP, said there can be no shortcut as he pointed to the Constitution of Guyana. “It is a constitutional agency, it has to get two-thirds approval in the Parliament so it has to go through the process, there is no shortcut to it,” the A Partnership for National Unity + Alliance For Change (APNU+AFC) Member of Parliament told this newspaper.

Article 212 X (2) of the Constitution stipulates that “The President shall appoint the members of the Commission after such members have been nominated by the Public Accounts Committee and approved by not less than two-thirds of the elected members of the National Assembly.”

Patterson, however, confirmed that the impasse over his chairmanship, has stalled the process that would lead to nominees for the Commission being tabled in the National Assembly. However, with the PAC expected to meet on Monday, April 12, Patterson it hopeful that the matter would be resolved, paving the way for the work of the Committee to move forward. Once the issues facing the Committee are resolved, Patterson anticipates that the names of nominees could be submitted to the National Assembly, following due procedure, within four weeks.

Minister of Public Infrastructure, Juan Edghill, who is among five Government MPs on the PAC, said Government stands ready to reconstitute the PPC. “The Government is willing, eager and ready to have a properly constituted Public Procurement Commission (PPC). We believe that it is an important part of the governance architecture in ensuring transparency and accountability,” Minister Edghill said.

However, he expressed disappointment that the work of the PAC is at a standstill. “We are extremely disappointed with the happenings at the Public Accounts Committee (PAC) which have led to aborted meetings, and stymieing of the business and work of the Committee,” he told Village Voice Newspaper, while noting that Government intends to use every mean available to remedy the situation to allow for a properly functioning PAC.

On Monday, the PAC is expected to examine the legal opinion provided by Victoria Law Chambers’ Attorney-at-Law Keavon Bess to the Clerk of the National Assembly, Sherlock Isaacs.

The Clerk was advised that in the absence of the Chairman of the PAC, any other Member of the Committee inclusive of those on the governing side could be elected to chair but only for a day.

Isaacs had had turned to the Victoria Law Chambers for legal advice after the Chairman of the PAC, David Patterson, during the last two meetings of the Committee, vacated his post to pave way for the Committee to vote on a Motion of Confidence brought against him by the Government. However, the Committee was left in limbo when none of the other Opposition Members of Parliament opted to take up the post, thereby preventing the motion being put to a vote and the work of the Committee coming to a standstill.

6-month baby dies after being poisoned by mother

Mon Apr 12 , 2021
Support Village Voice News With a Donation of Your Choice. …mother, who also ingested poison, died days earlier, second child still alive Linden mother, 24-year-old Temeica Sampson, who poisoned her two children along with herself on Thursday has died along with one of her children, 6-month-old Malique Newton. Still in the hospital receiving care is her eight-year-old daughter. The three […]