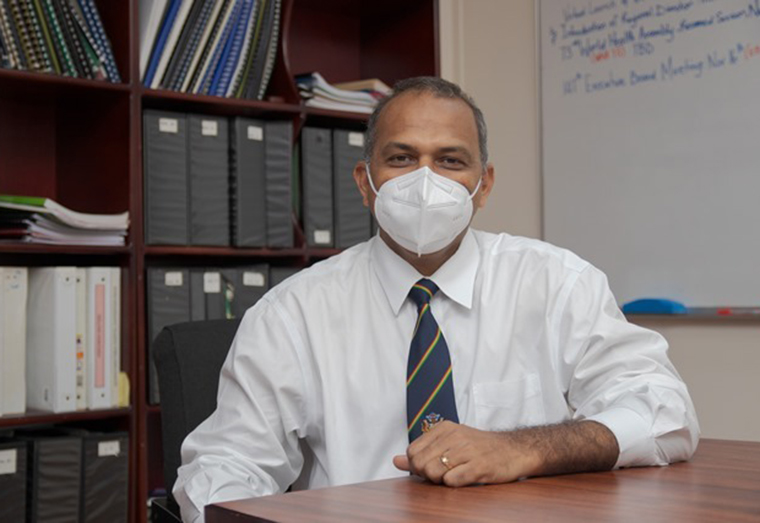 – Min. Anthony encourages public to get the jab

Minister of Health, Dr. Frank Anthony has said the COVID-19 vaccination campaign is moving a pace with 52,854 individuals immunised as of Thursday.

The Minister made this statement during Friday’s COVID-19 update. He said an average of 4,500 vaccines are being administered per day at the various sites countrywide. This, he noted, is a significant increase when compared to the first few weeks of the vaccination roll out.

The Minister said most of the vaccines have to be administered in two doses. As of Thursday, some 60 persons who took the Sinopharm vaccine received their second dose. Dr. Anthony said these individuals would have to wait a period of seven days to be considered fully immunised. “Those who took the AstraZeneca, we are asking them to wait at least for 12 weeks. Those who are now taking the Sputnik vaccine they would have to wait for 28 days and then they’ll get their second dose.”

Meanwhile, Minister Anthony has again called on the public to get their jabs to help protect themselves and their families. He explained that while not everyone will receive the Covid vaccine, enough people have to be immunised to create herd immunity in Guyana.

Sat Apr 10 , 2021
Support Village Voice News With a Donation of Your Choice. Government is accelerating efforts to operationalise the new Department of Fisheries’ marine observation vessel, to effectively patrol Guyana’s Exclusive Economic Zone, and increase the monitoring of fishing activities. The $99 million Cavalli (Caranx hippos), which was commissioned in June 2020, is currently docked at the headquarters of the Guyana Defence […]