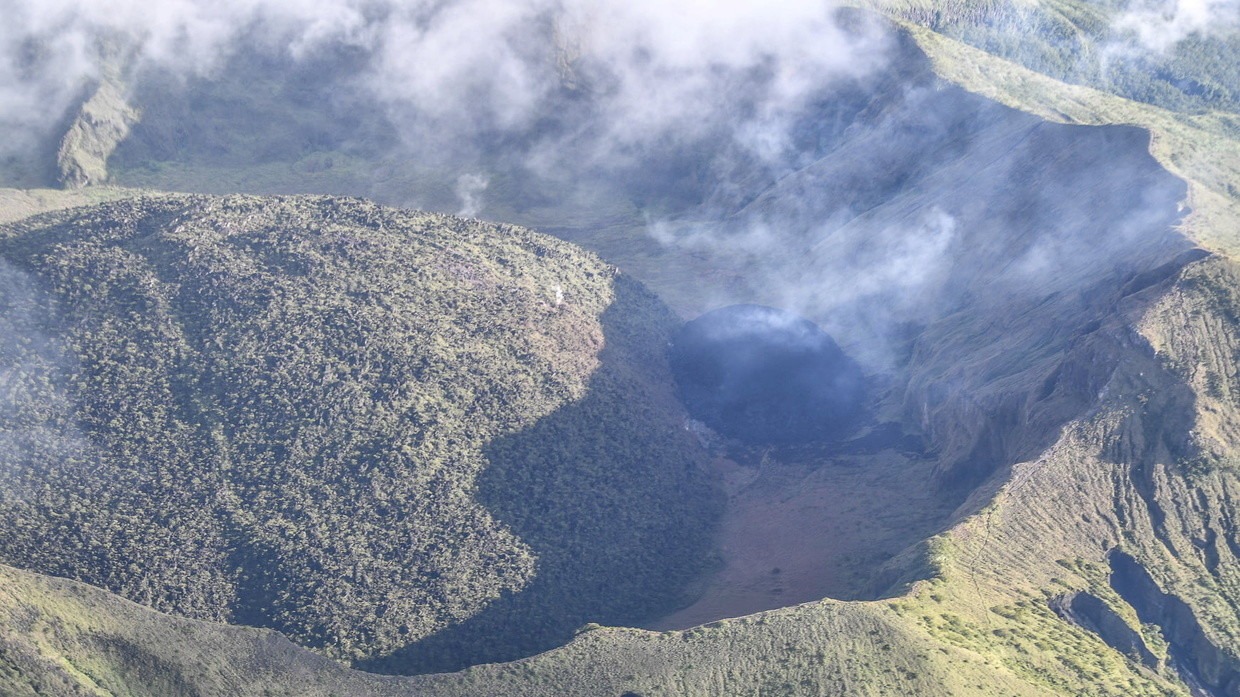 Guyana has pledged material and other support to the island of St Vincent and the Grenadines following warning of a Volcano eruption there.

The Caribbean island has declared a red alert and issued an evacuation order after seismologists warned that the La Soufrière volcano shows signs of an imminent eruption. Prime Minister, Ralph Gonsalves, issued the order on Thursday after several days of increased seismic activity. The country’s National Emergency Management Organisation said on Twitter there was a “substantial prospect of disaster”, and warned residents to “be ready, get your things in order”. “Safe areas where people will be evacuated to are from North Union to Kingstown, on the Windward side of the island, Barrouallie to Kingstown on the Leeward side and the Grenadine Islands,” Nemo tweeted.

A cruise ship from the Royal Caribbean line was heading to the island to help with evacuation efforts, Nemo said. The geologist Richard Robertson said that La Soufrière could erupt in a matter of hours or days, according to the St Vincent online newspaper News 784.

Monitoring stations had reported long earthquakes, which suggested that fresh magma was trying to reach the surface, and indicated that the volcano was moving to “an explosive stage”. Video posted on social media showed a plume of smoke towering above the volcano, which is the highest point in the island country of Saint Vincent and the Grenadines.

La Soufrière has been increasingly active since November. On Monday, researchers from the University of the West Indies reported that its monitoring station had detected a “swarm of small volcano-tectonic earthquakes”, which increased steadily in magnitude. “The earthquakes were located beneath the volcano’s summit at 6km depth. The largest event reached the magnitude of 3.5 that was felt by residents living close to the volcano,” the UWI said in a statement.

La Soufrière’s most devastating eruption was in 1902 when about 1,600 people – most of them indigenous Caribs – were killed. It last erupted in April 1979, but there were no casualties as the local population was evacuated.

Meanwhile, President Irfaan Ali in a statement said: “Having regards to the emerging situation in St Vincent and the Grenadines, this afternoon (Thursday) I called Prime Minister Dr Ralph Gonsalves and assured him of Guyana’s full support in dealing with this looming crisis.”

Ali said he discussed with Gonzalves immediate support, which will be required in the response. “The Prime Minister indicated that apart from the need to evacuate citizens, there were other emergency material needs. I committed to him that Guyana, upon receiving the full list of their needs, would immediately put together a national response to supply the items and arrange for them to be shipped to St. Vincent and the Grenadines,” Ali said. According to the Guyanese leader, at this time, “we would like to assure the citizens of St. Vincent and the Grenadines of Guyana’s unwavering support and solidarity.”

Caricom mobilised
For its part Caricom said in a statement it has mobilised to support St Vincent and the Grenadines as it faces the possibility of an imminent eruption of La Soufriere Volcano. “Following an evacuation order of the immediate area around the volcano by Prime Minister Dr the Honourable Ralph Gonsalves, CARICOM Member States have offered support to house evacuees from the affected area.”

“The scientific team from the University of the West Indies (UWI) Seismic Research Centre (SRC) has been in the country constantly monitoring the volcano and rendering scientific advice to the Government of St Vincent and the Grenadines. The Caribbean Disaster Emergency Management Agency (CDEMA) has been working alongside the St Vincent National Emergency Management Organisation (NEMO), the SRC and the Regional Security System (RSS),” Caricom said in its statement.
Additionally, Caricom said CDEMA has activated its regional support operation including the deployment of a specialist to St. Vincent and the Grenadines. The Agency is providing technical assistance to NEMO with Evacuation and Logistics Planning. The Community stands with the Government and People of St Vincent and the Grenadines in this perilous situation.”