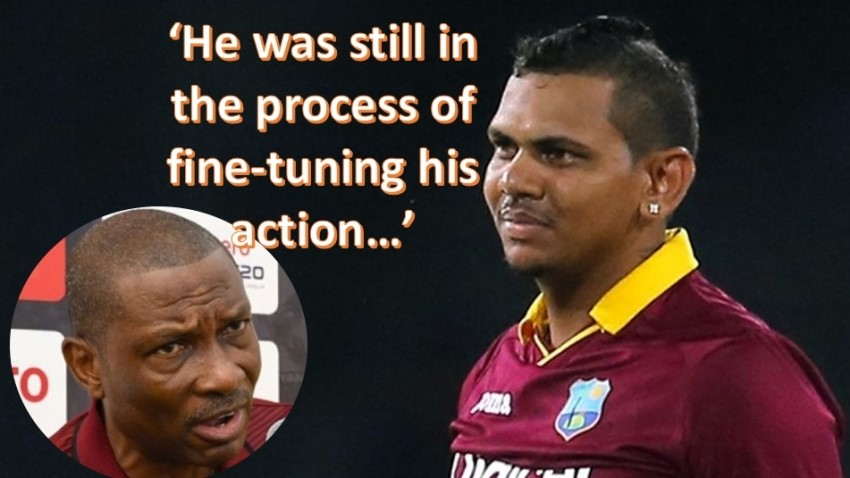 (SPORTS MAX) West Indies chief of selectors, Roger Harper, has revealed that the panel remains in the dark regarding the future of spinner Sunil Narine who remains unavailable for selection.

The 32-year-old Narine is widely regarded as one of the best spinners in the world but has not appeared for the West Indies since 2019.  In total, Narine has played 6 Test matches, where he claimed 21 wickets, 65 One Day Internationals, where he has claimed 92 wickets, and 51 T20 Internationals where he has taken 52.

The player has, however, throughout his career been plagued by questions surrounding his bowling action.  In 2015, Narine was suspended from bowling in international cricket, after his action was deemed to be illegal.  He was reported during the ODI series against Sri Lanka.  He was cleared a year later after doing remedial work on his action.  Narine was reported again during the 2018 Pakistan Super League but was cleared soon after.  Again, in October 2020, the spinner was reported by on-field umpires for his bowling action in the 2020 Indian Premier League, which was cleared by IPL Suspect Bowling Action Committee in September.

According to Harper, at this point, the bowler does not seem comfortable enough with his technique to return to international cricket. “Sunil Narine has indicated to us that he is not yet ready for the international scene,”
Harper told the Mason and Guest radio program.  “He was still in the process of fine-tuning his action.  He had some issues with that so he is in the process of fine-tuning it,” he added.

“So, when he makes himself available and thinks that he is ready for international cricket, we will then have to make a determination at that point.”

Thu Apr 8 , 2021
Support Village Voice News With a Donation of Your Choice. Dear Editor: Let me register disagreement with Minister of Labour, Joseph Hamilton’s efforts to deflect from the extant industrial grievances, between the workers and RUSAL management of the Bauxite Company Guyana Incorporated (BCGI), during his recent outreach exercise in the Kwakwani region. It is an affront to bauxite workers, their […]